LBP 176 billion: The cost of public hospital staff in Lebanon

0
LBP 176 billion: The cost of public hospital staff in Lebanon

0
In 1977, after the election of Elias Sarkis as president and the formation of a new government under the leadership of Dr. Salim Hoss, officials wrongly believed that the Lebanese war was over. They decided to establish the Council for Development and Reconstruction (CDR) to rebuild what had been...

95 Associations have a 'Social Welfare' status: Sectarian and Political Quotas

0
Lebanese NGOs, which number more than 7,000, are classified into various types and levels.

0
By definition, public service jobs serve society and improve the various services provided to citizens by the state. In Lebanon, however, they are monopolized by the Zua’ama of the 18 Lebanese sects. The politicians distribute public service jobs among their unqualified supporters

0
Shocking news: USD 12 billion spent on electricity over seven years The Council of Ministers held a session on Monday July 18, 2016, at 10 a.m. to “delve deeply into the situation of public finance based on a report by the Ministry of Finance”. The figures included in the report are... 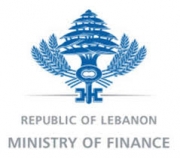 59 additional staff in the Directorate of Expenditures

0
The Directorate of Expenditures is a department in the Ministry of Finance. It is the body that scrutinizes and pays governmental administrative expenses such as the salaries of employees and retirees

Large Lebanese delegation to participate in the International Labor Conference