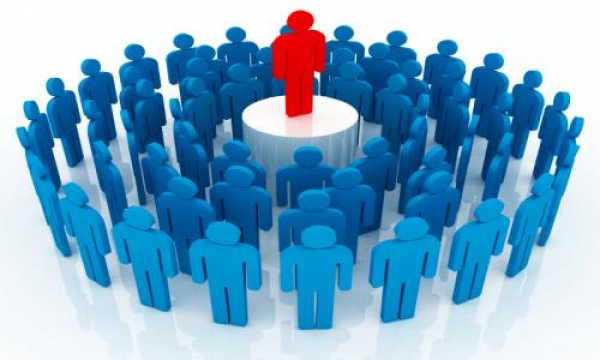 Contrary to its predictable and orderly orbit, the rotation of Hyperion exhibits chaotic and irregular variations. While most celestial bodies have a ball-rolling motion, Hyperion’s motion resembles that of a ball hitting the ground then bouncing up only to fall and rebound again to infinity. What happens exactly to make way for this puzzling rotational behavior?

Early in history, the rotational period of Hyperion around its own axis (length of a day on Hyperion) was by far faster than its rotational period around Saturn (length of a year). Its motion was orderly at the time. With time, the gravitational force of Saturn led to slowing down Hyperion’s self rotational period and made it assume a spinning top form. Due to friction, Hyperion continued to lose its energy until it reached a level equaling its irregular motion. In a matter of days, the stability of millions of years disappeared, giving way to multi-directional chaotic variations during 3 or 4 orbital cycles.

Such unfathomable phenomena are not restricted to fields that are remote from everyday life. In fact, they encircle the human life from all its sides. A veteran seaman is capable of knowing the temper of the sea. Maritime meteorology can predict the ebbs and flows for the long haul and there even exist accurate charts detailing these tidal movements for the future years. However, aircraft navigators cannot obtain similar predictions of the weather patterns, even if just for hours or a couple of days. Even the supercomputers with the most advanced and fastest processors fail to crack the code of long-range weather forecasts. Why is that?

Until recently, scientists have been trying to explain the difference between order and chaos in a direct manner by simply saying that this system is complex. But complexity is no sufficient justification, for chaos may originate from a system with the utmost simplicity. The difference, apparently, lies in the distinctive natures of order and chaos. For instance, the factors responsible for the ebbs and flows interact with each other in a systematic manner that may be predicted beforehand, thus imparting a manifestation of order. The weather, on the other hand, depends on changeable elements interacting in irregular ways that are hard to foretell in advance. This implies that the weather belongs to the world of chaos or blindness.

In the early 1960s, and in order to study weather conditions, American scientist Edward Lorenz was conducting a number of experiments at the renowned Massachusetts Institute of Technology using computer simulations to generate weather patterns. Wishing to reexamine a number of findings, Lorenz ran his program again. In order to save time, he entered the values that his computer had calculated and reported, and which differed slightly from the initial values, expecting to reach similar results. When he returned to his office one hour later, he realized that the predictions were absolutely different. In other words, the minor imperceptible differences spotted at the time of entry evolved rapidly into system-level variations that affected the entire output resulting in significantly different outcomes. A new science germinated from this observation, unveiling many of enigmas and perplexing phenomena ranging between disruption, complexity and chaos.

In the mid 1970s, while working at the Los Alamos National Laboratory in New Mexico, mathematical physicist Mitchell Feigenbaum noticed patterns of regularity in the behavior of simple mathematical equations when repeated each time the results were fed into the computer as computations. It is established among mathematicians that the equations can be treated to produce a predictable linear sequence of digits, then a non-linear one. The surprise emerged when Feigenbaum spotted beautiful mapping patterns during the transformation of digits from regularity to non-regularity. He also observed that dissimilar equations produce the same patterns during the transition from order to chaos, noting that a constant numerical value has always underlain these patterns. This discovery constituted a major milestone that allowed the study of the dividing line between orderly and chaotic behaviors.

The chaos theory unravels an entirely odd, rather new, universe. It gives rise to new mathematics and introduces a radical view toward the eccentricities and peculiarities of nature. This view is premised on the idea that a bewildering discipline underlies the apparent chaos of the world and that this discipline can be understood through modern tools and methods and a fresh look into the world.

If we go back to the Hyperion example and its vacillation between order and chaos, we realize that these two paradoxical phenomena are manifestations of the celestial bodies’ motion and are governed by different physical laws: inevitable laws as to location on the one hand and random ones as to direction on the other. In this sense, the solar winds or the gas clouds between planets may be deemed random stimuli affecting the direction that Hyperion takes. However, this is not possible because the same laws, Newton laws of motion and gravity, provide explanations for both the regular and non-regular phenomena, in the motion of Hyperion.

This makes it all the more complicated. What is the truth of the matter, then? This, we will answer in our next issue.