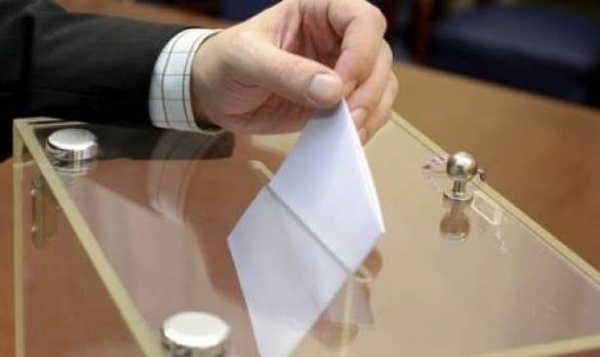 Therefore, Parliament approved on September 29 the electoral law, which was issued on October 8, 2008 under the No. 25.

Today, the majority of the Christians are contesting the electoral law, which they once embraced, together with the Amal Movement and Hezbollah, while the Future Movement and the PSP are challenging proportionality. MP Boutros Harb has also deviated from his previous position and voiced his opposition to proportionality.

Jumblat and the Future Movement have maintained consistent stance on the 1960s’ law, while the shifting opinion has proved substantial among the Christians.

“I congratulate the Lebanese for the approval of the new electoral law and I hope to see a proportional electoral system materialize.” (Statement by the then PM Fouad Seniora on September 30, 2008).

“The approval of the law defuses the political tension. However, not approving proportionality is not a beneficial move.” (Statement by the then Minister of Interior and Municipalities Ziad Baroud on September 29, 2008).

“I regret that the there was an accord in Doha on the 1960s’ law. There is no worse law than this one. May God shield us from it and from the sectarian federations.” (Statement by former PM Omar Karami on September 27, 2008).

“We are surprised that this compromise has been reached at the expense of proportionality and the adoption of Lebanon as a single district. The SSNP expresses reservations over the 1960s’ law.” (Statement by MP Marwan Fares on September 29, 2008)

“The electoral distribution has been addressed on a pluralistic system, which is not a progressive reformative step but rather an exceptional one to relieve the Christians first, then move towards reform later. I do support proportionality but I believe that the priority today is to tackle the mental stance of the Christian community.” (Statement by MP Boutros Harb on September 27, 2008).

“There won’t be fair representation without a proportional system, but we will abide by all the terms of the Doha Agreement and comply with the 1960s’ law.” (Statement by MP Ahmad Fatfat in Parliament on September 27, 2007).

“This law has restored long-lost rights.” (Banners raised by the Free Patriotic Movement supporters upon the return of General Michel Aoun from Doha in 2008).

“The electoral law of the 1960s is inequitable and at odds with the constitutional principles.” (Statement by Michel Aoun on November 12, 2012).

“The Future Movement announces its disapproval of a proportional voting system at this particular stage due to the systemic dominance of de facto powers over certain regions.” (Statement by the Future Movement on January 8, 2013).

“I urge the formulation of a new electoral law, as that of the 1960s law marginalizes a significant segment of the Lebanese population.” (Statement by Patriarch Al-Rai on December 4, 2013).

“It is irrational to propose proportionality at a time when sectarian divides are at their peak. The smaller the districts become, the closer we get to the Orthodox Gathering proposition, which can’t be passed under any circumstances. The most convenient exit at the moment is the 1960s’ law.”(Statement by Walid Jumblat on September 29, 2012).

“I oppose the Orthodox Gathering proposition and the proportional voting system under the presence of illegitimate weapons in Lebanon.” (Statement issued by MP Boutros Harbs’s media office on January 9, 2013).