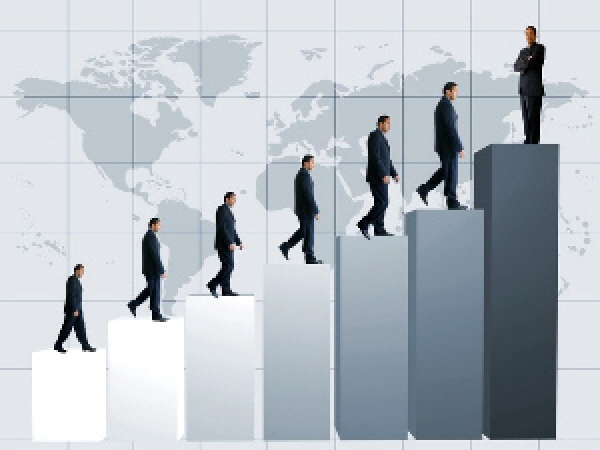 In fact, it didn’t take much for the economy to become more depending on knowledge and information. The distribution of knowledge and its diffusion through official and unofficial networks proved to be a major factor in economic performance, along with the skilled labor force, which turned to be an integral aspect of the new economy. The scientific system filling information communities has contributed greatly to the knowledge economy, which rendered the reliance on intellectual capabilities bigger than that on input and natural resources, particularly after the spread of computers in the late fifties. The emergence of the internet and the electronic mails resulted in expanding knowledge and giving birth to a new knowledge community, capable of reformulating the nature of work and economy. Consequently, information became a primary commodity for the knowledge economic activity, to the point that two-thirds of the economic growth in the United States became attributed to knowledge economy. Out of the 19 million jobs, which were created in the 1970s and which account for the largest increase in the history of the United States, only 11% were associated with goods-producing industries, while the rest was focused in the sectors of knowledge and information.

Japan and Western Europe followed in the United States’ footsteps. Creation and innovation became the pillars of knowledge economy in the industrial world and modernization no longer needed costly material additions. Car manufacturing for instance ceased to be a mere metal production amended from time to time but a quasi-smart machine reinvented using computer technology.

Today, knowledge economy stands at a remote, yet smooth distance from the past and constitutes a new path operating under a new spectrum of titles. Not only is it active at the level of knowledge-based industries, but transcends them to influence all economic sectors. Its enormous use of information and telecommunication technologies translates into more innovation in the market, thus pumping fresh blood into the knowledge sector, which in turn flourishes through the use of its own inventions. Institutions of the market economy move then to advancing their technologies and reorganizing their work and performance. Knowledge increases investment revenues, while investment facilitates the accumulation of knowledge by encouraging more effective production means as well as higher-quality services and products.

In addition, technology flows from one company to the next and from one industry to another, thus introducing new ideas at a lower cost. This excessive flow helps attenuate the complications imposed on growth as a result of capital scarcity. Technological changes can also increase the capital’s relative productivity through training of the labor force, research investment and the creation of businesses.

Conventionally, the economic activity focuses on labor force, capital and energy while knowledge and technology are two external factors that affect production from a distance. Today, new approaches are under way to insert technology directly into the heart of the production process so that investment in knowledge would increase the production capacity of the remaining factors. With ever-increasing returns, knowledge investment is the key to long-term economic growth.

As a matter of fact, viewing knowledge as a major factor in growth is not a new discovery. Adam Smith had spoken already in the 19th century of new ranks of speculative experts who would put information in the service of economy, while Friedrich List highlighted the importance of institutions and infrastructure in advancing the production forces through the creation and spread of knowledge. Modern 20th century economists like Galbraith, Goodwin and Hershman considered innovation a key factor in stirring the economic dynamics.

In conclusion, knowledge economy may be defined as “an economic activity concerned with the production, spread and use of knowledge and information in a direct manner, so as to accelerate technical and scientific development and ensure faster progress. To that end, it relies on networking, skilled labor force and the scientific system accessible to everyone.”