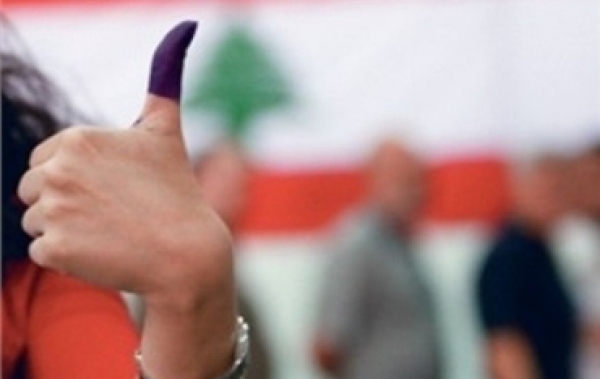 The electoral proposal below bestows upon Muslims and Christians equal elective power as it allows each religious community to elect the same number of deputies just as in the Orthodox Gathering draft law.

What distinguishes this proposal is that although Muslims and Christians vote in separate districts, they have to vote for an equal number of Muslim and Christian deputies in each district. For instance, in a 2-seat Christian district, Christian voters have to vote for one Christian and one Muslim representative. In a 6-seat Muslim district, Muslims would have to cast their ballots for 3 Muslim representatives and 3 Christian ones. Ballots that do not contain an equal number of Muslim and Christian candidates would be annulled. The proposal does not, however, impose a closed-list system, in order to avoid automatic trade-offs between communities.

The proposal satisfies three important conditions. It exactly respects the “Mounassafeh” principle, which is a fundamental tenet of the Taef Constitution. It strikes a just balance between direct community representation and the building of bridges between religious groups. Half the deputies would be elected directly by their own communities, and would be their voice in Parliament. The other half would be elected by voters from a different religion, and would be a strong moderate center in Parliament, changing the tone of the political discourse.

At a more basic level, the requirement that voters select their representatives equally from the two religious groups, would disrupt their sectarian attitudes and help build a genuine partnership between Muslims and Christians, thus conditioning minds to accept the eventual elimination of political sectarianism.

Mourani suggests raising the number of MPs from 128 to 132 with a 50/50 split between the two religious groups as illustrated in Table 1. The 4 additional seats would be for the Sunni, the Shia’a, the Maronite and the minorities.

The proposed formula divides Lebanon into 49 districts, as illustrated in Tables 2 to 6. There will be 16 Muslim districts with 66 seats, while another 66 seats will be assigned to 33 Christian districts. As previously mentioned, Muslims and Christians will obtain equal number of seats in each district and Mohafaza as follows:

1 The detailed proposal by the author can be viewed at: