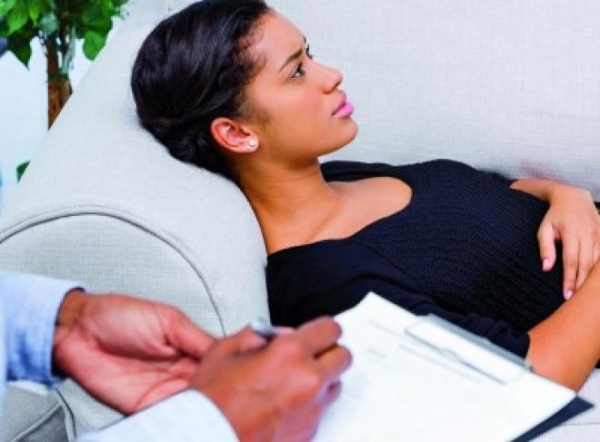 As the name suggests, the PTSD develops after a frightful trauma. The trauma can result from a natural catastrophe, a military conflict, a violent assault, or a horrifying accident. The common denominators are fear, horror, and helplessness, which in certain individuals causes the brain to program an unhealthy response, leading to an alarmed mental state that interferes with natural healing. The facts that only about 15-35% of the victims of trauma acquire the PTSD and that occasionally one acquires the PTSD with no memory of a frightful trauma tells us that certain brains are PTSD prone whereas others are PTSD resistant.

The accouterments of the PTSD such as anxiety, depression, addiction, drug abuse, and the associated physical illnesses such as asthma, high blood pressure, fatigue, and chronic pain combine to make PTSD a multifaceted disorder with myriad medical presentations. However, the three core symptoms that define the PTSD are a) re-experiencing of the horrifying event, b) avoidance of reminders of the event, and c) living in a state of alarmed hyper-arousal for at least one month after the event.

PTSD is common, especially in societies that live with violence. Estimates suggest that 5-10% of men and twice as many women experience PTSD during their lives. Moreover, PTSD lasts longer in women, averaging 48 months versus 12 months in men. Although at two years, about half the PTSD victims recover, recovery may not be complete and many continue to experience residual symptoms for longer periods. Chronic or life-long PTSD persists at some level in about a quarter of its victims with increased comorbidities such as drug abuse, alcoholism, addiction, depression, anxiety, fatigue, and chronic pain.

Recognition of PTSD is not always easy because often patients do not relate their symptoms to the traumatic event or are ashamed to do so. Thus a man with chronic backache, alcohol abuse, and depression may not connect his symptoms to an explosion that occurred few years earlier. And a woman with anxiety, pelvic pain, and fatigue may not be willing to connect these symptoms to a rape that took place when she was in her teens. However, skillful questioning can bring the truth out and that renders treatments much more effective.

The treatment of PTSD is both medical and psychological. The psychological treatment depends on exploring the impact of the traumatic event in terms of persistent symptoms and on tempering these symptoms with cognitive behavior therapy. Cognitive behavior therapy, which is a learned mental skill, empowers the patient to recognize and control the PTSD symptoms. Once it is learned, the patient functions as his own cognitive therapist subjecting his negative thoughts and feelings to evidence based scrutiny and discarding them as irrational when they cannot be backed up by solid evidence.

Medical therapy relies on correcting the brain chemical abnormalities associated with the PTSD and treating the associated comorbidities such as anxiety, depression, fatigue, and body aches. Some of the chemical abnormalities, such as the reduction in cortisol levels and the increase in adrenaline levels, respond to certain blood pressure and antidepressant medications in preference to others. The science of brain chemistry is complex and such treatments are best left to doctors who are highly experienced in treating the PTSD.

Traumatic events are unavoidable and will always influence our lives in good and in bad ways. Whereas certain traumatic events can make us better and stronger, others can make us sicker and weaker. The level of trauma, the cultural-historical context, and the constitution of the individual are the three main variables that determine the outcome.

An excellent review of the PTSD can be found on the following web address: http://en.wikipedia.org/wiki/Posttraumatic_stress_disorder