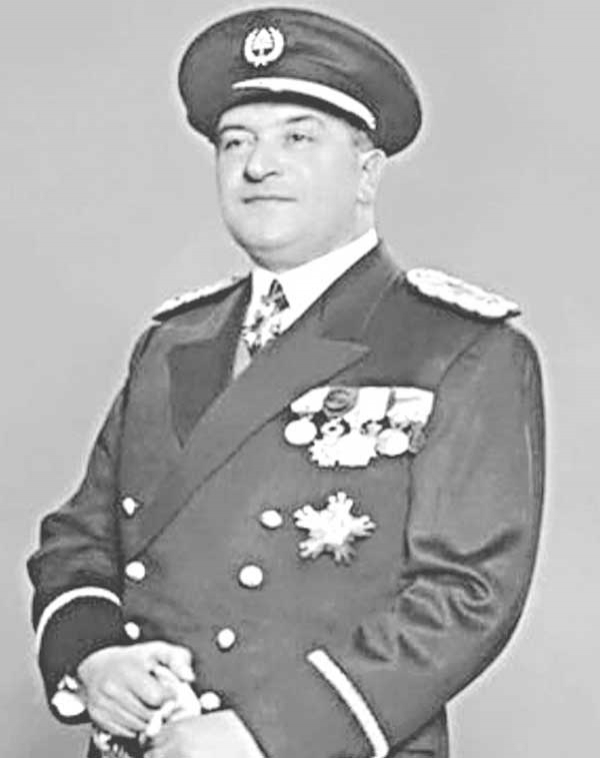 Emir Fouad Chehab was born in Ghadir, Kessrouan, on March 19, 1902 to a family of noble ancestry- Chehabi Emirs. In 1907, his father, Emir Abdullah Chehab, decided to emigrate in order to escape poverty and provide for his wife, Sheikha Badi’a Hbeish and their three children, Fouad, Farid and Shakib. Accounts of his destination were contradictory varying from Egypt to Turkey to the US. After nearly two years, news no longer came from Emir Abdullah and speculation was rife about his fate. He was last seen in Marseilles but whether he drowned while attempting to relocate elsewhere, was murdered, or died of natural causes, nobody could tell. Fouad Chehab was left fatherless.

After losing contact with the father, the family slid into deeper poverty. Sheikha Badia’a returned to live with her father, Sheikh Taleh Hbeish, and her four siblings, Wadeeh, Badeeh, Isabel and Nabiha, at their home in Jounieh.

With the outbreak of the First World War in 1914, schools were closed. Fouad Chehab and his two brothers moved into a small school located by the Port of Jounieh and run by a single principal and teacher, the priest Louis Al-Khazen.

However, abject poverty forced Chehab to drop out of school and start working as a bailiff in the Court of Jounieh for two years, thanks to support from his uncle, Wadeeh Hbeish.

In September 1919, Fouad Chehab enrolled himself in the French-run Syrian Cavalry Regiment in the Levant. He left it one year later and remained unemployed until finally joining the Military Academy of Damascus. He graduated as a commissioned officer on September 20, 1923 and was gradually promoted to the rank of Captain by December 1929.

On July 26, 1946, the Lebanese government appointed Zai’im (a military rank of that time) Fouad Chehab as Commander of the Lebanese Army. Chehab held office for 12 consecutive years before his election as President of the Republic, thus becoming the first ever military commander to head the state.

During his 12-year tenure as Commander, Chehab developed the Lebanese Army by restructuring its lines and enlarging its weaponry thus empowering the army to protect the republic. He was hailed as the ‘builder of the Lebanese Army’.

Presidency of the Republic

Despite his wish to remain out of the public eye, Fouad Chehab drew uncontested attention during his term as Commander of the Army. In 1952, he disassociated the army from the uprising staged to force President Bechara El-Khoury into resignation and was appointed Prime Minister of a transition government until the election of a new President who would turn out to be Camille Chamoun.

Against the backdrop of the regional unrest in Iraq and Egypt which accompanied the 1958 Lebanon Crisis against Chamoun and the subsequent American intervention, Fouad Chehab, being a widely trusted figure, was chosen as a consensual President of the Republic entrusted with restoring order to the country.

Parliament elected Chehab president during a session held on July 31, 1958. However, Chamoun retained his position until the expiry of his constitutional term on September 23.

Chehab served until 1964 and rejected all attempts aimed at renewing his term, an option advocated by the majority of MPs at the time.

In 1924, while still a Lieutenant, Fouad Chehab met Rose René Poitieux, daughter of a French officer killed in the First World War, and fell in love with her. The widowed mother of Rose René’s had married her late husband’s cousin, Colonel Hubert Noiret. As a member of the French Army, Noiret was relocated to the Levant together with his wife and two step daughters who grew to love him like their real father. This was how the paths of Chehab and Rose René crossed. The two got married on December 27, 1926 in the Carmelite Church in the town of Qbayyat Akkar, where Chehab worked and his in-laws resided. Chehab and Rose René had no children. Chehab was prone to introversion and preferred nature and quiet to commotion and noise. Integrity and disinterest in wealth were perhaps his most distinctive features. Although he assumed the highest-ranking position in the state and proved to be a political weathervane, Chehab died poor, just as he was born, with no riches or real-estate wealth. By the time of her death, his wife’s possessions were a small dilapidated house, an old vehicle and less than a thousand dollars in the bank.

After leaving his presidential position, Chehab distanced himself from public affairs but remained a point of reference for close officers and politicians. He died on Wednesday, April 25, 1973, following acute heart failure; his wife died 19 years later on February 18, 1992. Although gone, Chehab’s imprint was never forgotten and continues to remind the Lebanese of the heyday of the state and its institutions, although many criticize him for the vast powers that he granted to the officers of the 2ème Bureau.