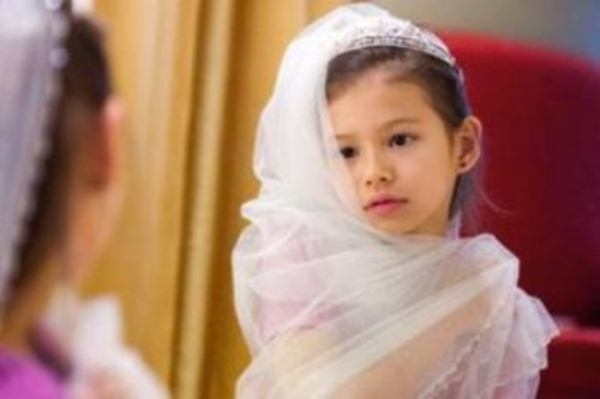 Judge Jean al-Qazzi, former head of the Personal Status Court and Advisor to the Beirut Court of Cassation emphasized the need to develop and update legislation because laws, like everything else, have expiry dates and what was once effective does not seem to fit the bill today. He added that the legal age of marital commitment is 18, pointing to Article 215 of the Obligations and Contracts Code, which places consent at the heart of this commitment. Consent cannot be tarnished by ‘coercion’ or ‘disqualification’ and the effects of marital contracts can by no means come to fruition unless the requirements for consent are respected. “However, when it comes to implementation, we are confronted by the sad realization that some marriages have been performed according to certain sectarian particularities and have been governed by distinctive Personal Status regulations, which leaves the citizen grappling with duality,” he said.

When it comes to family affairs, Judge al-Qazzi noted that many sects have started to raise the age of custody for children and the same should apply for the age of marriage, which, in his opinion, should be standardized at 18. A lower age may be agreed upon as a preface to eventually reaching 18. Currently, females are being wed at the age of 10 or 11. What does the civil law have to say about it? The civil law prohibits and punishes underage marriages and Article 483 of the Penal Code stipulates clearly that “the religious scholar who solemnizes the marriage of a female below 18 years of age without registering the consent of her guardian or the Judge’s permission in the contract will be fined LBP 50,000 to LBP 500,000.”

Al-Qazzi highlighted Articles 485 and 514 which touch on polygamy and bride abduction respectively and concluded by proposing a number of steps to address the issue of underage marriages:

In his remarks, Father Abdo Raad, Director of the Saint Savior College, underlined the perils associated with the marriage of female minors branding the phenomenon as a social plague that threatens children, women and the society at large. Underage marriage inhibits the physical and mental development of young female spouses and can in some cases cause death. In Yemen, nearly 90,000 females die annually due to early marriages, a number that exceeds by far the fatalities of the so-called Arab Spring. Against the backdrop of the Syrian influx into Lebanon, the issue of underage marriages is now on the table more publicly than ever before.

“In Christianity, 18 is the recognized age for marriage. Yet, in the legal context, this age varies according to varying laws and sects. It may be set at 14 for females and 16 for males and marriages performed below this age are deemed to be null and void by the Catholic Church. Marrying off a female who has not yet reached adulthood (18) can only be accepted in exceptional cases, save that parental consent has been obtained. This is perhaps the reason that Lebanese law has not prescribed an express age for marriage, while it has set the age for legal capacity at 18 and the age for voting, candidacy and party affiliation at 21,” Father Raad said.

He then proceeded to indicate that the Children’s Bill of Rights views all those under the age of 18 as children and therefore it is not permissible to marry children off. Father Raad urged the acquittal of God from all religious disputes saying that the age for marriage should be determined according to modern and scientific standards of puberty that do not focus on sexual puberty alone, but take into account the mental and economic maturity of the concerned parties. According to him, underage marriages, for both males and females, should be approached through modern perspectives that would set things straight without providing justifications for opportunists. Rumor has it that the Virgin Mary got engaged to Joseph when she was 13 or 14 and the marriage of Prophet Muhammad to the 9-year-old Aisha is a long-established story but that does not signify that what worked out then is going to work out now. Even if a 10-year-old child happened to be exceptionally bright and enrolled in the university prematurely, entering university at the age of 10 is unlikely ever to become the accepted norm.

Concluding his speech, Father Raad encouraged the authorities to impose stern sanctions against the violators of this law, be it the judges or the guardians of females, and to increase the level of interest in a general social culture that keeps violence against females at bay and protects both minor and adult women.

Sheikh Mahdi Chalak, a retired Sunni Religious Court Judge, noted that marriage is a legal contract that permits sexual intercourse between a man and a woman. It is a purely civil contract that occurs through offer and consent and specifies the rights and duties of each party, save that no kindred or affinity forbids their marriage.

He elucidated the meaning of Al-Wilayah (guardianship) in Islam saying “Al-Wilayah signifies a legal authority that allows Al-Wali custody of things or persons, guardianship over their affairs, and supreme authority and right of disposition over them, whether forcibly or willingly. Al-Wilayah is a privileged right accorded to kinsfolk, from the closest to the most remote in line, according to the order of inheritance. Custody could be of sons then parents then siblings. Al-Wilayah is practiced by choice over mature, virgin and non-virgin females while it is compulsory over male and female minors as well as disqualified adults. The Al-Wilayah intended in our discussion today is Al-Wilayah over persons. In this context, it is legitimate to marry off a female minor and the guardianship would be a privilege of the father, then the grandfather and then of relatives. Religious judges have authority over those who do not have a guardian.

A father’s objection to marrying off his daughter could be well-grounded or invalid. If the father offered a sound reason that proved his daughter’s fiancé to be unsuitable, nobody should have the right to marry her off. If he, on the other hand, failed to provide a valid reason to disapprove the fiancé’s eligibility, the judge would, in this case, have the right to solemnize the marriage.

A mature virgin can get married without the consent of her guardian if her spouse is suitable. Should he prove to be incompetent, the guardian can request the judge to annul the marriage, a solution which is applicable in our religious courts.”

Sheikh Youssef Sbeiti, from the office of the late Reference Cleric Sheikh Muhammad Hassan Fadlallah, also attended the round-table discussion. He said that he was utterly provoked by the latest events that had unfolded in the past few weeks and were ascribed so brusquely to Islam, arguing that Islam and Islamic religious courts do not legitimize the abduction of a female minor and marrying her under the pretext that she had consented to the act of her own volition in the absence of her guardian- usually the father or the grandfather if the father were deceased. “The rumors suggesting that some Muslim jurists authorize the marriage of a female who has reached puberty without the consent of her guardian are all groundless. The late Reference Cleric Sheikh Muhammad Hassan Fadlallah held that for a female to get married without the permission of her guardian, she not only needed to be at the stage of puberty, but she also needed to be mature and maturity is not tied to a specific age. Girls are not necessarily mature when they begin puberty at ages 11 to 13. Even 17-year-olds can still lack maturity and therefore a father’s opinion should not be undermined because marriage is a huge responsibility and responsibilities require maturity. Still, I have no objection to adopting a law that prohibits the marriage of female minors even with the consent of the father in order to end this state of tumult,” he concluded.