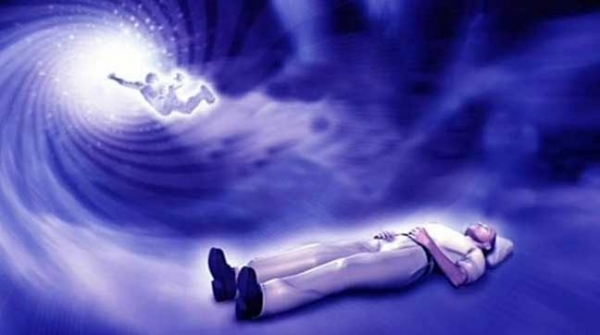 How is that perceived?

One of the bewildering experiments in Quantum Mechanics is the “double-slit” experiment in which scientists observed that light particles when passing through two holes of a block exposed to a light ejector behaved as a bullet going through one hole. When not observed, however, the particles acted as waves passing simultaneously through both holes. In other terms, the particles alter their behavior depending on whether or not they were being monitored . This implies that truth and reality are closely connected to our consciousness, and thus, our core participation in the phenomenon may affect the final outcome.

Another major experiment is that conducted by physicist and philosopher Heisenberg who noted that detecting the location and the speed of a certain particle at the same time is a mission that defies science. Heisenberg arrived to the conclusion that it is possible to either spot the location of the particle or its course, but never the two of them. This finding resulted in overthrowing the scientific certainty principle that has been worshipped for years and affirming the principle of uncertainty as one of the scientific facts. Entangling two particles, even when separated over vast distances, is just another confusing phenomenon. Lanza (see our past article) believed that time and space were man-made concepts, thus contradicting the relativity theory, which views them as the fourth dimension of the universe. In response to these puzzling experiments, quantum physicist Henry Stapp from the Lawrence Berkeley Laboratory said that “new boundaries have been set for the scientific experiments tackling the nature of the matter, as the results of experiments are apparently influenced by what’s happening elsewhere in the universe.”

The quantum mechanics marveling journey does not end here. In 2002, scientists discovered that the photons knew in advance what their distant twins would do. Researchers left a proton to continue its journey and decide whether to behave as a wave or a particle. Then, they stretched the distance that the second photon had to take to reach its detector, introducing a scrambler to prevent it from acting as a particle. Surprisingly, and despite the infinite distance between the two, the first photon changed its path immediately, before any modification in the second proton. Therefore, scientists could not but reach an absolutely peculiar conclusion: our minds and the set of information they hold are the only factor affecting the behavior of particles.

The multi-universe theory also makes part of quantum mechanics. It suggests the presence of multiple universes that together comprise everything that exists and can exist. Accordingly, Lanza believes that death does not occur in the real sense, but rather in a transitional form, as it cannot be present in a world devoid of time and space. Immortality does not imply permanent existence throughout time but rather outside it. Like a flower blossoming season after season in a multiple universe.

When Einstein’s friend Besso died, the great scientist said: “Now Besso has departed from this strange world a little ahead of me. That means nothing. People like us know that distinction between past, present and future is only a stubbornly persistent illusion”.

Doesn’t that mean the non-existence of an end?

For those interested in more insight on this phenomenon, we recommend What Happens When You Die by Sam Parnia. Parnia narrates observations by people who were pronounced dead for a while then came back to life.