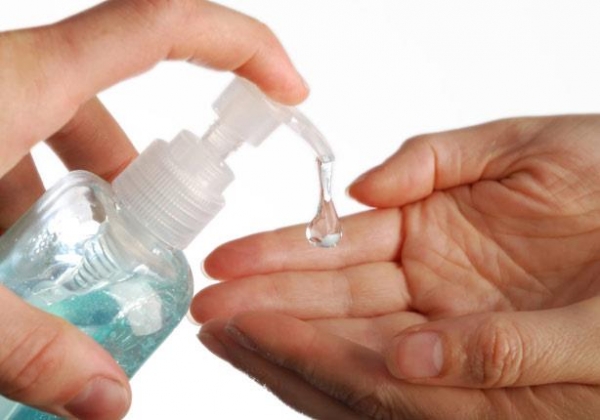 However, when these friendly bacteria gain access inside our bodies, they can result in very bad infections. Aspirating the mouth bacteria into the lungs causes pneumonia; traumatically pushing the skin’s bacteria into the deeper tissues can result in wound infections, and forcing the urethral flora into the bladder during sexual intercourse or other activities, causes urine infections. Chewing and defecating triggers bacteria to enter our blood but, thanks to our immune defenses, they are rapidly cleared before they cause trouble. Occasionally, however, the bacteria can overcome our immune system and infect heart valves or result in abscesses in the liver, brain, joints, and many other places.

Unlike our friendly bacterial flora, which helps and protects us, we often acquire certain silent infections, caused by viruses, which can suddenly turn against us. Below are some common examples of such silent but harmful infections.

a) The chicken pox virus infects us as children and then stays dormant inside our nerves. Many years later, it can become active and attack us in the form of shingles, which is a localized infection caused by our childhood chicken pox virus. Herpes and mononucleosis viruses, which we usually acquire in childhood, also behave like the chicken pox virus and can attack us at later times causing fever blisters and certain cancers such as lymphomas and sarcomas. The AIDS virus can be dormant inside us for a long time before its symptoms appear, similarly to the rabies virus and the mad cow virus, which causes dementia.

b) Hepatitis B and C viruses are mostly silent and live inside us for many years before showing any symptoms. Estimates that 3-5% of people born between 1945 and 1965 have been infected with these viruses because of exposure to blood products are not exaggerations. If not cleared by our immune system, the hepatitis viruses become chronic and can result in liver cirrhosis or liver cancer, but only after years of being dormant. Because they are treatable, it is important to screen those people born between 1945 and 1965 and any one who has unexplained fatigue or abnormal liver blood tests.

c) Tuberculosis infections are very common and once the tuberculosis bacteria enter the body, they do not leave unless treated. Untreated, they stay dormant inside our immune cells and only become reactivated 1-3% of the time. A skin test will tell us if we have active tuberculosis bacteria inside our bodies. Treating the disease in its inactive form is much easier than treating it after it disseminates, causing lung, neck, bone, brain, and other infections.

d) Syphilis can be dormant for many years before it manifests itself in dementia. Bacteria can live for a long time after bone surgery before causing bone infections. Prostates, once infected, can never be cured but may not cause symptomatic urine infections except once every few years. C. diff. bacteria can live for years in our colons before ending in colitis and similarly, H. pylori bacteria can live in our stomachs for decades before ulcers or stomach cancers appear.

e) In older, menopausal women the urinary bladders often harbor silent infections. Such infections are discovered accidentally by urine tests, which are usually done during routine checkups. Until recently, debate centered on whether or not it was beneficial to treat such silent infections. However, seeing that when these infections were treated, they invariably recurred, and thus most doctors only treat them when symptoms such as burning, frequency, and urgency appear.

They concluded that silent infections should not be treated in women because treatment would trigger these silent infections to become symptomatic with recurrent burning, frequency, and urgency. The two exceptions to this rule are pregnant women and women who need urinary tract surgery. Treating silent urine infections is now considered harmful because these infections behave like our friendly bacterial flora and protect women from the aggressive bacteria that invade the urinary bladder and cause symptomatic infections.