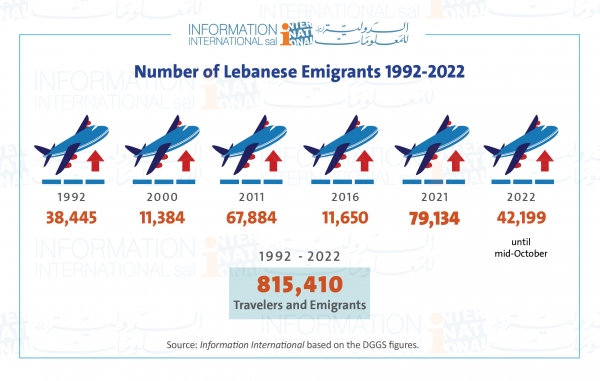 With the persistence of the economic crisis, the relapse in the purchasing power as a result of depreciation of the currency, and the increase in unemployment rate to approximately 38%, Lebanon continues to witness a

Between 2005 and 2006, the two years witnessing the assassination of former Prime Minister Rafic Hariri and the July 2006 war, the number of Lebanese travelers and emigrants was lower than one would anticipate (about 45,000). However, it is higher when socio-economic conditions are on the decline. Therefore, one can conclude that the main reason for emigration of the Lebanese people is the economic situation.

A table showing the number of Lebanese travelers and emigrants (1992-2022). 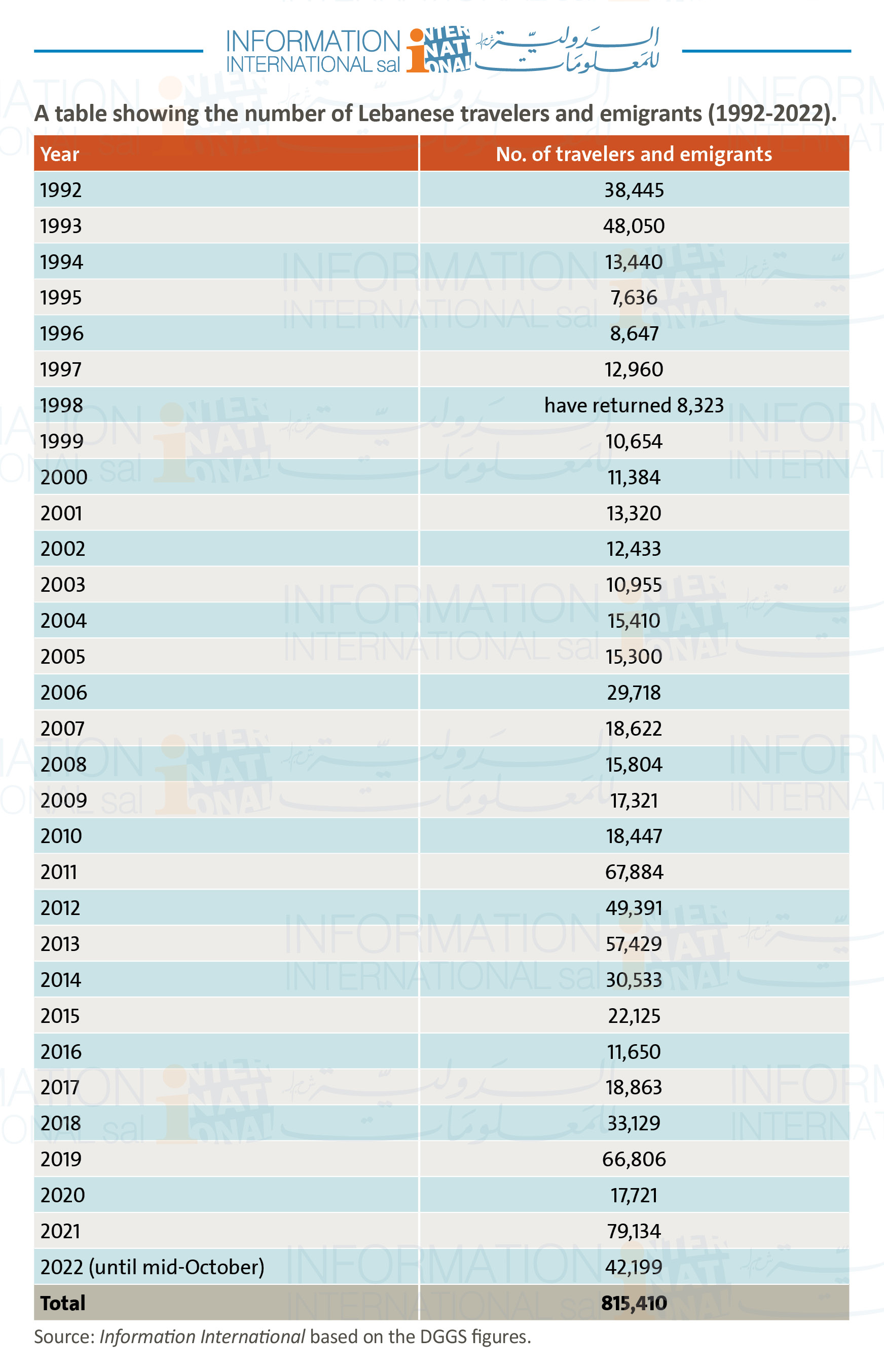 Source: Information International based on the DGGS figures. 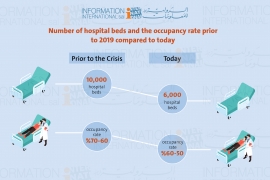 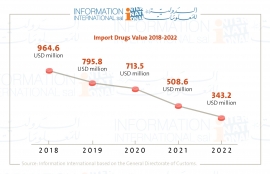 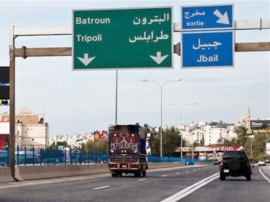