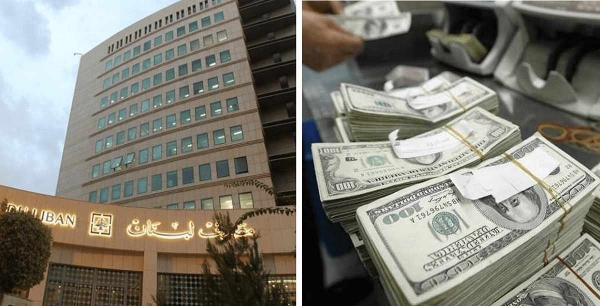 Riad Salameh, Governor of Lebanon’s Central Bank (BDL) announced that he is no longer able to subsidize fuel, medicine and foodstuffs except under a law issued by parliament allowing the use of required reserve, saying that he does not want to bear responsibility for squandering what remains of depositors’ savings.

According to Article 76 of the Code of Money and Credit that establishes Lebanon’s Central Bank (BDL) and defines its role and tasks, the banks shall deposit with BDL assets (minima reserve) amounting to a specific ratio of their liabilities arising from deposits and loans they have been granted, as may be fixed by the Bank.

The Central Bank may, if it deems it appropriate, consider banks' investments in Government Bonds or in Bonds issued with Government guarantee as part of the reserves up to a specific ratio to be assessed by the Bank.

If at the end of June 2021, the banks’ foreign currency deposits amounted to USD 107.7 billion, then the reserve is assumed to be USD 15 billion.

The bi-monthly balance sheet issued by BDL at the end of June 2021 shows that its foreign currency assets amounted to USD 15.2 billion, meaning that the foreign currency holdings are nothing but the required reserve. Thus, the only way for BDL to continue the subsidies is to reduce its reserve ratio, and this can only be done through a decision by the Central Council.

Reducing the reserve to 12% will undoubtedly cause an additional squandering of depositors’ funds. Yet, it will give BDL an additional margin of USD 2 billion to keep subsidizing medicines, fuel, gasoline and diesel, slow down the collapse and gradually lift the subsidies within a comprehensive plan that addresses, among other things, the subject of public transport.