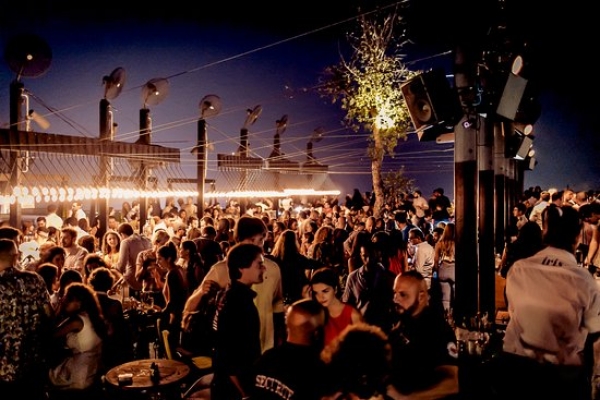 Ordinary Lebanese citizens, as well as researchers and scholars, wonder about the real life of the Lebanese people. While figures and statements by officials and experts indicate that the Lebanese are living a tough life and the majority of them are poor and indigent, there are many facts that prove otherwise. So, where does the truth lie, and what is more accurate?

The available figures and estimates indicate the following:

-The number of Lebanese residing in Lebanon is estimated at about 4.3 million.

-The poverty rate among Lebanese residents is estimated at 55%. About 2.365 million Lebanese are poor, of whom 25% or 1.075 million are below the poverty line and cannot afford to provide adequate and healthy quantities of food, and 30% are above the poverty line and afford food but suffer from harsh living conditions in terms of housing, clothing, education, and others.

-About 45% of Lebanese residents do not have any health coverage except what is provided by the Ministry of Health.

-Most Lebanese regions suffer from power outages of more than 10 hours a day.

-Most housing units lack basic services, namely domestic water during summer. The residents resort to digging private wells and buying water tanks. They also purchase drinking water for they lack access to it and do not trust its source.

-More than 95% of workers in Lebanon earn their salaries in the Lebanese pound, whose value plunged 767%.

-70% of workers in Lebanon have monthly salaries ranging between LBP 1.5 million and LBP 3 million.

-The unemployment rate has reached 35%, which means that almost 480,000 persons are without work, in addition to the roughly 3,000 persons who work intermittently in temporary jobs.

With the summer season approaching, the Lebanese began two weeks ago to observe facts that are totally irrelevant to the above figures. Despite their skyrocketing prices and high entrance fees (for those who earn their income in the Lebanese pound), the majority of restaurants, clothing, and shoe stores are crowded, many hotels and apartments are fully booked and some of the reopened pools and resorts are packed. These facts reveal that the above-stated figures are incorrect, so are Lebanese living in luxury?

In fact, while many Lebanese live a luxurious life, others live in poverty and destitution. This is greatly witnessed in the eastern and western suburbs of Beirut, as well as in Tripoli, Hermel, Akkar, Mennieh, Dennieh and many areas in Mount Lebanon.

The luxury phenomenon is interpreted as follows:

-About 200,000 households or 850,000 individuals receive remittances from their families and relatives of about USD 200-USD 2,000 a month, which increases their purchasing power. While a Lebanese electronic money transfer company indicates that the total monthly remittances amount to USD 150 million, the World Bank estimates them at about USD 7 billion.

-Some Lebanese, including the aforementioned rich and wealthy group, have large deposits in banks. They have recently managed to withdraw and transfer USD 36 billion of their deposits, of which about 12 billion are in U.S. dollar, i.e. they have a high spending capacity.

-The economic crisis has led to the closure of thousands of restaurants, hotels, and shops. Therefore, it is natural for the operating institutions to have a great number of customers.

-The number of Lebanese, namely those who used to travel annually to spend their vacations and holidays in Turkey, Egypt, and Cyprus, is estimated at about 300,000-500,000. Some of them have turned to domestic tourism following the depreciation of Lebanese pound, thereby improving the tourism sector and the hotel industry.

-With the beginning of summer season, a number of the Lebanese working abroad has begun to flock into Lebanon for several reasons. Some are traditional (summer vacation), others are due to the fact that the cost of living in Lebanon for those who own foreign currencies is low, and since COVID-19 did not allow them to visit their home country last year.

-With the decline of COVID-19 cases in Lebanon, the tourism and commercial enterprises have reopened their doors and customers have started to visit them to compensate for what they have missed.

To put it briefly, about 1 million Lebanese have high financial and purchasing powers and high dollar incomes (the 5% wealthy Lebanese +850,000 Lebanese who receive foreign remittances), but this does not nullify the fact that about 3 million Lebanese residents are experiencing difficult economic and living conditions. It however confirms the persistence of this huge discrepancy in Lebanon.