Lebanon’s civil servants announced a warning general strike on Tuesday 18th and Wednesday 19th 2021 to demand an increase in their salaries and wages and an improvement in their purchasing power that has been eroded by inflation, high prices and the collapse of the exchange rate of the Lebanese pound against the dollar.

Several reasons lie behind the absence of an accurate official census on the number of civil servants, including the multiplicity of job designations (staff, contractor, wage earner and dealer) and the multiplicity of public departments, public institutions and municipalities. Yet, the correct number is closer to 320,000 distributed as follows:

-30,000 in ministries and public departments.

-130,000 in public institutions and municipalities.

In addition to about 120,000 retirees, the majority of whom are military personnel and teachers.

Prior to the approval of salary scale in 2017, the cost of civil servants was about LBP 8.3 trillion. It has reached now about LBP 12 trillion annually (what was equivalent to USD 8 billion) or about LBP 1 trillion per month after approving the scale, employing about 9,000 employees and increasing salaries by years of service. This high cost represents 86% of Lebanon’s total imports, amounting to about LBP 14 trillion.

As a result of the financial and economic meltdown, the purchasing power of the Lebanese employees who earn their salaries and wages in Lebanese pounds has dropped by 85%.  Thus, correcting salaries and wages and improving purchasing power is a right and necessity as no one can work for a low and insufficient salary. But raising the public sector salaries has many difficulties, including the following:

-The huge number of civil servants must be reduced before any increase, perhaps by half, but this is impossible in light of the current conditions, the lack of job opportunities and the rise in the unemployment rate.

- Any raise that does not equal the value of inflation is useless. Therefore, if half of the inflation rate, i.e. 43%, is adopted, the cost of the increase may reach LBP 5 trillion and the total cost of civil servants will be about LBP 17 trillion, which is 120% of Lebanon’s imports.

- Such increase should be covered by taxes and fees that cannot be imposed in an exhausted and destroyed economy, or through borrowing and increasing the public debt that amounted to USD 97 billion. It is even impossible to borrow from banks for they no longer have sufficient liquidity, and thus borrowing from the Banque du Liban (BDL) would be the solution, which means further inflation and erosion of purchasing power.

Although pay raise is a right and necessity, it cannot be realized for it may lead to higher inflation, further erode the purchasing power and achieve quite the opposite of what is hoped for. 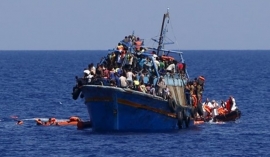 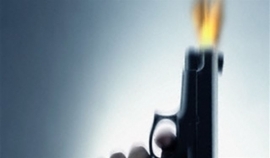 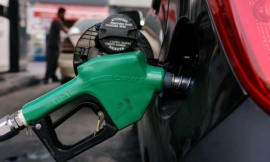