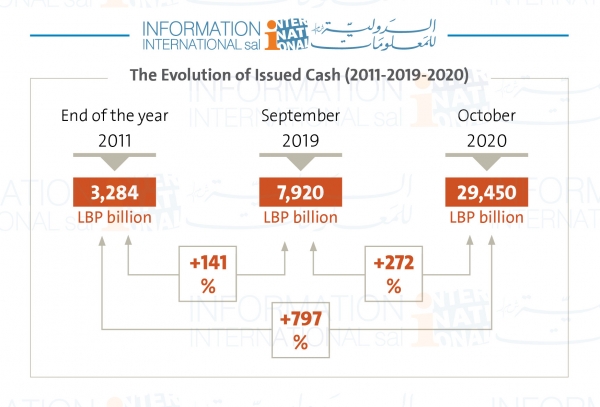 Has BDL exceeded its legal ceiling?

Currently, demand deposits amount to LBP 45,834 billion, which puts them and issued cash at a total of LBP 75,284 billion. But now that the BDL does not have a special reserve of foreign currencies except for the USD 16 billion in bank deposits, the only remaining coverage for cash is in gold reserves whose value is about LBP 24,000 billion, or 32% of demand deposits and issued cash. This means that the BDL has exceeded the specified ceiling (at least 30%) and hence cannot continue issuing cash.

In the event that bank deposits are considered reserves, to be added to gold, the percentage will rise to 64% of the deposits and the cash issued, allowing the bank to continue issuing cash.

That is the rationale for the Governor’s insistence on keeping 15% of BDL’s foreign currencies as reserve so to preserve its ability to issue more cash. This will increase inflation and drive prices up, yet is considered essential for the continuation of state financing. Otherwise, the state will plunge into deficit and bankruptcy and will turn unable to pay salaries, wages and other basic expenses. 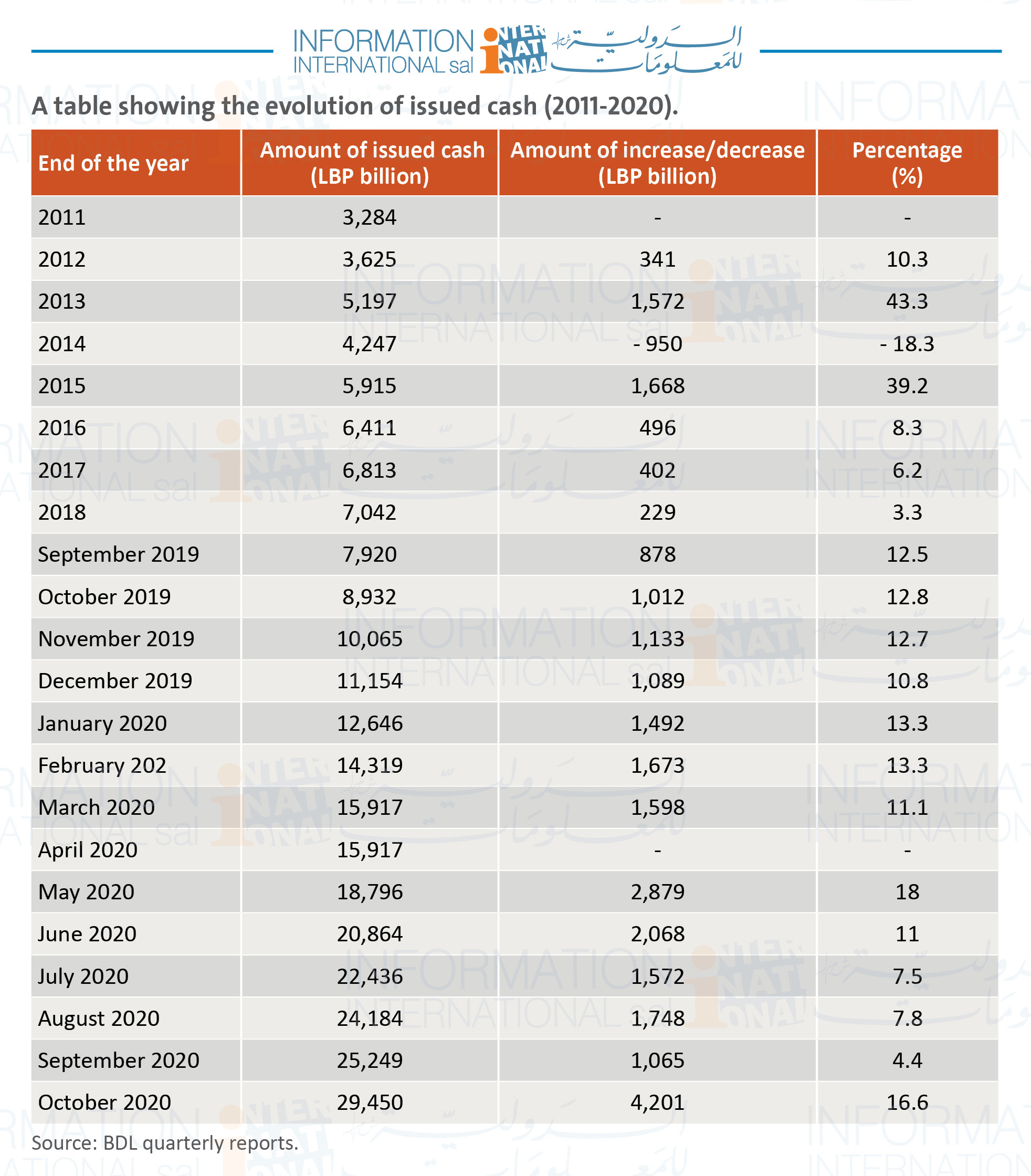