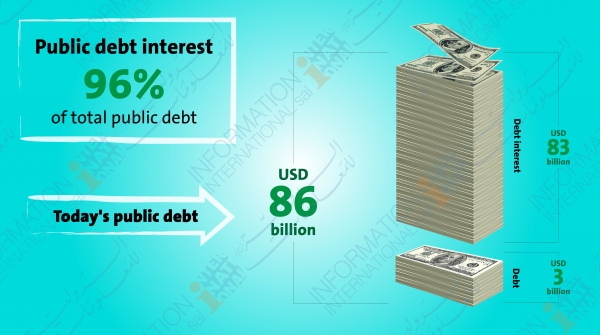 Official figures show that Lebanon’s public debt stood at LBP 126.664 trillion (around USD 86 billion) at the end of last October. This debt was held by the following creditors:

-Others (municipalities, the National Social Security Fund, international institutions, the public): USD 9.6 billion or 11.4% of the total public debt.

However, a more detailed study of the state debt—including acquisitions, contractor debts, hospitals, and the NSSF’s debts and end-of-service indemnities—shows that the debt may reach more than USD 100 billion.