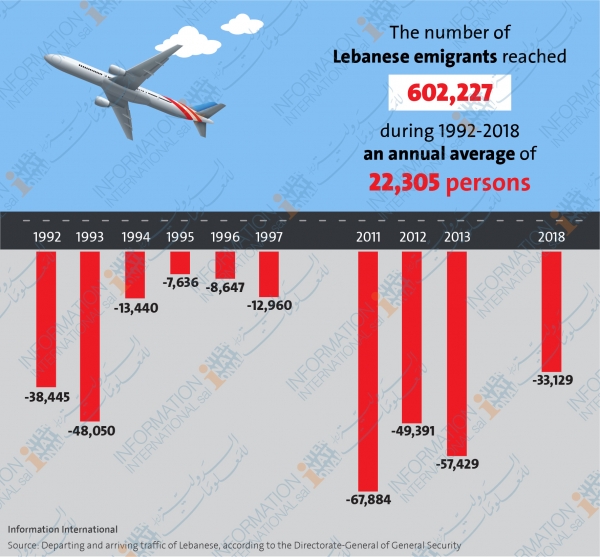 Immigration has been a natural phenomenon throughout the history of mankind, including in our region and in Lebanon. Since 1854, convoys of emigrants have traveled from this region to various countries of the world, especially on the American continent, for security, political, economic, and social reasons.

The Lebanese Civil War (1975-1990) led hundreds of thousands to emigrate in search for security, safety, and work. Yet, following the war, the number of emigrants did not significantly and permanently decline. The emigration situation continued, at first declining before increasing during economic and livelihood crises. As shown in the following table, the number of Lebanese emigrants reached 602,227 during 1992-2018, an annual average of 22,305 persons. That is to say, the Lebanese continued to leave Lebanon during 1992-1997 despite the signing of Taëf Agreement that ended the Civil War. The years 1992, 1993, 2006, 2011, 2012, 2013, 2014, and 2018 recorded the highest number of departures. However, 1998 stands out as the only year when more Lebanese arrived than left: 8,323 Lebanese came to Lebanon that year.

A table showing the number of departing and arriving Lebanese (1992-2018). 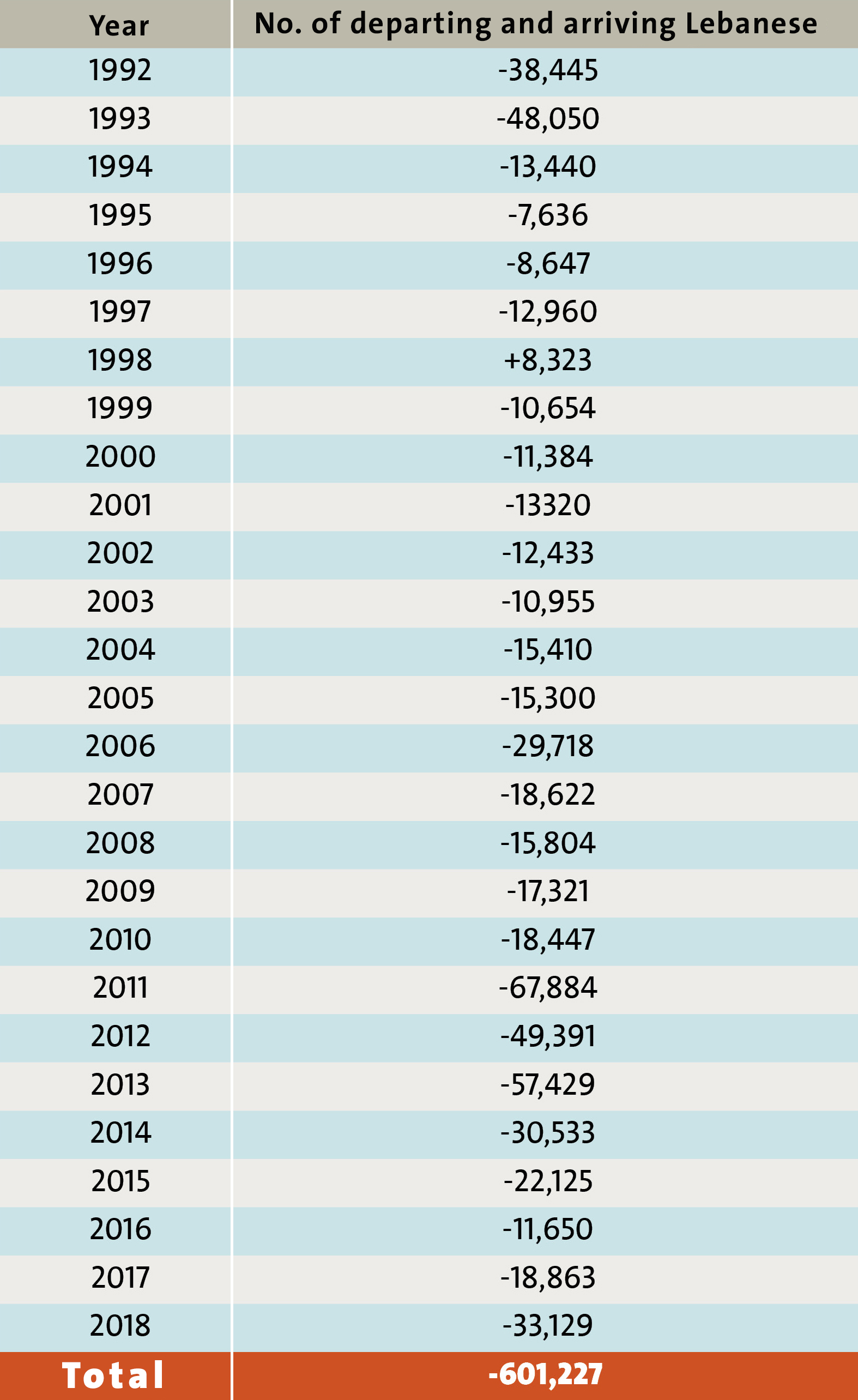 Source: Departing and arriving traffic of Lebanese, according to the Directorate-General of General Security.