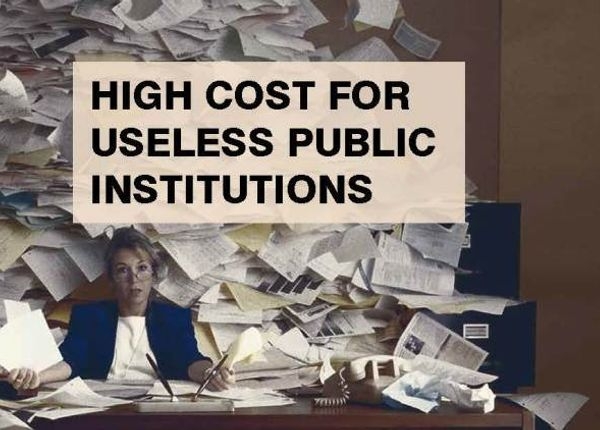 Board of Directors’ Tasks

The Board of Directors oversees the implementation of public institution’s policy, guides its activities, and approves the following:

The competent Minister shall exercise the trusteeship authority over the public institutions supervised by the Ministry. The Minister shall confirm the Board of Directors’ decisions concerned with the following subjects:

The trusteeship authority shall decide on these requests within one month of the date of notification.

Although public institutions are subject to the oversight of the Civil Service Board, the Central Inspection Bureau, and the Ministry of Finance, and are exposed to post hoc review by the Court of Audit under the pretext of rapid completion of works, they have failed to achieve their goal, thereby contributing to the squandering of public funds.

The Court of Audit exercises after-the-fact control through a special committee called the Public Institutions Oversight Committee and is charged with auditing the annual financial accounts of these institutions at the end of the year. This review becomes essentially useless since it is only done after decisions are made.

Table No. 1 below lists the 46 Lebanese public institutions (investment, services, financial, development) by the year of establishment. 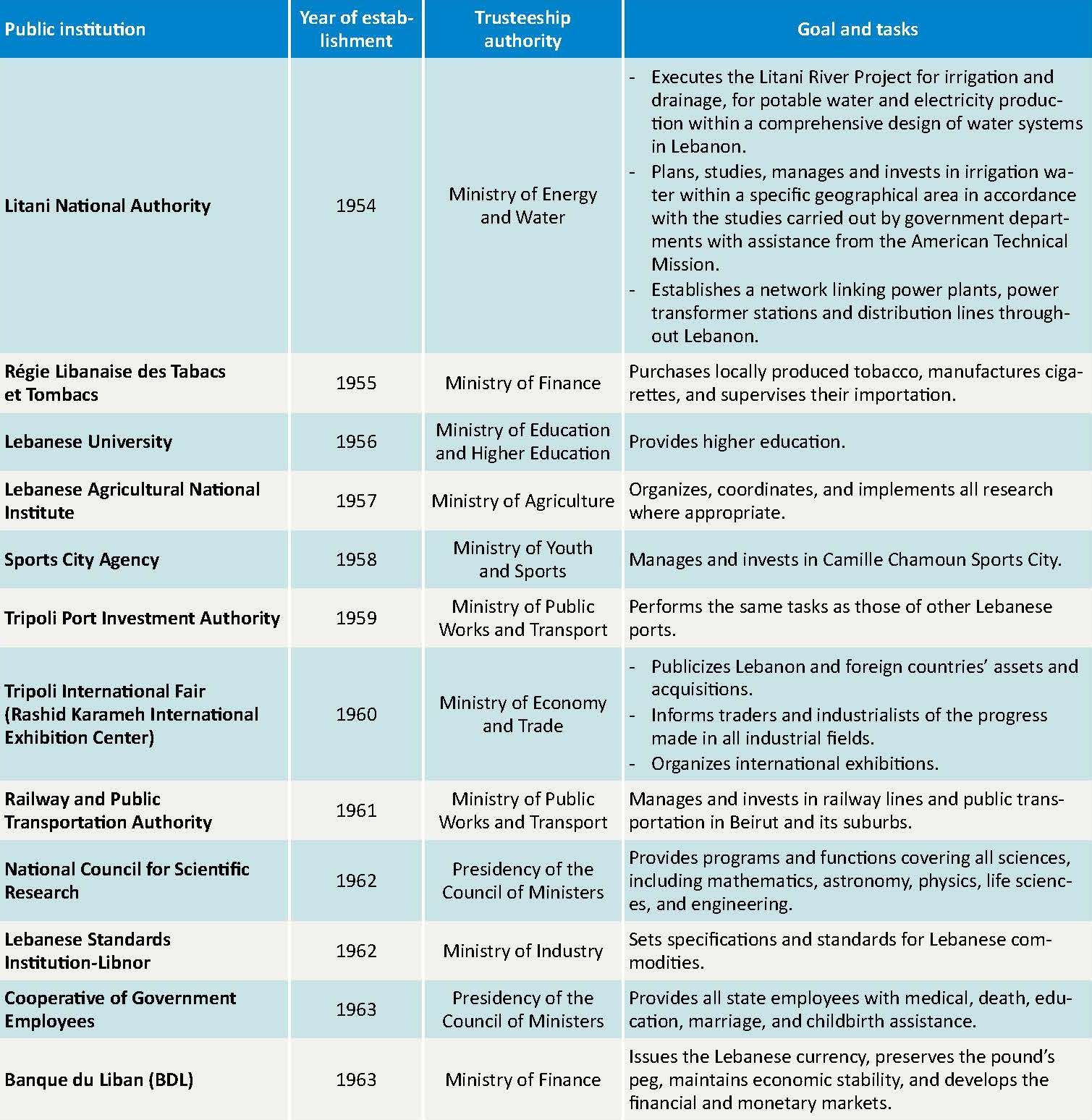 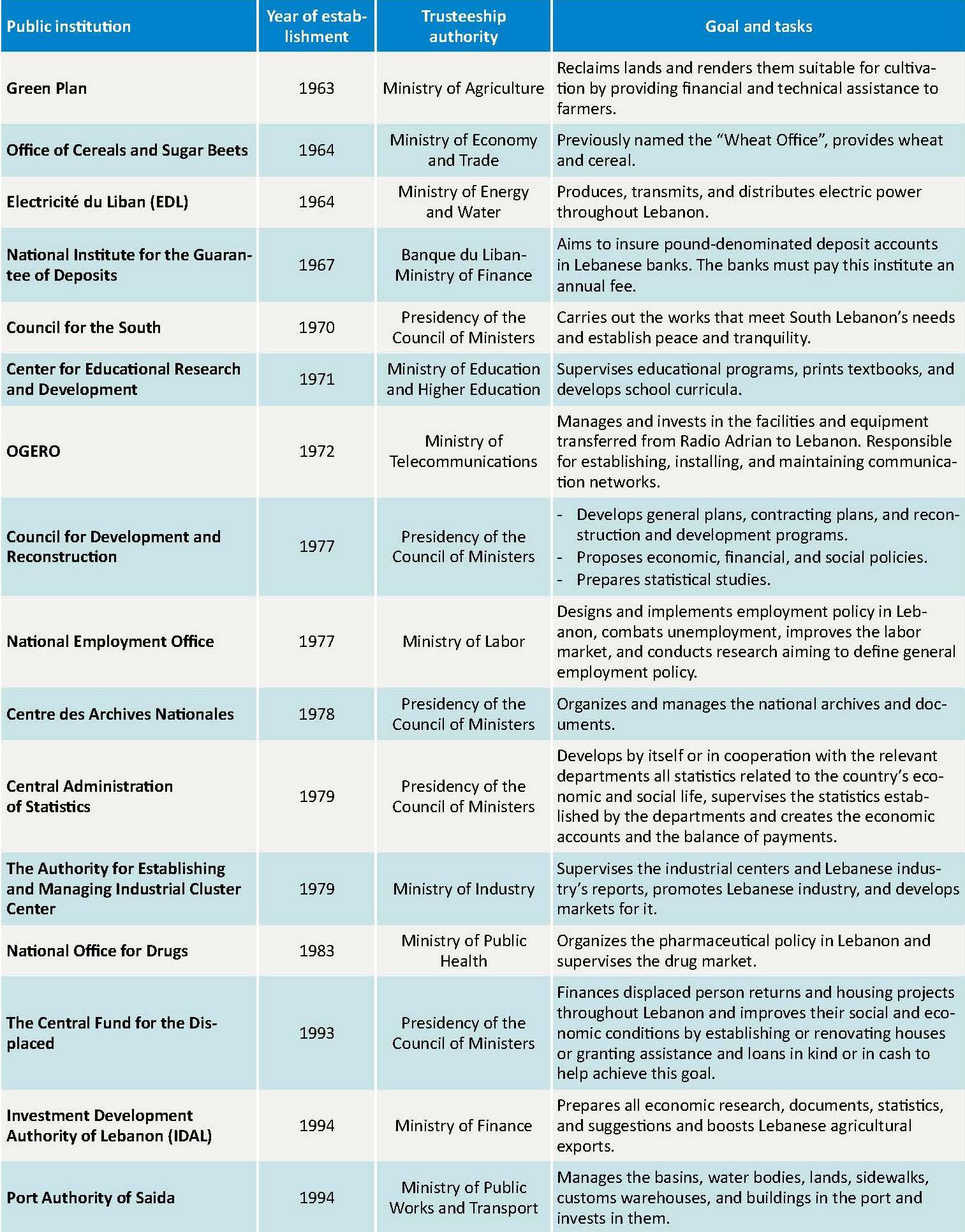 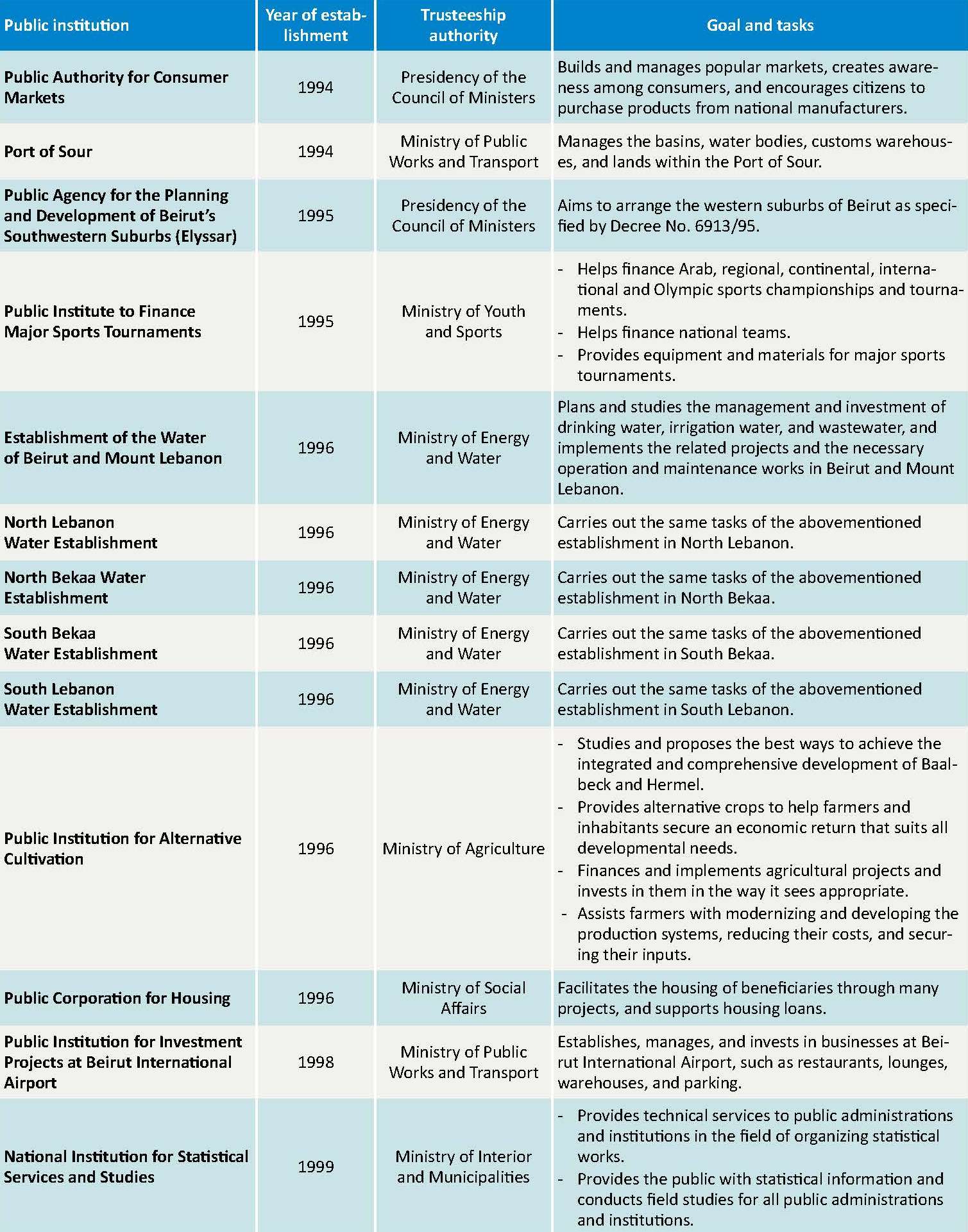 In order to manage the Ministry of Public Health’s hospitals, Law No. 544 of July 24, 1996 (and its amendments) provides for the establishment of public institutions linked to the Ministry of Public Health and having public legal entities and administrative and financial autonomy. The aim was to promote government hospitalization through Lebanese hospitals, but this has not been achieved as the majority of hospitals have entered within the framework of political and regional quotas, as is the case with most government departments. Most of the public hospitals are partially functional, and maybe paralyzed and underfunded as hospital charges do not cover the dues and there are delays in government payments. Public hospitals have weighed heavily on the government without achieving the demands of citizens, who have remained prisoners of private hospitals. Table No. 2 shows that there are 34 public hospitals in Lebanon. 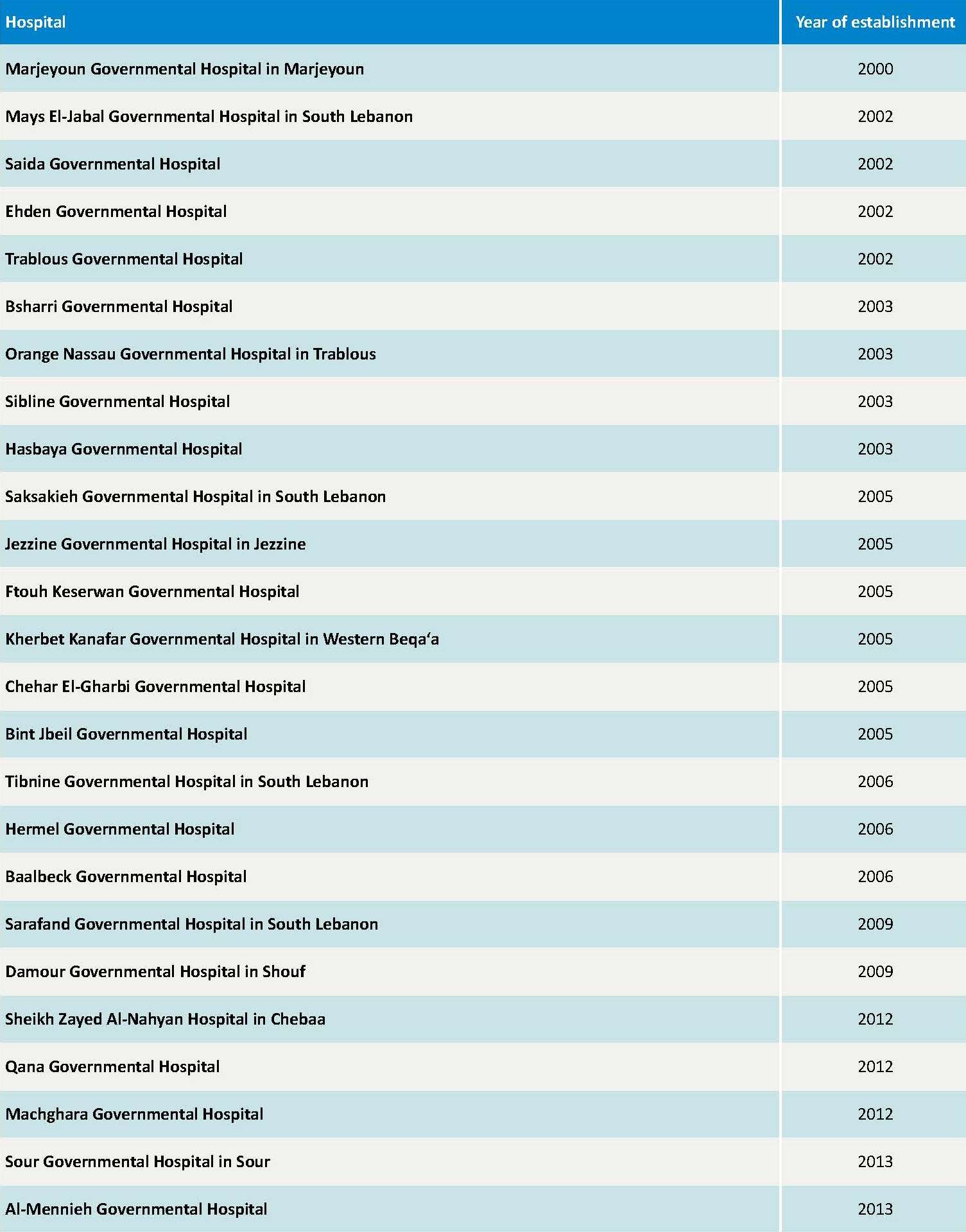 Source: Decrees for the establishment of public institutions to manage public hospitals.