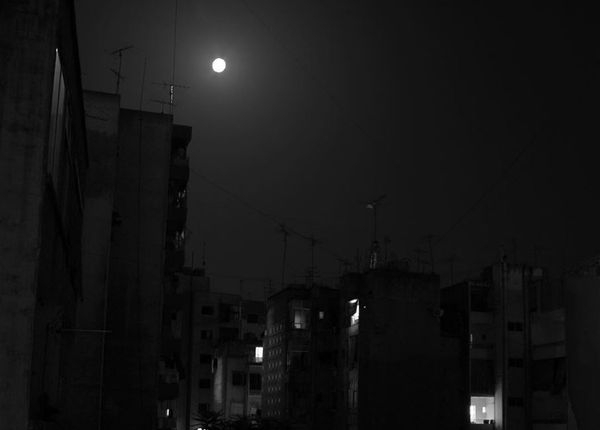 A solution to the electricity problem in the mid-1990s could have:
Finally, the gross public debt to GDP ratio would have been around 80% and not 147% in 2017.
Volume of Electricity Production and Consumption
The average annual energy demand is estimated at 2,350 MW.
The current volume of produced electricity is broken down as follows:
The construction of additional power plants capable of covering this quantity (1,666 MW) will take at least three years, of which six to nine months are needed just to prepare the Terms of Reference (TOR) and launch the tenders. During this period, the only solution to cover the bulk of the deficit would be the quick purchase of best-value electricity from any source.
As market demand is likely to increase over the coming years by about 3% per annum, the peak demand would reach 4,153 MW by 2023 according to the master plan prepared in cooperation with EDF. In order to keep up with this annual increase (3%), EDL is supposed to increase power production capacity by using renewable energy (wind and solar energy).
The purchase of 850 MW at USD 700 million per year aims at immediately addressing consumption needs at least during the first 10 months of the year.
As for the remaining two months, the period of peak demand, most of the additional need can be covered through renewable energy and energy efficiency.
At present, the cost of purchasing energy from ships amounts to about 12.5 cents per kWh, which is about 1 cent less than the plants’ production cost if based on oil price of USD 65 per barrel. The higher the price of oil, the greater the benefit from purchasing energy from ships as part of the purchase cost is fixed.
It should be noted that the political parties’ suggestion to install Siemens or General Motors generators with a production capacity lesser than that of current plants has no clear financial or technical advantage but a negative impact on the environment. It requires a complex infrastructure for fuel transportation and disturbs citizens on roads. As for the EDL power production plants and the purchase of power from ships, the fuel is provided directly though the plants and ships can operate on gas. 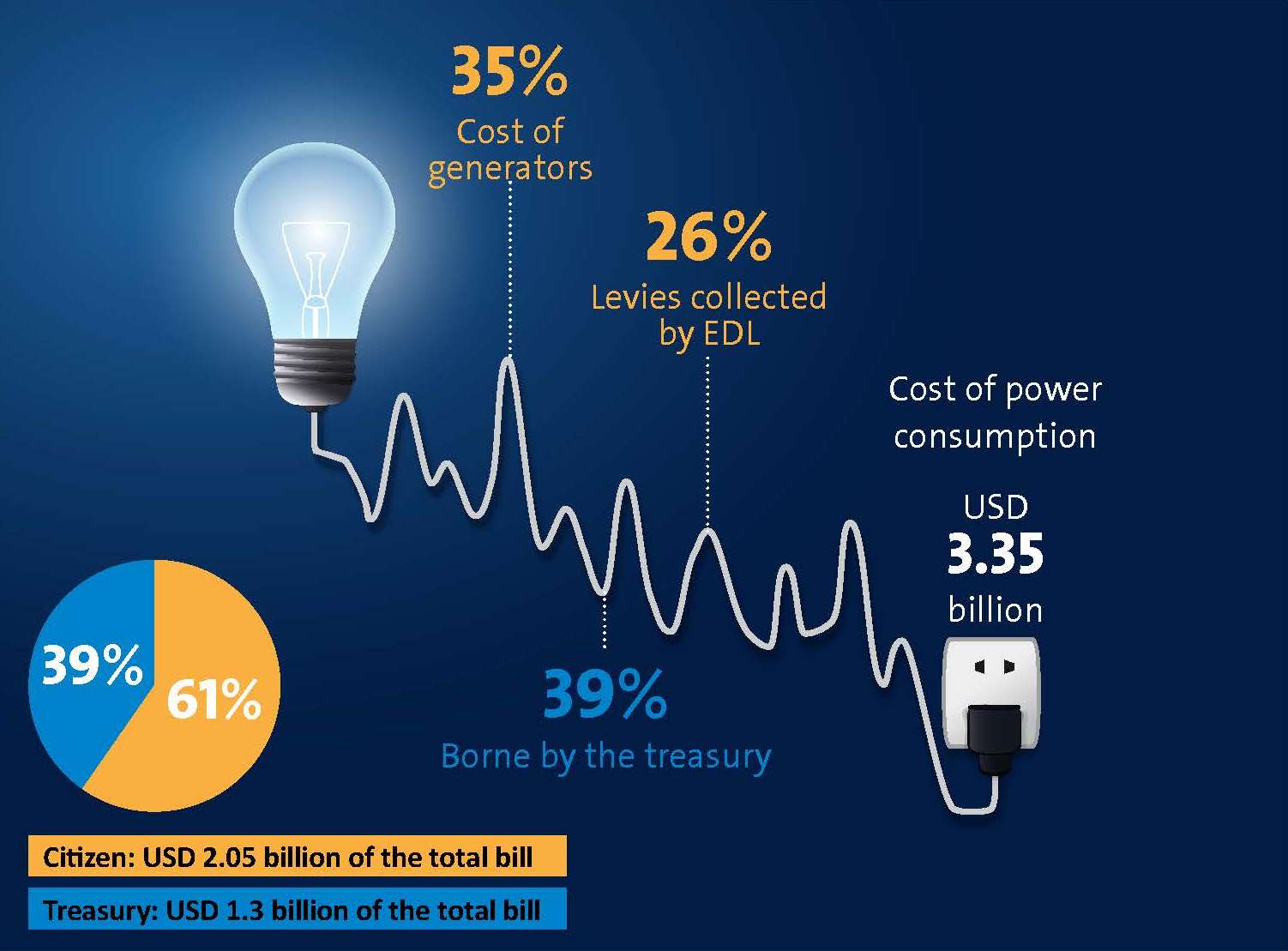 Total Cost of Power Production and Purchase in Lebanon
The total cost of electricity consumption in Lebanon exceeds USD 3.35 billion. It is broken down as follows:
This means that the Lebanese citizens pay around USD 2.05 billion per year (61% of the total bill) and the Lebanese treasury bears a cost of around USD 1.3 billion per year (39% of the total bill).
Although the price of a crude oil barrel has increased significantly, exceeding USD 130 in recent years, Lebanon’s official electricity tariff is still based on the late 1990s average price of a barrel, which is nearly USD 24. Today, a barrel costs USD 65.
Compared to the power cost (16.5 cents per kWh), of which 13.5 cents represents the average cost of power production and purchase, and 3 cents the average cost of power transmission and distribution, the average power price is below 9 cents per kWh. This cost reached 22.7 cents in 2014.
Representing around one-third of electricity consumption, the shortfall in the quantity needed to meet market demand and in the availability of plants to produce electricity is covered by private generators. These generators cost the citizens 22 to 24 cents, i.e. two-and-a-half times the official electricity tariff (9 cents per kWh).
If Lebanon were to purchase 850 MW at USD 700 million per year (USD 300 million as royalties + USD 400 million as fuel at USD 65 per barrel) to cover the consumption shortfall for at least the first 10 months of the year, the total electricity bill would decrease by about USD 190 million during 2018 and USD 250 million in 2019 as a result of:
After reconsidering the electricity tariff, the distribution of the total electricity bill in 2019 would be as follows:
The operation of power production plants and ships on gas, the establishment of new plants, as well as the implementation of a gas network project along the coast from the north to the south, and the construction of a liquefied natural gas (LNG) plant in 2019 will erase the annual electricity deficit borne by the treasury by 2020, notwithstanding that  the project implementation cost is equal to the annual electricity deficit that has accumulated for more than a quarter of a century.