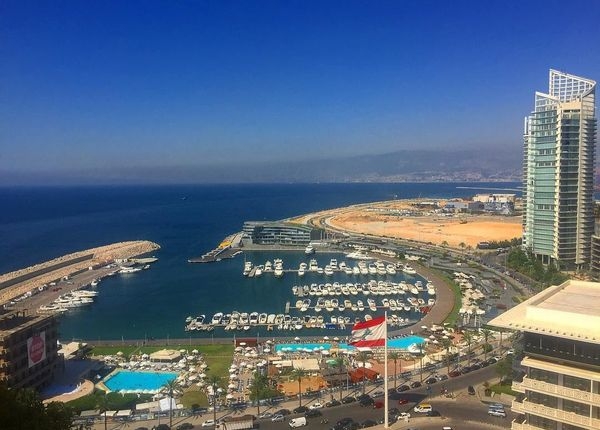 A modest increase and a constitutional infraction

After years of procrastination and delay, Decree No. 1573 was issued on November 13, 2017, laying down new foundations for determining the annual costs of temporary occupancy of maritime properties. The increase in costs compared to the previous Decree No. 2522/92 is modest and below the prevailing realistic prices.

It ranges between 300% and 2,300%. Yet, despite this large increase, it is considered modest. For instance:

Solidere
The price per meter in the Solidere area was set at LBP 9 million (the highest price), whereas in the past it was LBP 1 million.
In the case of building a swimming pool without a dormitory, the occupancy cost of 1,000 m2 would be LBP 45 million). It was LBP 6.2 million in the previous decree.
Compared to the prevailing prices that range between LBP 25-30 million, adopting LBP 9 million as the price of one square meter is considered low. If the tourism complexes and hotels incorporate swimming pools and dormitories, the occupancy cost would remain the same (LBP 45 million), supplemented by an occupancy cost of existing buildings where the price per meter is three times the price of land occupancy, the same proportion as in the previous decree.

In case of building a swimming pool without a dormitory, the occupancy cost of 1,000 m2 would be LBP 4.5 million. It was LBP 1.5 million in the previous decree.

Damour
In case of building a swimming pool without a dormitory, the occupancy cost of 1,000 m2 would be LBP 6 million. It was 2.7 million in the previous decree.
- The new decree has reduced the allowed percentage of public maritime property occupancy for private use from 2% to 1%, taking into account the owners of palaces built on public maritime properties.
- Although the new decree has raised the revenues from public maritime property occupancy, they are still low. The prevailing prices in each region should be adopted and not the lower prices. A higher percentage of occupancy costs should be also adopted, being 1%, 2%, or 5%, and not 0.5%. The state might therefore recover some of its rights regarding the maritime properties stolen decades ago. It is noteworthy that the Constitution and Laws allow neither the trespassing of public properties nor the resolution of infringements, instead requiring their removal.

Note: Law No. 45 of 2017 sets the fees of unlawful and unauthorized maritime occupancies according to the date of infringement (before and after 1994). The speculative price is five times the low prices specified in Decree No. 2522 of 1992.

Table No. 1: Old and new price per square meter of public maritime properties. 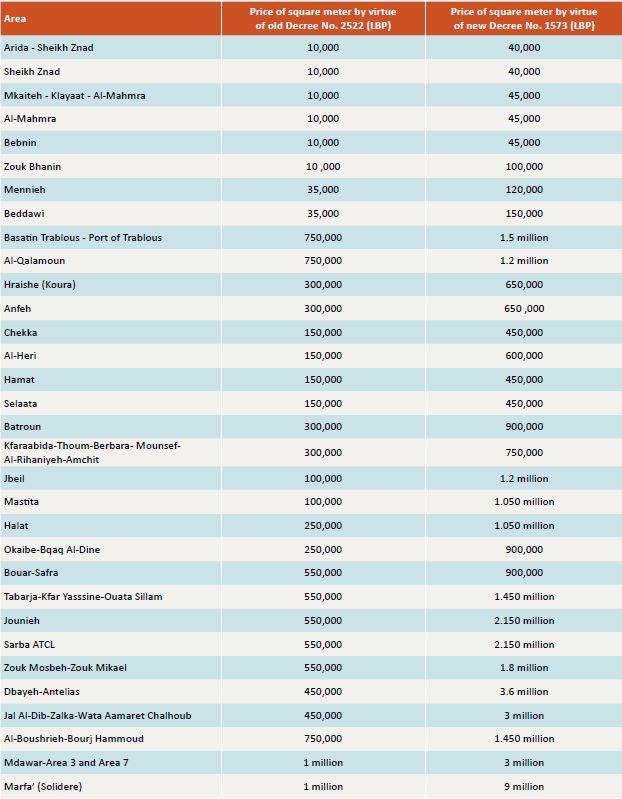 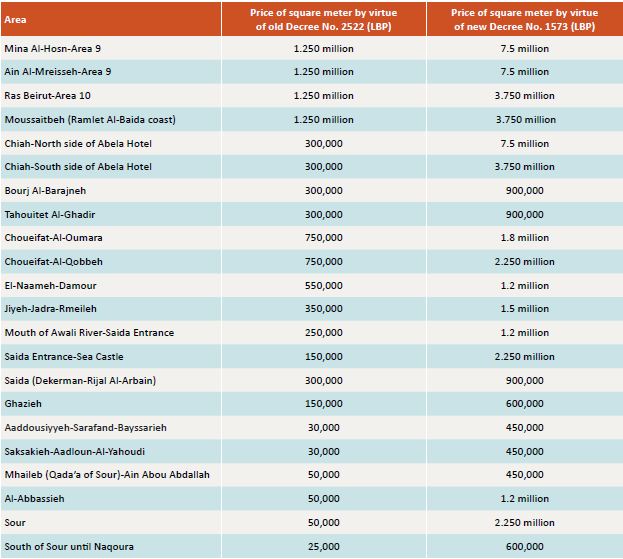 Table No. 2: Established ratios of occupancy costs by type.