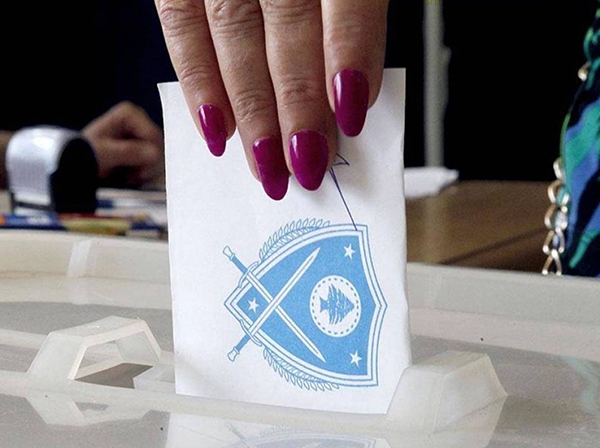 The polling station is the place where voting takes place. It is often a room in a public school with two employees, the head of the polling station and the clerk, candidate agents, and a ballot box with equipment such as the secret polling booth, the ballot papers, and other electoral supplies. By virtue of a decision made by the Minister of Interior and Municipalities, 6,793 polling stations distributed over  1,880 polling centers were adopted for the Lebanese parliamentary elections scheduled for May 6, 2018. The law stipulates that the number of voters in each polling station shall be 100 at least and 400 at most. The table below shows the distribution of  polling stations over the 15 electoral districts. 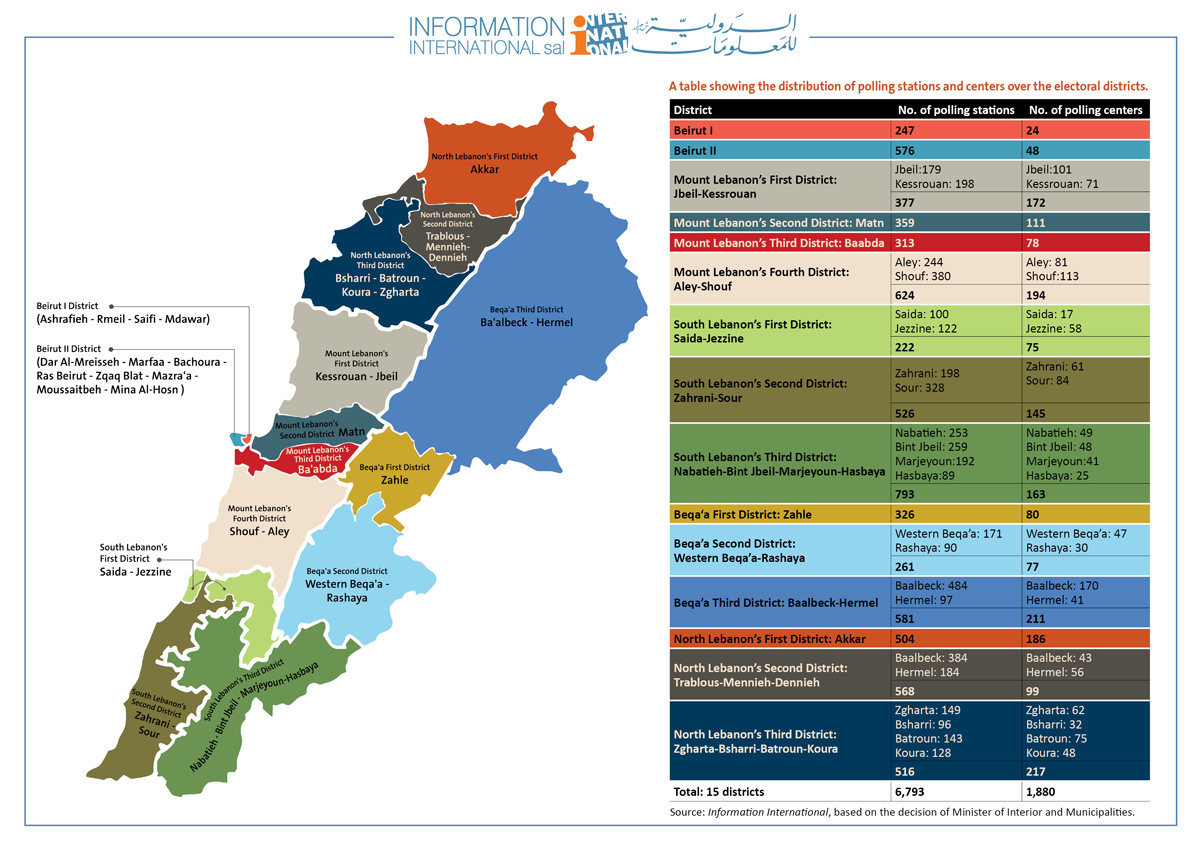