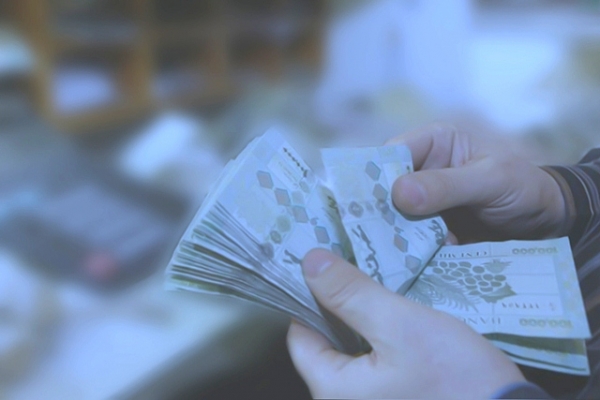 The new parliamentary electoral law encourages spending on election campaigns and vote buying by lifting the spending limit of each candidate as follows:

For instance, the spending limit of each candidate of the Beirut II district amounts to:
LBP 150 million + LBP 150 million + (353,164 × 5,000 = LBP 1.766 billion) = LBP 2.066 billion.
The Saida-Jezzine district has the lowest spending limit of LBP 912 million, whereas the Nabatieh-Bint Jbeil-Marjeyoun-Hasbaya
district has the highest, totaling LBP 2.6 billion.

A table showing legal spending limits for each candidate in the 15 districts. 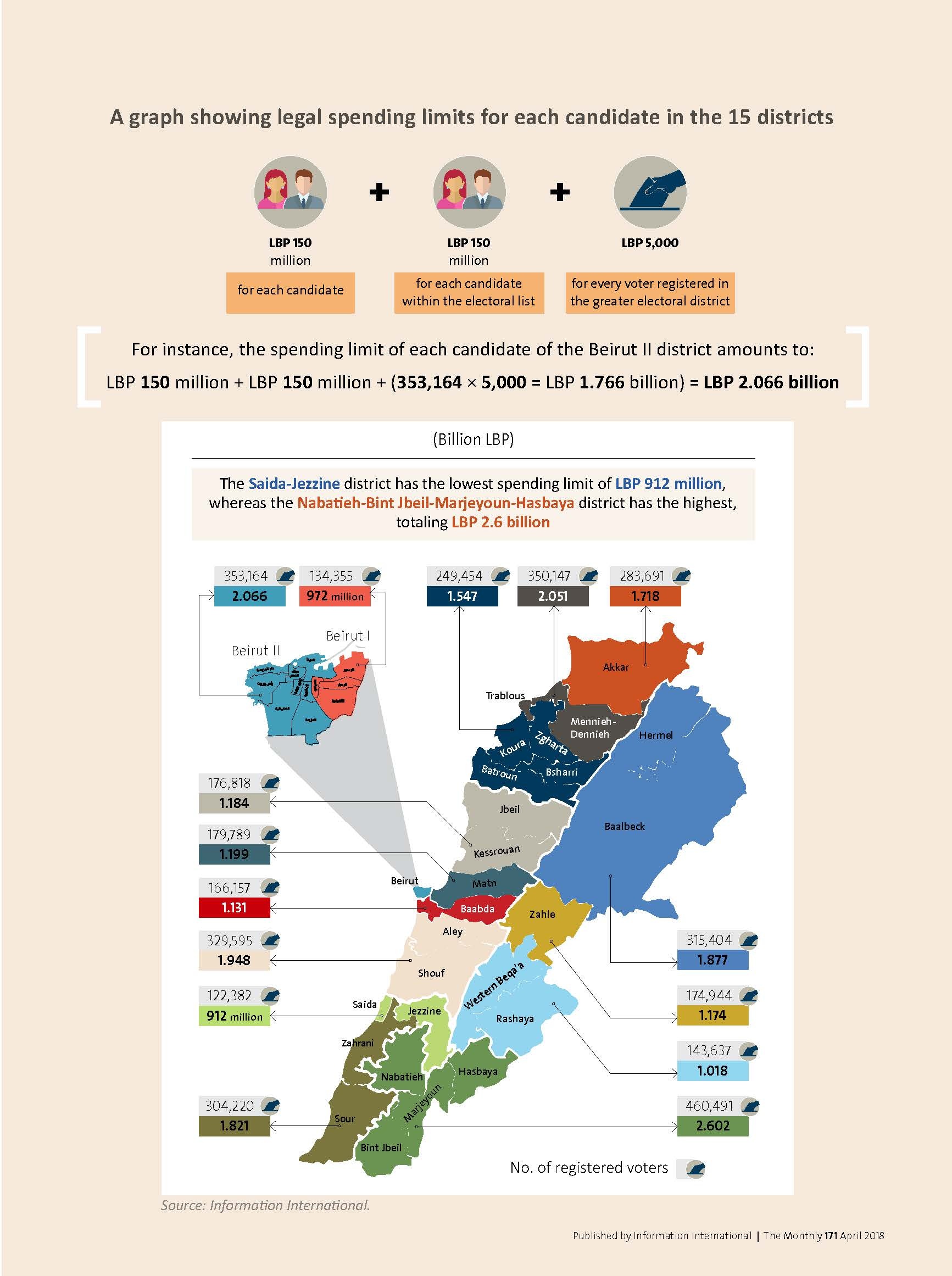