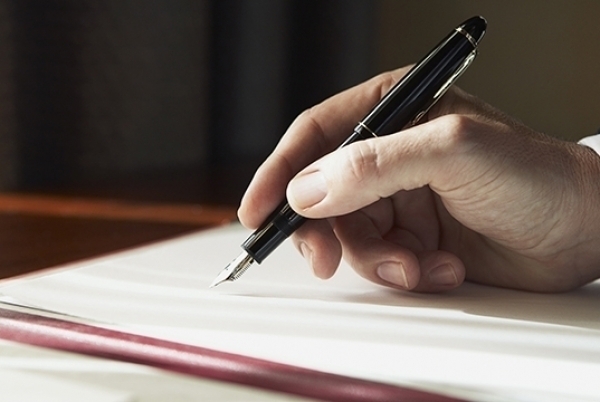 This article was first published after the 2009 parliamentary elections and we are re-publishing it before the closing date for the 2018 applications.

Let us visit 17th century Lebanon, when the ‘Great Prince’ Fakhreddine II, “Ruler of all Mount Lebanon”, “Sultan of the Sea”, conqueror of Tripoli, Koura, Jbeil and ruler of Metn, Keserouan and Chouf is “dispensing Justice” by severing the heads of some of his followers and accepting appreciation and praise for his ‘wisdom’ from their relatives for sparing them. Here he is, writing to the Grand Duce of Tuscany that he is a Christian and he is prepared to unveil this secret and he signs: “My children kiss your hands and feet”

He writes to the Grand Duchess as well…“I and my country and followers are under your command, awaiting your orders, begging you to appoint me Counsel of Tuscany to oversee my country exports and imports to and from Tuscany.

‘Servant of your Highness

Prince of Saida and the entire Mount Lebanon’.

What does the emissary of the Grand Duce say about this ‘great prince’.

“Although he is stingy and he robs his followers of their earnings, he seems loved by them because he gives his soldiers the opportunity to rob and to benefit. He is feared yet stingy and patient when confronted with calamities’’.

Let us now move to the 18th century Lebanon, with another “great prince” Bashir al-Shihabi Al-Kabeer, at his Beiteddine Palace, also ‘dispensing justice’ by piercing the eyes of his nephews and sending his henchman Said Hamadeh to sever some heads here and there, perhaps in Deir Al Qamar or Joune. He sends his son Amine to the Ottoman Wali of Saida assuring him that he supports the Sultan, while his other son Khalil is assuring the Egyptian-French Mohammad Ali the opposite. His dream was to kiss the hands and feet of the Ottoman Sultan, but he died outside Istanbul without realizing his dream, satisfying himself by kissing the hands of those who perhaps kissed a hand of a Sultan.

He was a Durzi with the Druze, a Christian with the Christians and a Mohamadi with the Muslims, but he worked hard to have them at each other’s throats…

What do his friends the French say about him?

‘…The whole truth must be said; his oppression was overwhelming. Some people have shown me (in Damour and Chwaifat) their burned houses and their destroyed monastery and told me that their women and daughters were violated...’ wrote the translator for the French Consulate.

Let us now move to 20th Century Lebanon when the Zua’ama of Jabal Lebnan (Mount Lebanon) were groveling at the feet of Jamal Basha, for the titles of Beik, Afendi, Agha, and Sheikh and for the spoils of the Land.

What does Jamal Basha say about them?

‘I made them’ says the one they nicknamed “the Butcher”, after the defeat of the Ottomans in WWI.

‘I had never thought they would steep so low’ he says, mentioning them one by one in his memoirs, they whose grand children still prowl Lebanon and the Arab World.

They were ‘serving’ him and at the same time ‘serving’ the French and the British, he says.

Let us now go to Lebanon at its ‘First Independence’, in 1943

What does General Edward Spears say?

‘On the night of the 11th of November, I was fast asleep with my windows wide open as usual when I was suddenly awakened in a startling way by a body falling into my mosquito net. It was the President’s eldest son, Khalil, a pudgy lad, and his face was covered with blood. He said, ‘My father said to me, ‘Go to General Spears and tell him’. Then he told me that soldiers had burst into his parents’ room where his mother was ill in bed. Which they flung him, shouting ‘Son of a dog, son of an Englishman’.

What does Patriarch Arida write about himself?

We have authorized our son Sheikh….to conclude with you agreements for the benefit of both our countries and he is authorized to receive from you any amount of money as well’.

We continue our path to Camille Chamoun nicknamed ‘The Handsom Arab Youth’, brought to the presidency by the British and the Americans, to the “Prince General” Shihab installed by Nasser and Eisenhower all the way to Helou, Frangieh, Sarkis and to the end of our symphony today.

What was and is being said about them?

Let us now enter the election of 2009 when ‘we all’, ‘elected’ ‘them’ and even the “missing third” stayed missing. This is an election that proves that ‘we’ have been taken hostages since the 17th century.

What does this say about these Zua’ama if the ultimate ambition of Fakhreddine was to become a council of Tuscany and Bashire to kiss the hands of the Sultan?

What would then be the ambition of who crawled and still crawl at Anjar and Awkar?

The equation is simple, it is fear and security.

Fear of “the other” and of the unknown, seeking refuge with the Zai’m who provides money and employment. Fear creates a dual Stockholm Syndrome and Florence Nightingale effect, for we Lebanese do fear and venerate our masters, just as they need us and love our need for them. So it is no wonder that ‘we fear them’ so and that ‘we love them’ so and ‘they fear us’ and ‘love us’ as well and that is the story of the Lebanese election in 2009 and of all elections.