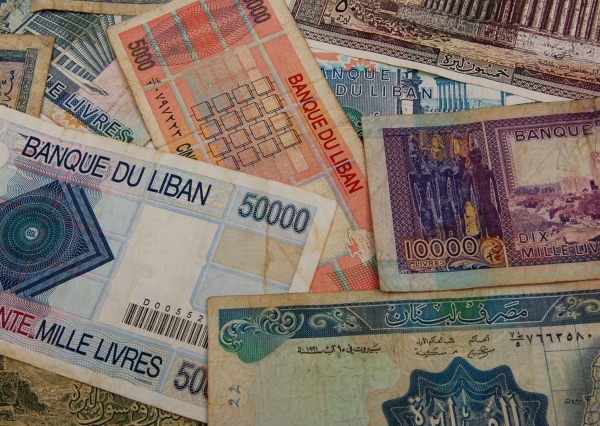 By virtue of the Code of Money and Credit of 1963, Banque du Liban is vested with the exclusive right to issue the Lebanese currency, provided that “the notes of a value equal or over one pound shall bear the facsimile signature of the Governor and First Vice-Governor of the bank.”

Currency Protection
The code requires BDL to keep “bullion and foreign exchange providing a safe cover for Lebanese currency equivalent in value to at least thirty percent (30%) of the money it issued and of its deposits at call, provided that the ratio of the said bullion and foreign exchange to the value of the money it issued is not under fifty percent (50%).”

Notes and Coins Issued
Lebanese currency issued until June 2017 amounted to LBP 6,910 billion compared to LBP 2,954 billion in 1996. Table No.1 shows the distribution of money by denomination.

Table No. 1: Distribution of Lebanese currency by denomination. 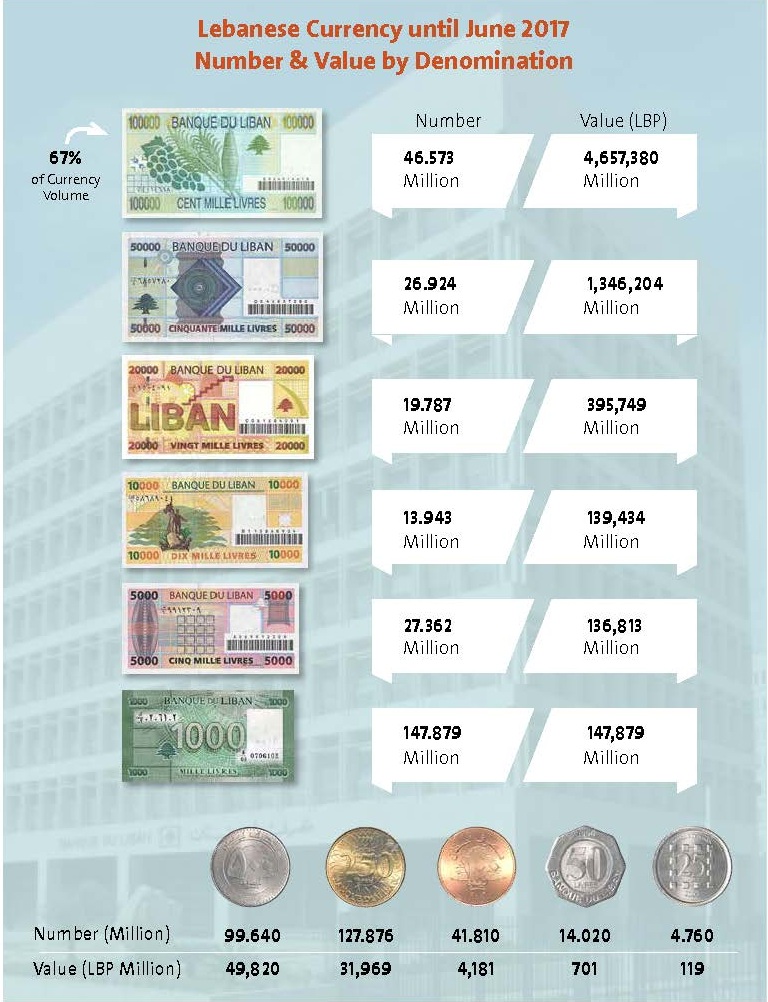 In light of the increase in public debt, economic recession, and the persistent public budget deficit, the Lebanese lives in a state of fear and anxiety over monetary and financial stability, especially when political or security crises arise. They rush to exchange some of their deposits and money in Lebanese pounds into foreign currencies, namely the U.S. dollar, in order to maintain their purchasing power in case the Lebanese pound collapses. Fear may occur if remittances to Lebanon in foreign currency decline, overseas remittances increase, or if sanctions are imposed. If this happens, it may destroy the banking and financial sector.