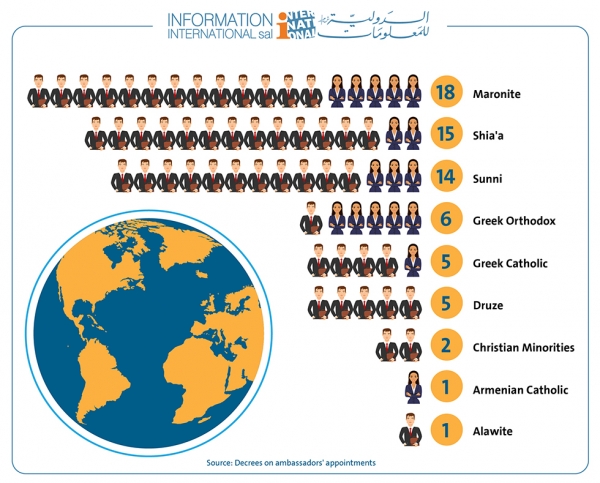 Five years after the last round of diplomatic appointments, in July 2017 the Council of Ministers approved the selection of diplomats based on the same sectarian and political principles and criteria. Zua’ama of major sects continue to have the same quota of embassies, which was extended to include the embassies of less-important countries, but with a limited turnover.

What is remarkable in these appointments is the emergence of female diplomats (17 female ambassadors out of 67). Ten ambassadors are not career diplomats. The following graph shows the distribution of new ambassadors by sect. 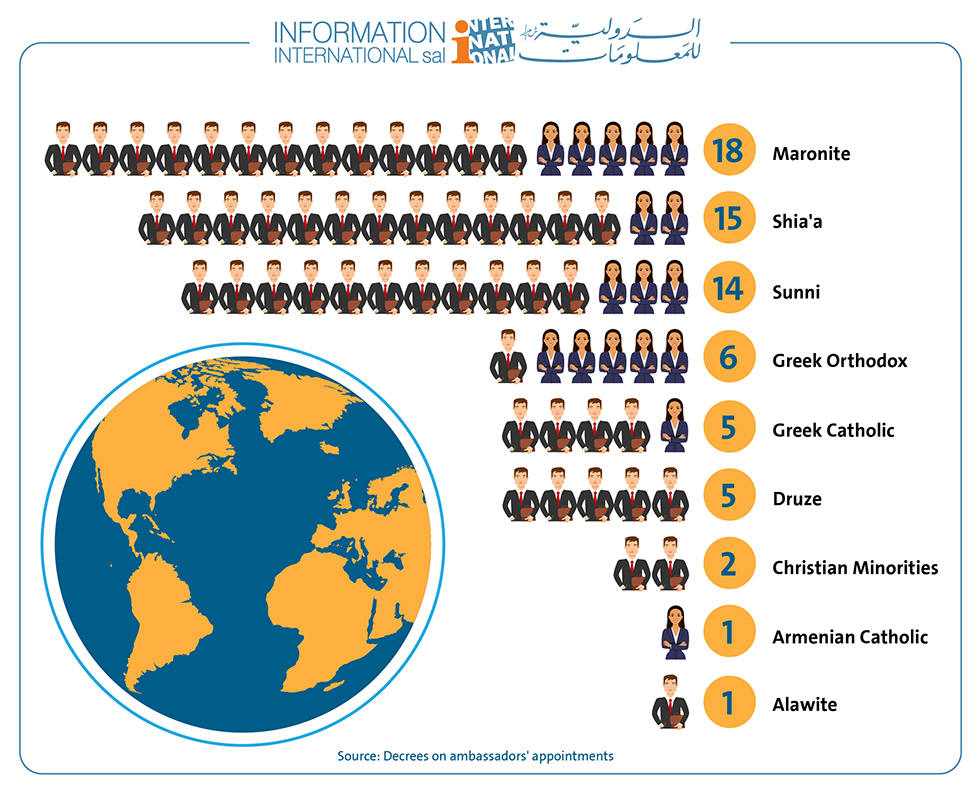