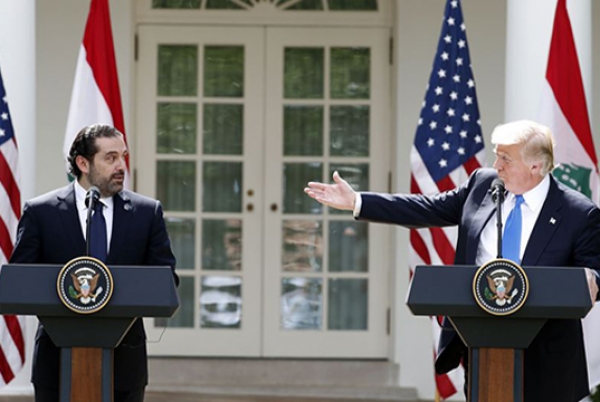 Prime Minister Saad Hariri led a delegation to visit the United States in July 2017. He met with American officials, beginning with U.S. President Donald Trump, and officials of international financial institutions. Doubtless, this trip has yielded certain results that we the ordinary people might not know. Yet the cost to the treasury reached LBP 2 billion. This large sum was “eased in” in two batches in two separate time periods.

The Council of Ministers approved an appropriation of LBP 500 million on July 5, 2017, distributed as follows:

The money was appropriated “in order to cover the travel expenses of the Prime Minister and his delegation to the United States of America,” according to the decree. This appropriation was transferred from the budget reserve (due to the availability of appropriations in the budget items related to travel and conferences abroad) to the Presidency of the Council of Ministers’ budget. The decree, No. 1088, was issued on July 18, 2017, and published in Official Gazette No. 33.

Those who follow the news thought the LBP 500 million was the extent of the expenses. But a surprise came with the issuance of Decree No. 1186 on August 2, 2017, and its publication in Official Gazette No. 55 of November 23, 2017, i.e. about four months after the publication of first decree. The new decree lays down a transfer of an appropriation of LBP 1.5 billion from the budget reserve to the Ministry of Foreign Affairs and Emigrants’ budget, distributed as follows:

Again, the money was appropriated “in order to cover the travel expenses of the Prime Minister and his delegation to the United States of America.”

The Council of Ministers approved this appropriation at the same meeting held on July 5, 2017.

Why didn’t the Council approve the travel money as a single appropriation, instead dividing it into two batches in one meeting? Why was the appropriation promulgated by two different decrees published about four months apart?

This high cost necessitates a reconsideration of the need for external visits and of delegation sizes in order to reduce the expenses of a country burdened with a public debt soaring by LBP 100 billion.