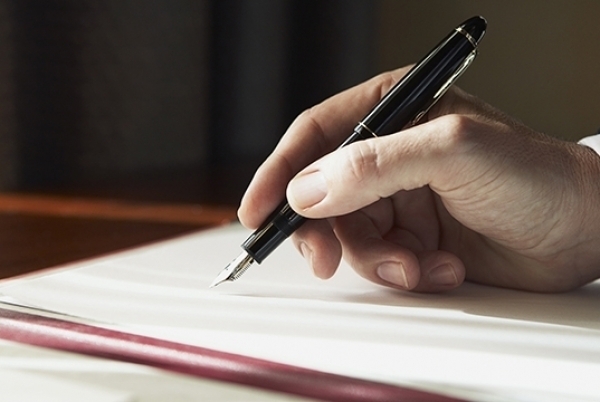 This article was first written and published in November 2013 (The Monthly, issue number 136), and we are re-publishing it after the graduation of Nour and Reem.

Reem graduated in 2017 from Dartmouth University with two degrees: BA in Government and BS in Biology.

Nour graduated in 2016 from Trinity University with two degrees: BA in Economics and BA in Political Sciences.

Reem is on her way today to Harvard Medical School and Nour works at the International Monetary Fund (IMF).

I would reiterate here my view expressed in 2013: “I know not where Nour and Reem will work after graduation. What I know is that it is unlikely to see them working for successive Lebanese governments, for they are the kind who pay no allegiance to sects and Zua’ama. They dream of a nation based on the principle of citizenship”.

Most of what we write brings distress to the heart. Most of what we see casts a gloom on the spirit and most of what’s around us creates an aura of pessimism. But amidst deepening gloom, bright spots emerge to defy the dark.

Laborers sweating from dawn to dusk, survivors fighting sickness and poverty with a smile, industrialists, traders and craftsmen reaping the yields of their efforts with self-dignity, yet without arrogance, citizens saying no to humiliation, bribery and oppression; those are the unsung heroes. They solicit no posts or money and implore no favors from sects and Zua’ama. Never do they serve as talebearers. Never do they stab a nation or a friend in the back.

For the media, those ordinary people are no “scoop material”.  But if there were any truth, virtue or beauty in this land, it is thanks to them. Nour Chamseddine, 19, and her sister Reem, 18, are among this righteous crowd.

I have known them since they were children. They grew up in an open-minded environment where books were as important as daily bread. They recognized no sects or sectarianism and were able, through diligence and hard work, to reach academic excellence. From the Saint Joseph Schools of Saida and Beirut, Nour earned a scholarship to the International College (2009-2012) and Reem received one to the American Community School (2007-2013). After obtaining their intermediate and secondary diplomas, the sisters were awarded merit-based university scholarships; Reem to Dartmouth College in New Hampshire and Nour to Trinity College of Connecticut.

Sectarian and political grounds were never a factor in awarding the Chamseddine sisters the scholarships. Reem and Nour were selected solely on merit. Competency, qualifications and a firm belief that the road to success is paved with hard work were the factors that helped push them through.

They excelled at school and were active members in the civil society rising above the banal and the vain. I know not where Nour and Reem will work after graduation. What I know is that it is unlikely to see them working for successive Lebanese governments, for they are the kind who pay no allegiance to sects and Zua’ama. They dream of a nation based on the principle of citizenship.

From Nassri Chamseddine’s hometown, from the crumbling arches of the Lady Stanhope Castle in Joun to Connecticut and New Hampshire, Nour and Reem painted two success stories. Stories to tell to this generation and to pass down to future ones. Stories attesting that we dream, labor, and lie in wait. We labor, we dream, and we chant with Nassri:

Estranged on native mount and sand*

From azure skies that cap our land

Our moonlit nights have lost their sheen

Everyone tells me, ‘immigrate’

Instead, I dream, lament, and wait.

And allow me to stand corrected. Nour and Reem are not two success stories. They are one.  A story of a family huddled under the slogan of education, labor and citizenship. This is how environments of innovation flourish, this is how schools and factories grow, this is how art and thought are born, and these are the lines that children should be raised on. Nour and Reem have mastered their mother tongue like all the foreign languages they acquired and we all take pride in their command of Arabic.

We labor and we wait in patience to see sparkling stars like Nour and Reem. Sparkling stars to illuminate our pitch-dark nights and skies.