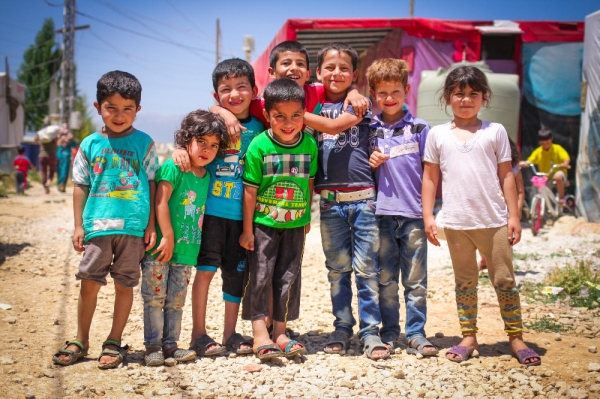 Lebanese NGOs, which number more than 7,000, are classified into various types and levels. Some of them lack the minimal potential required and their existence is only limited to the factual certificate, while others are very active and receive huge funding (part of which are state funds). Indeed, the most important, powerful and effective of all are the 95 NGOs that have gained a special decree granting them the so-called "social welfare" status.

"Social Welfare" Status
An association is licensed by a factual certificate issued by the minister of interior and municipalities, while the status of "social welfare" is granted to an association through a decree issued by the government in line with a request submitted by the association to the Ministry of Social Affairs.
Legislative Decree No. 87 dated June 30, 1977 (and its amendments) stipulates that a "social welfare" association is any association or institution that seeks to fulfill any of society’s needs.
Based on the decree, the status can be granted as long as an association meets the following conditions:
• It should be a non-profit association with goals targeted toward social and public-service sectors.
• It should offer comprehensive and sustainable services.
•It has been operating for more than three years.
• It dedicates its full resources to achieve its goals.
• It comprises skilled and specialized members.
• It shelters or takes care of orphans facing difficult conditions.
• It offers health care and hospitalization in charitable dispensaries.
Characteristics and Benefits
"Social welfare" associations benefit from aid and exemptions stipulated in the legislative decree, such as:
• Aid and assistance granted by the government, municipalities and public institutions.
• Exemption from taxes and fees.
• Exemption from transportation fees or any other fees and taxes imposed on grants received by the association, including municipal taxes.
Supervision over "Social Welfare" Associations
According to the decree, "social welfare" associations are subject to supervision by the Court of Audit. The decree also stipulates the creation of a supervisory committee, which looks into annual reports submitted by the association and which includes the latter's  activities, achievements and budget. The committee’s term is three years. It is headed by a president (which must be a current or former judge), two members representing the Ministry of Finance and the Ministry of Social Affairs, an expert in social affairs, and a representative of "social welfare" associations.
The president receives LBP120,000 and committee members LBP100,000 for each session held outside official working hours. (The decree stipulating this allowance also states that the number of sessions outside official working hours should not exceed five per month.)
Numbers of "Social Welfare" Associations
The number of licensed NGOs in Lebanon in 2017 amounted to around 7,000, of which only 95 are "social welfare" associations. However, legislative decree no.87/77 stipulates that associations which already received the "social welfare" status before the issuance of the decree should renew their applications. Since not all associations have submitted applications, only 95 have been granted this status, as shown in the following table. As we can see, most of these associations follow political or sectarian authorities and are not independent civil associations. This political and sectarian affiliation provides them with the needed coverage to perform their actions and meet the goals of the authorities set by the authorities they are working with, whilst taking benefit from donations, exemptions and privileges granted to them by the Lebanese government.
Table showing the 95 associations that earned the "social welfare" status.
Source: The Official Gazette and press and personal information on the identity of associations and institutions.

Based on the above-mentioned table, "social welfare" associations are distributed as follows: 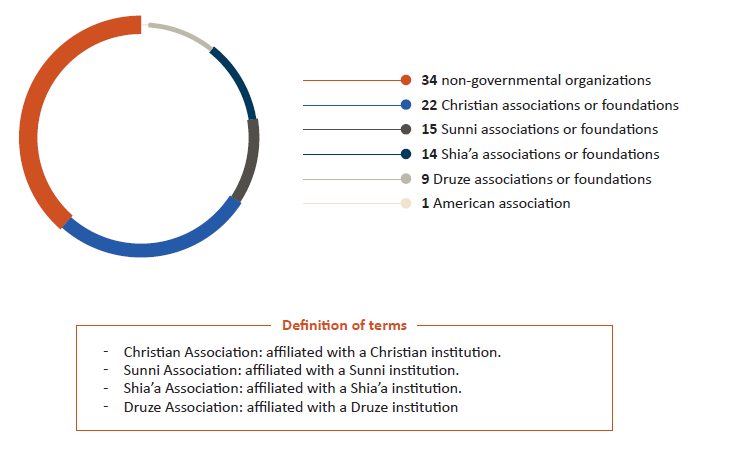