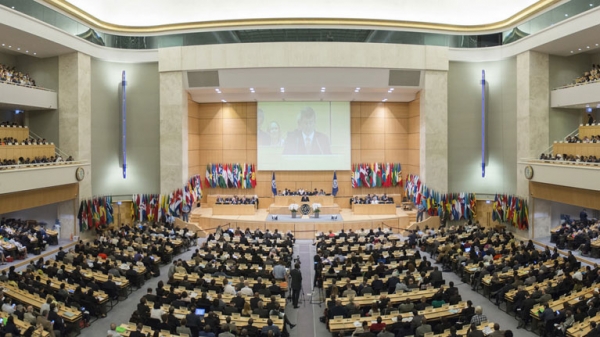 On January 23, 2017, the Lebanese government received through its embassy in Switzerland a letter of invitation from the director-general of the International Labor Office to participate in the 106th session of the International Labor Conference slated for June 5-16, 2017, in Geneva. According to the letter, the delegation must be equally composed of government representatives, employers and employees, and calls for equal representation of women. The conference’s main theme is “labor migration” and “decent work for peace and resilience”.

The delegations’ composition does not take into consideration the state of public finances and a country’s deficit. The delegations are always large and they waste public funds without ever achieving any positive outcome. The Lebanese government bears all travel and accommodation expenses.

It was decided to form a delegation of seven state employees (from the Ministry of Labor). They are as follows:

-Minister of labor and/or director general as the head of delegation.

-Chief of Cabinet as an original member.

-Head of the Foreign Workers Management Division as an original member.

-Adviser to the minister of labor as an original adviser.

-Acting head of the External Relations Department as a member adviser.

-Social and educational expert as a member adviser.

-Media professional as a member adviser.

- An original member and a number of advisers (employers).

The Ministry of Foreign Affairs and Expatriates reported that it will bear the minister’s travel and accommodation expenses amounting to LBP 17 million.  As for the expenses of the delegation members, they must be approved by the Council of Ministers. The cost of participation is estimated at around LBP 100 million. It is a huge amount that can be reduced by limiting participation to the minister and one of the concerned experts after preparing the necessary files and studies at the Ministry of Labor, as well as an employee at the Lebanese Embassy in Switzerland.