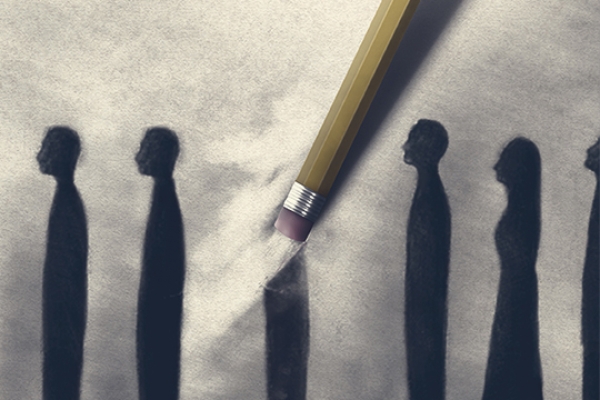 As stipulated by the Taëf Agreement, Foreign Minister Gebran Bassil, head of the FPM, has proposed a reduction in the number of MPs from 128 to 108.

Six Christian MPs for every 5 Muslim MPs was the formula adopted in Lebanese parliamentary elections from independence in 1943 until 1972. However, due to the civil war that broke out in 1976, elections were suspended for many years. According to the 1960’s electoral Law, the number of MPs was 99, distributed between Christians (54) and Muslims (45). However, in accordance to the Taëf Agreement and in order to achieve equality between Muslims and Christians, it was agreed to raise the number of MPs to 108 by adding nine Muslim MPs (3 Shia’a, 2 Sunnis, 2 Alawite, and 2 Druze). Therefore, the number of MPs became equally distributed between Muslims and Christians (54 Muslims and 54 Christians). Further, in response to Syria’s desire to grant parliamentary seats to its allies, the electoral law was amended  for the 1992 elections where the number of MPs became 128 after adding 10 Muslim MPs (5 Sunnis and 5 Shia’a) and 10 Christian MPs (4 Maronite, 3 Greek Orthodox, 2 Greek Catholic, and 1 Armenian Orthodox). The following table shows how the 99, 108, and 128 MPs are distributed among districts and sects. 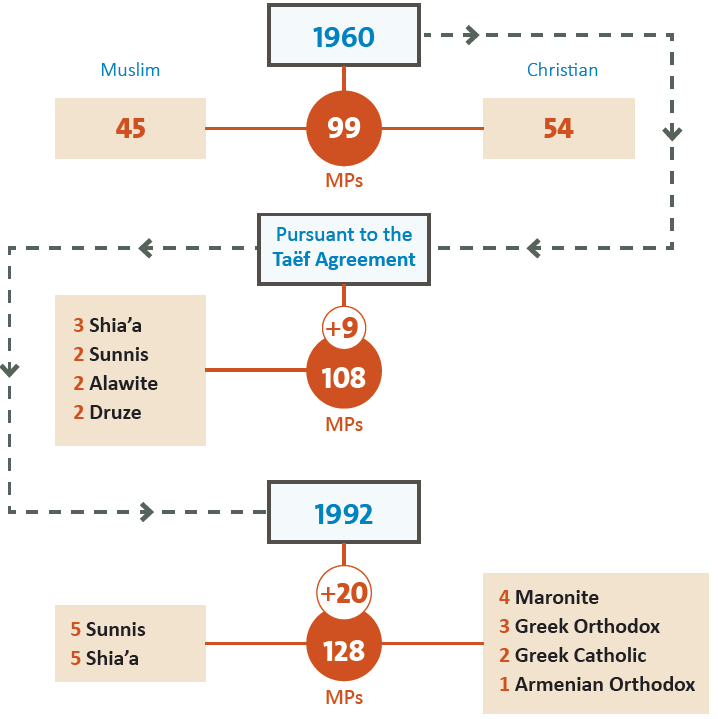 -    The Free Patriotic Movement (FPM) will lose 4 seats: the Maronite seat in Kessrouan and the three seats in Matn (one Maronite seat, one Greek Catholic seat, and one Greek Orthodox seat).