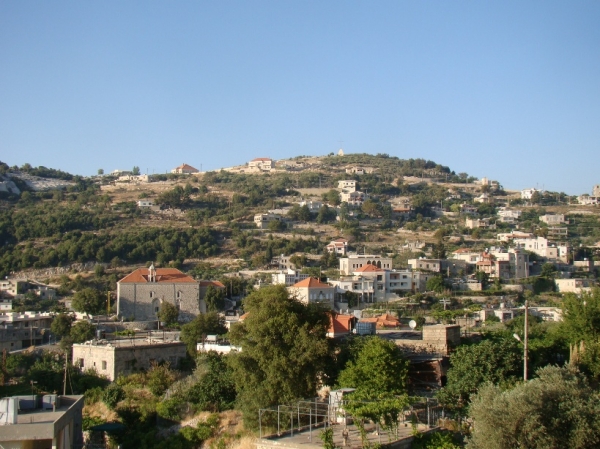 Zaitoun is one of Kessrouan district’s villages that have a great number of Maronite inhabitants. However, this village is not Maronite as its population is semi-equally distributed between the Shia’a and Maronite sects.

Etymology
The village was named Zaitoun because ever since the Ottoman era it has been rich with olive trees. Traces of ancient olive oil presses have been found throughout the village and are still visible today.

Location
Zaitoun village is located in Kessrouan district. It is just 45 km from the capital Beirut, stretching over an area of 268 hectares, at an altitude of 600 m2 above sea level.  It is bordered to the north by Maaysra and Zaitreh, to the east by Aazra, to the south by Nammoura, Kfar Jrayf and Ghidras, and to the west by Aaqaybeh.

It can be reached by taking the Jounieh-Ghazir road, Jouret El-Termos.

Population and Housing
The estimated number of registered residents is about 1,000, of which 57% are Shia’a and 43% are Maronites. Zaitoun village is composed of around 350 houses.

Local Authorities
Zaitoun village has a 9-member municipal council that was established February 17, 2004, thanks to resolution No. 153. The village also has a mayor and a 3-member mayoral council.

Economic Life
Today, the economic life of residents is agriculture-based. Historically, silkworm rearing was the key source of income.

Zaitoun in History
Zaitoun is known to have hosted Hamadi Shia’a chieftains. When the newcomer Maronite Fahed and Khairallah families appeared, the Hamadi Shia’a cooperated with them. 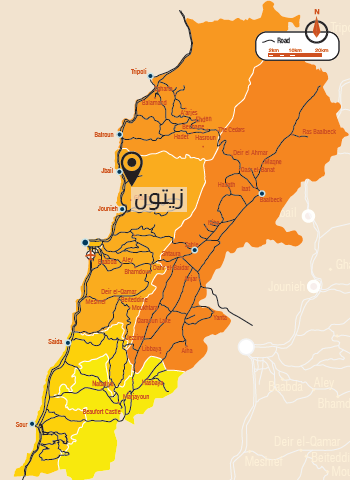