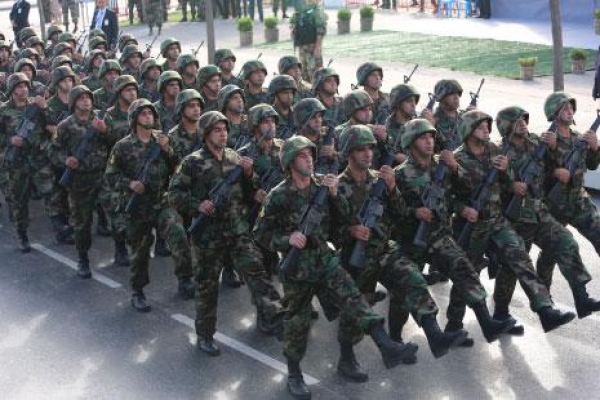 In his new book “The Lebanese Army, Divisions and Loyalties”, writer and journalist Nicolas Nassif does not narrate a biography as he usually does, instead he tracks the journey of the Lebanese Army, following the divisions and loyalties it witnessed during the Lebanese Civil War until it was reunified in the era of General Emile Lahoud.

“’The Lebanese Army, Divisions and Loyalties,’ is the story of a history made by non-Lebanese players who directed the army’s path and put it into many risks when Lebanon was collapsing,” Nassif states in his introduction.
In order to complete this unique, distinctive and unprecedented work of military history, Nassif has primarily relied on personal interviews with dozens of military figures of different ranks who played major roles in the Civil War, as well as in the divisions of the Lebanese Army.
The book consists of five chapters:

Chapter 1: The author talks about the military defection led by the Lieutenant Ahmad El-Khatib and the establishment of the Lebanese Arab Army (LAA). Contrary to what was the norm at the time, Nicolas Nassif relates important facts regarding the strained ties between the Lebanese Arab Army and the National Movement under the leadership of Kamal Jumblatt.
Chapter 2: This chapter discusses the vanguard of the Lebanese Arab Army which was led by the pilot Lieutenant Colonel Fahim El-Hajj, who was based in Rayak Air Base in Beqa’a and established the LAA to facilitate the entry of Syrian armed forces into Lebanese territory at the request of the Rayak Air Base officers and following the blockade imposed by the Lebanese Arab Army and Palestinian Armed Forces. However, the future of Fahim El-Hajj was totally different from that of Ahmad El-Khatib. The latter ended up in semi-isolation while the former was appointed as the commander of the Air Force between 1989 and 1997, as well as commander of Mount Lebanon Military Region in 1983.
Chapter 3: This chapter discusses the role of the Syrian Lieutenant Colonel Mohammad Ghanem, who served as the head of security and surveillance department of the Syrian armed forces operating in Lebanon from late 1976 until the Israeli invasion in 1982 and formed the Arab Deterrent Force (ADF). The chapter also describes how his role in Damascus came to an end after he approached Rifa’at Al-Assad and the non-implementation of Syrian leadership’s decision to strike Yasser A’arafat’s PLO’s fighters and deport them from Lebanon.
Chapter 4: The discussion here is about the end of President Amine Gemayel’s mandate, the term of General Michel Aoun, who led a transitional military government, and the unification of Army divisions by Salim El-Hoss’ government in West Beirut under the leadership of Major General Sami El-Khatib, resulting from their failed attempts to find a Christian General to take over the presidency and their refusal to confront General Michel Aoun.
Chapter 5: The last chapter is about the unification of the Lebanese Army under President Emile Lahoud. The author discusses Lahoud’s military life and the circumstances behind appointing him as the commander of the Lebanese Armed forces in 1989. He also mentions the role of the Lebanese Army in displacing General Michel Aoun. 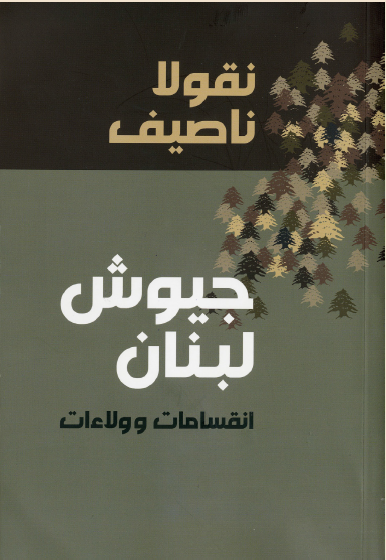