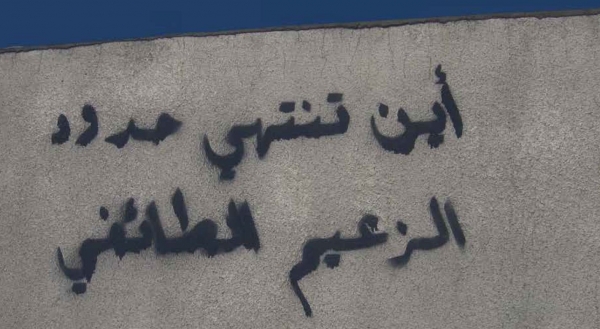 The National Accord Document-The Taef Agreement laid the foundation of a constitutional provision, and thus the subject of forming a Senate emerges in the political, legal, and media debates every now and then. However, it is quickly and extensively neglected to be discussed again later. This is what occurred in the national dialogue session held at the headquarters of the Speaker of the Lebanese Parliament in Ain El Tineh in early August 2016 and during which the subject was reopened, but nothing has happened since and the Senate was forgotten in the subsequent days and weeks.
So, what are the historical, political, and constitutional backgrounds to the formation of a Lebanese Senate?

After the declaration of the State of Greater Lebanon in 1920, the adoption of the Constitution on May 23rd, 1926 and the beginning of Parliamentary life, Lebanon adopted the system of two councils, i.e. the Parliament and the Senate.
Article 22 of the Constitution issued in 1926 stipulates “the formation of a Senate of 16 members, seven of them will be appointed by the Prime Minister after consulting the Ministers. The Senators’ term of office is six years. They can be re-elected and reappointed even after completion of their term of office”.
Article 98 stipulates: “In order to put the Constitution into force and to fully implement it, the High Commissioner of the French Republic is given the right to appoint the first Senate by virtue of the provisions of Articles 22 and 96 by 1928”.
Pursuant to the old Article 96, the seats were distributed among sects as follows:
Five for Maronites, three for Sunnis, three for Shias, two for Orthodox, one for Catholics, one for Druze, and one for minorities.
The French High Commissioner Henry de Jouvenel appointed the members under the resolution no. 305 in 1926.
Article 23 set forth the conditions of membership: “Senate’s members must be Lebanese aged 35 years, but they can be out of the Greater Lebanon in the date of election. A special law will be drafted whereby the electoral districts, the legal capacity of elected candidates and the method of election are set out”.
As for the Senate’s powers,  Article 19 stipulates that” all laws are published after being passed by both Councils (the Parliament and the Senate), provided that the laws submitted by the Government, ratified or enacted and passed by the Parliament are only introduced to the Senate upon its own request.
If the Senate wants to examine the aforementioned laws, it must inform the Government within eight days, otherwise they are considered ratified.
In the first amendment of the Lebanese Constitution that took place in October 17th, 1912, the Senate had been abolished so the legislative authority became entrusted with one body, the Parliament, instead of both the Senate and the Parliament.

The Senate in Taef Agreement

Many discussions about the Senate’s formation had been held in the Saudi city of Taef. The National Accord document stipulates:

“With the election of the first Parliament on a national not sectarian basis, a senate shall be formed and all the spiritual families shall be represented in it. The senate powers shall be confined to crucial issues”.
Some MPs who took part in the meetings of Taef, declared that the president of this Senate shall be Druze, whereas others disputed this matter, arguing that with the formation of a senate the presidency is not restricted to any sect. This statement seems far from reality as no one can imagine Lebanon without the sectarianism of the three presidencies, albeit according to the custom.

The Senate in the Lebanese Constitution

On September 21, 1990, the Constitution was amended by virtue of the Taef Agreement. The text contained in the Agreement was included in Article 22 of the Constitution, which means that the Constitution has provided for the formation of this Senate more than 26 years ago. However, this Senate did not come into being for many political, sectarian, and constitutional considerations that raise questions with no definite answers such as:
What are the crucial issues assigned to the Senate? Some MPs who participated in the Taef meetings believed that these issues are the ones that require the approval of two thirds of members of Government as set out in the decree of its formation, and that are specified in Article 65 of the Constitution. They include: the amendment of the Constitution- the declaration of a state of emergency and its cancellation- war and peace- the general mobilization- the international agreements and treaties- the general budget- long-term and comprehensive development plans- the reconsideration of administrative divisions- the dissolution of the Parliament- the Election Law- the Nationality Law- the Personal Status Laws- the dismissal of ministers.  This brings us to raise  the following questions:

What is the number of senators?
What is the electoral system to be adopted?
How much will the Senate’s budget be?
How will the powers given to the Senate affect the powers of the House of Representatives? Under the current sectarian regime, the Shias  leaders believe that any derogation of the role of the House of Representatives is a derogation of their role and thus they might not accept it.