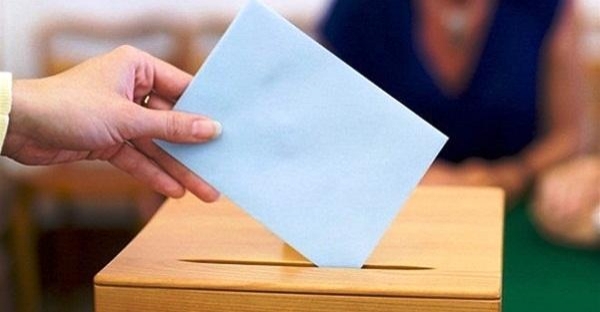 After a 21-month delay, the Lebanese government finally conducted the parliamentary by-election in Jezzine on May 22, 2016 to fill out the Maronite seat which had become vacant on June 27, 2014 following the death of MP Michel Helo. According to Article 41 of the Lebanese Constitution, the election of a successor has to begin within two months from the date of the vacancy.
Although the term of the new MP is going to be a short one, not exceeding 13 months, the by-election was marked by real competition between four candidates, particularly between Amal Abou Zaid and Ibrahim Azar. Jezzine’s by-election was considered a prelude to the general parliamentary elections expected before June 20, 2017 and a sequel to the electoral battle that characterized the Qada’a in 2009 particularly between the Free Patriotic Movement and Speaker Nabih Berri. 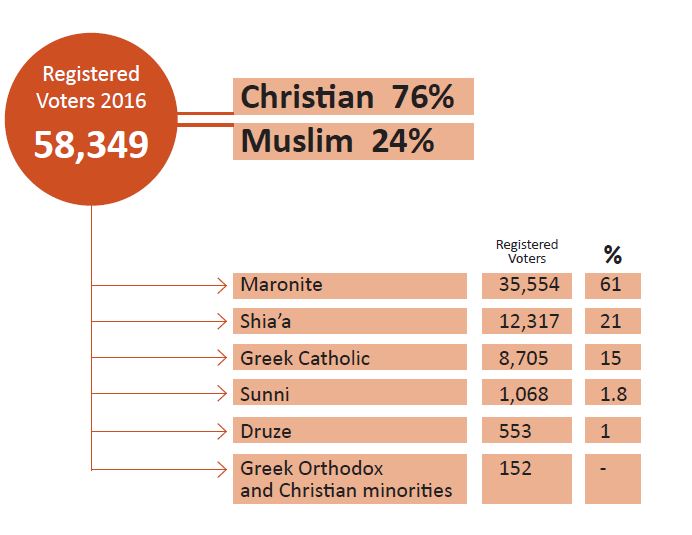 In 2009, the major rivalry was between the list backed by the Free Patriotic Movement and MP Samir Azar, the candidate backed by Speaker Nabih Berri. Voter turnout amounted to 53.6% and the FPM emerged victorious. The 2009 electoral results broke down as follows:

The large number of votes obtained by Samir Azar was credited to the Shia’a vote. The Shia’a electorate totaled 10,467 in 2009 with 5960 casting their votes. Of those, 4990 voters or 83.7% voted for Azar. The Maronite and Greek Catholic candidates on the FPM list received 52.2% which decreased the votes for Michel Helo.

Four candidates contested the by-election in 2016. Amal Abou Zeid won convincingly with 14,653 votes or 53.5% of the total vote. Second in line was Ibrahim Azar who amassed 7,759 votes equaling 28%.

The results are remarkable because the votes received by Amal Abou Zeid were fairly close to those received by the winners in 2009 while Ibrahim Azar’s votes were lower than his father’s in 2009 by 3,000 votes.

The distribution of votes by area is illustrated in Table 1 and shows the supremacy of Azar over Abou Zeid by roughly 400 votes in the city of Jezzine (Azar's hometown).

Table 1: Distribution of votes by area

By sect, Abou Zeid surpassed his rival among Christian and Shia’a voters while Azar fared better among Sunni voters as illustrated in Table 2.

Table 2: Distribution of votes by sect