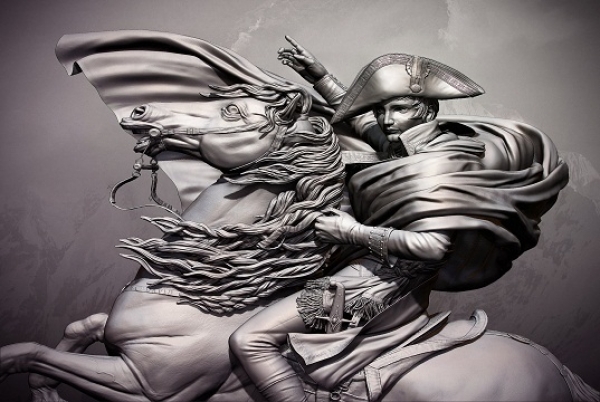 In addition to being recognized as a mighty emperor with tactical savvy and military prowess, Napoleon Bonaparte is still widely remembered for an even more popular trait: his short stature. However, was the “Little Corporal” really as short as commonly believed or is this just another historical myth perpetuated by misleading narratives?

The Short Man Syndrome- so-called Napoleon Complex- has allegedly been named after Napoleon and suggests that short men usually develop an inferiority complex and attempt to overcompensate for this perceived shortcoming. Many believed that Napoleon Bonaparte conquered Europe as a form of overcompensation for his lack of height. Interestingly though, Napoleon was far from short by the standards of his time.
It is believed that the confusion stems from miscalculations caused by the difference in English and French units of measure. Napoleon’s autopsy, which was carried out by Napoleon’s doctor, Frenchman Francesco Antommarchi and signed off by a number of British doctors, recorded his height as 5’2” (1.57m), which may be the source of much of the confusion. The French pouce (“inch”) of the 19th century was slightly longer (2.71 centimeters) than its British equivalent (2.54 centimeters). In modern international units, Napoleon was just under 5’7” (1.70m) tall—not a giant by modern day standards but slightly taller than the average Frenchman of his era. At the time in France, the average height for an adult male was 5’5’’.
As for his nickname, the Little Corporal (le petit caporal), it does not refer to his small size as is mistakenly thought but to his little-known status when he rose to prominence at the 1796 Battle of Lodi. This battle was a turning point in Napoleon’s career and, according to Napoleon himself, contributed to convincing him that he was superior to other generals. The nickname was in fact used as a term of affection rather than an insult, but British propaganda capitalized on this term to portray him as short in stature as a way of attacking and undermining him. The myth was also perpetuated by the fact that Napoleon was often surrounded by much larger soldiers and bodyguards and thus he must have seemed smallish in comparison.