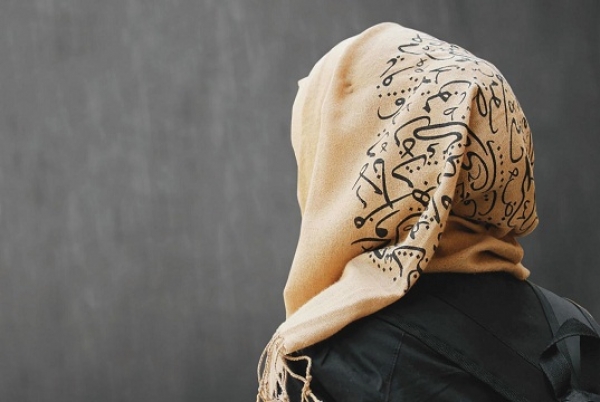 Decades ago, hundreds of schools were established by monks and nuns across different Lebanese regions. Affected by the movements of migration and displacement which marked Lebanon over these decades, these schools recorded declines in their student population. The number of Christian students dropped to alarmingly low rates in some schools. In some cases, Christians were even on the verge of completely disappearing from school records, which became dominated by Muslim students. Yet, those schools persisted in their mission far from any sectarian or religious considerations.

In the scholarly year 2013/14, the student population totaled

and broke down as follows: 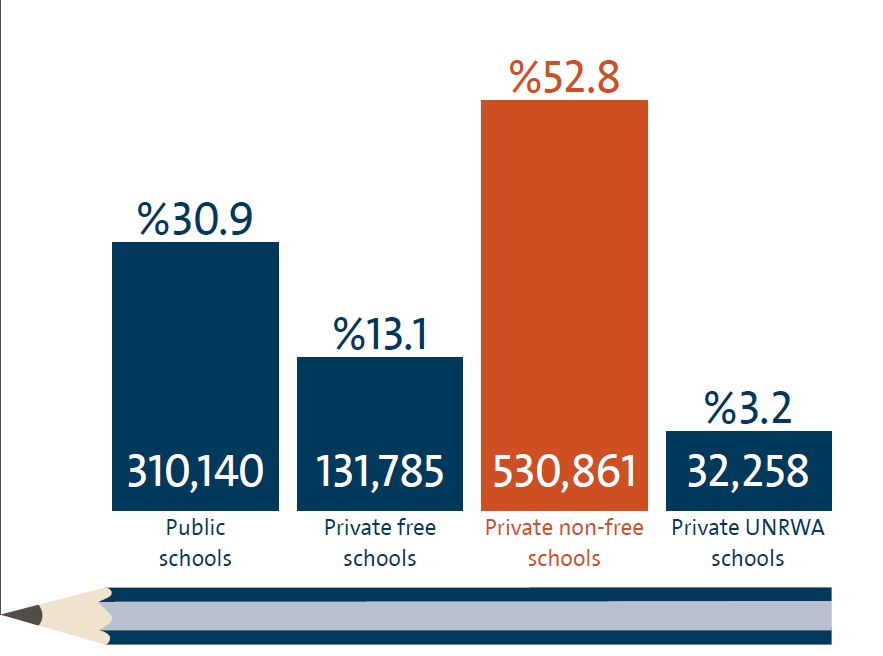 Distribution of Schools by Qada’a

Table 1: The distribution of private Christian schools- both free and non-free- and the number of students in the scholarly year 2013/14.

Source: School Guide issued by the Center for Educational Research and Development 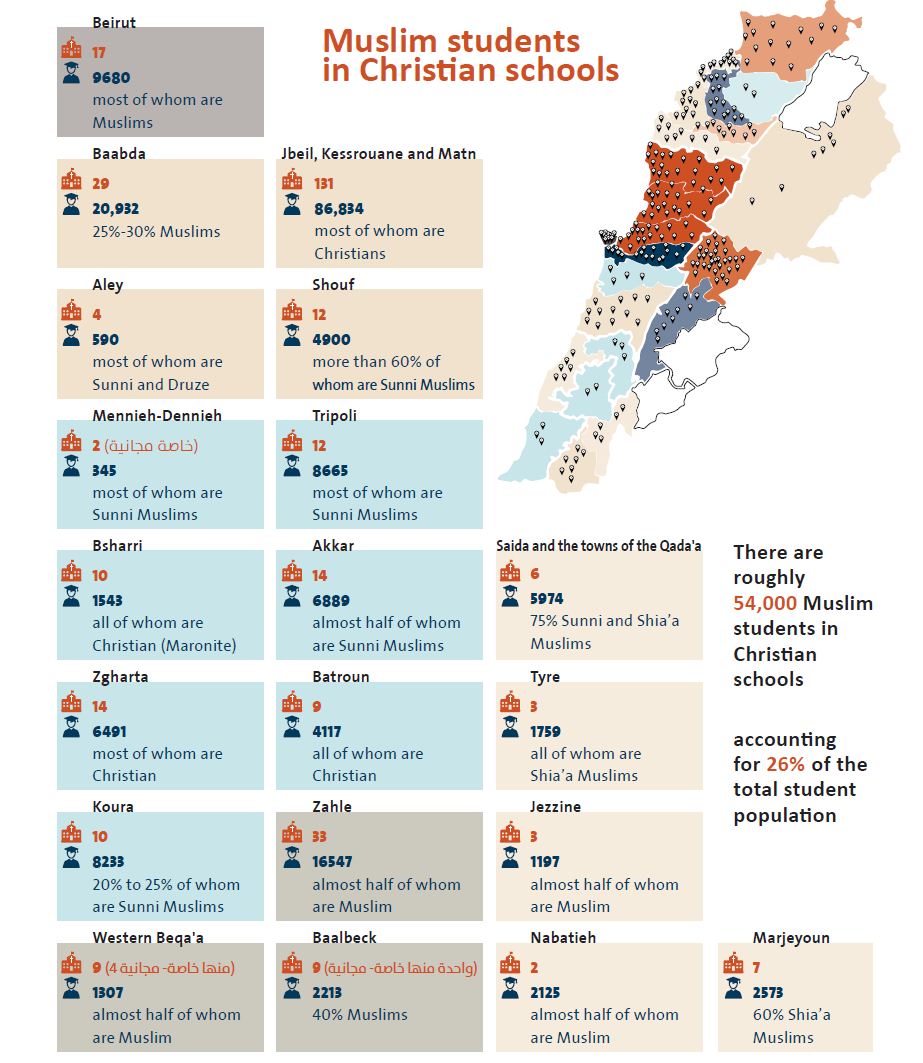 There are no Christian schools in the Aqdiya of Hasbaya, Rashaya and Hermel.