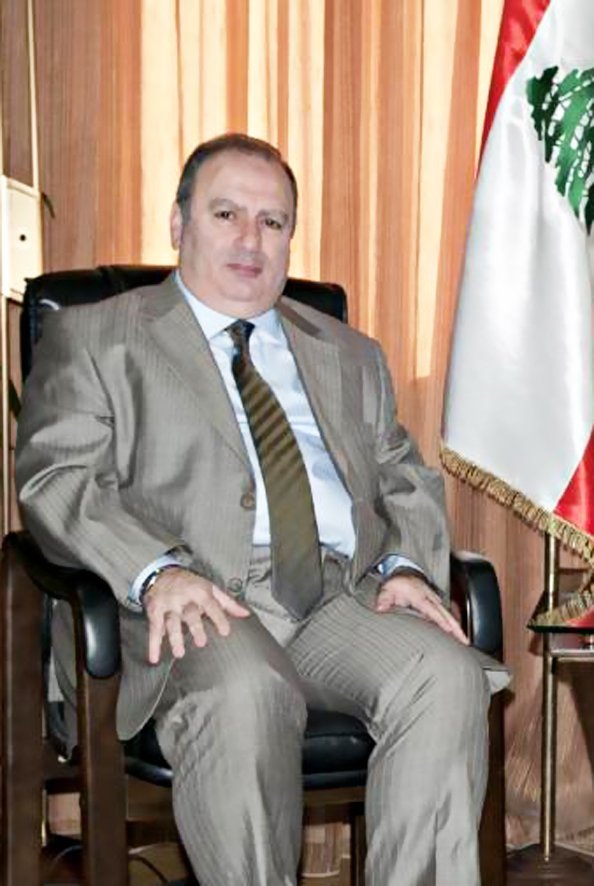 Of those, we have known so many personally. However, we will restrict our comments today to one noteworthy leader who was able to transform his administration into a tireless beehive, proving, through actions, that leadership consists of much more than routine practices and stances; rather, it is both a human and social notion that goes beyond the scope of theorizing. Above all, it signifies confidence, volition, perseverance, long-sightedness, soundness of reasoning and a good sense of initiative.

He is a man who has turned opportunity into capability. He is open to discussions and conversations; a man of knowledge, wisdom, kind words and rectitude. He is capable of driving home the idea unequivocally, without annoying his audience, in order to advance towards better and higher ends. Optimism is an integral part of his speech and love the mainstay of his deeds. He feuds with no one (not even those who are hostile towards him) and makes no distinction based on political, sectarian, religious or community affiliations but instead on the basis of knowledge, merit and the ability to act and interact. He is known for his humility and self denial. He has hardly taken any steps without consulting his close circle of advisers or less close one of experts on the subject. He encourages the members of his team to contribute by providing and shaping the best ideas and he detects among them the most fit to undertake key responsibilities and tasks of leadership. He gives each and everyone a chance to succeed and stand out in a friendly ambiance of familiarity, courage, resolve and positive competition in the best interest of the administration, the society, the citizen and the country.

This man is the Director General of the National Institute of Administration who shows up at the institute before opening time and rarely leaves before nightfall. At times, he even stays on until midnight or past it. He has not missed the chance to contribute to administrative reform in sustainable human development workshops aimed at preparing and training the state’s cadres and young leadership candidates for civil service. His objective was higher than simply providing training to existing civil servants so that they can maintain their posts or get promoted to higher ranks or to the candidates who passed the Civil Service Council’s examinations and needed recruitment before entering the civil service. Rather, this visionary man aimed to graduate students who aspire and reach out to civil service. Thus, he instilled in them the will to reform instead of despair and frustration. He gave them hope of a better tomorrow, firmly upholding the slogan that constructive change stems from within and then grows gradually to permeate larger spaces that might one day include the entire country.

He has laid forth purposeful and modern preparatory and training programs based on the outcomes he envisaged for future civil servants who would be knowledgeable and empowered with capacity building skills. These unorthodox programs included hundreds of basic subject materials and new thematic topics aimed to transform the employee into a leader. The exemplary director was keen not to repeat himself in the successive training sessions and minded the highest professional standards while devising his programs. He selected a varied pool of professionals and trainers including intellectuals, academics, pioneers from the public administration, the public and private higher education sector and the administrative, financial and juridical judiciary as well as experts and specialists. One can clearly see that the National Institute of Administration is on an equal footing with its most esteemed counterparts in modern countries, in both the external form (the upkeep, tidiness and prestige of the building) and internal content (in terms of the human development services provided with evident affability and good will.)

You see him striving to make the National Institute of Administration a pioneering educational and training edifice granting post-graduate degrees to university graduates in partnership with the Lebanese University in building the nation we desire.

Most importantly, these tangible accomplishments have been achieved in the framework of a conscious planning for the future of the Lebanese administration, with minimal financial (the institute’s budget is still very modest compared to its spiraling results) and human resources (only twelve people work at the institute including the director).

He is the exemplary man of modern administration, the right person in the right place at the right time. He is the self-made and innovative Jamal Zaïm-Mounajed, the son of Tripoli who had faith in his humanity and country first and then in his ability to make a positive change in a complex environment with tangled challenges and circumstances. Jamal Zaïm-Mounajed has fulfilled his wish of extending beyond himself and beyond the capacities in his hands.

These are the values we wish to generalize among the leaders of public administrations and institutions; the values of sowing knowledge, experience, patience and morality so that the society can reap promising young leadership and change the destiny of Lebanon.

Shall we then start dreaming of a fruitful administrative spring in Lebanon?