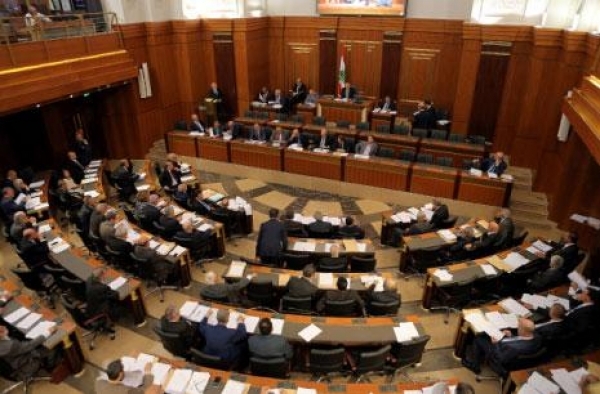 ​Below are the facts of the Lebanese presidential elections, which prove that MPs only ‘ratify’ an already agreed upon name, a reality evidenced by:
-    The lack of real competition
-    Advance knowledge of the name of the winner who is usually the sole candidate, before the voting session (except the session that resulted in the election of Frangieh)
-    The large number of votes (usually indicating consensus) obtained by the candidate
Former Elections
- President Bechara Khoury is the president under whom Lebanon obtained independence. He was elected to the presidency backed by Britain. He obtained 44 votes out of 55 in the voting session held on September 21, 1943. There were three blank ballots and the eight MPs supporting the rival candidate Émile Eddé absented themselves from the session.
- President Camille Chamoun: He was elected as a result of a Syrian-British agreement (Syrian President Adib Shishakli) which materialized on September 23, 1952 when MPs convened and voted him President. Chamoun obtained 74 votes out of 77. There was one  blank ballot and another holding the name of Abdullah Haj. One MP was absent.
- President Fouad Chehab: He was elected following agreement between Egypt and the US. MPs attended Parliament’s voting session on July 31, 1958 and elected Army Commander Fouad Chehab President of the Lebanese Republic. Chehab obtained 48 votes against seven for his rival Raymond Éddé and one blank ballot. The MPs supporting President Camille Chamoun were 10 in total and did not attend the session. Parliament consisted of 66 seats at that time.
- President Charles Helou: he also came to presidency thanks to an Egypt-US agreement. In order to complete the direction of the play, MPs gave him a majority of 92 votes out of 99 on August 18, 1964. His rival Pierre Gemayel obtained five votes in addition to two blank votes.
- President Suleiman Frangieh: the presidential competition was too fierce between the two candidates Suleiman Frangieh and Elias Sarkis and contrary to the usual trend, the results were not known beforehand. Supporters of each candidate attended the session confident that victory would be theirs, with the balance tilting slightly in favor of Elias Sarkis. The voting session was held on August 17, 1970 and ended with the victory of Frangieh by 50 votes to 49 in the second round. Some believe that the shift in Egypt’s position, which was backing the Chehabi candidate Elias Sarkis, did not arise on the spur of the moment. In fact, this shift dates back to 1969 when the Lebanese Intelligence foiled a Russian KGB operation that aimed to recruit pilot Mahmoud Matar to steal a Mirage Airplane from Lebanon to Russia, which was a close ally to Egyptian President Jamal Abdul Nasser.
- President Elias Sarkis: he won after receiving support from the regime in Syria, which extended its authority over large areas of the Lebanese territory in the face of the Palestine Liberation Organization. Sarkis was voted President in the second round of the voting session held on May 8, 1976, when he obtained 66 votes while three were found to be blank.
- President Bashir Gemayel: he made it to the presidency backed by Israel, which had invaded Lebanon in June 1982. Gemayel was voted President in the second round of the voting session held on August 23, 1982, when he obtained 57 votes against three blank votes.
- President Amine Gemayel: he became President thanks to Israeli support after the assassination of his brother Bashir Gemayel. Amine Gemayel amassed 77 votes in the election session held on September 21, 1982. Blank votes totaled three.
- President Rene Moawad: he was elected as a result of the Saudi-Syrian-Iranian agreement, which yielded the Taef Accord. MPs headed to the Qoulaya’at military airfield north of Lebanon on November 5, 1989 and voted him President during the second round after he received 52 votes against six blank votes.
- President Elias Hrawi: he was elected President by Syria’s will and obtained 47 votes during the second round of the voting session held at Park Hotel, Chtoura, on November 24, 1989.
- President Émile Lahoud: he was also elected President in conformity with the Syrian will. The Parliament’s session held on October 15, 1998 resulted in the election of Army Commander General Émile Lahoud as President of the Lebanese Republic in the presence of 118 MPs who all voted in his favor. The remaining 10 MPs who belonged to Walid Jumblatt’s bloc did not attend the voting session. Article 49 of the Constitution was amended prior to the election.
- President Michel Suleiman: he was elected President as a result of an agreement forged between Syria, Saudi Arabia, Qatar, Iran and Egypt following meetings held in Qatari capital, Doha. MPs headed to Parliament on Sunday May 25, 2008 and cast 118 votes in favor of Army Commander General Michel Suleiman.
Avoidance of Presidential Vacuum in the Future
The Lebanese might wait for a long time before seeing a new Head for their State because the decision does not lie in their hands (President is not elected by the people) nor in the hands of their representatives in Parliament who still await regional and international consensus so they can be guided into the voting session. Major modifications can be made to avoid presidential vacuum in the future, all of which necessitate a consensus:
-    Direct election of the President by the people provided that the right to candidacy is limited to the Maronite community. This can be preceded by a first round whereby Maronite voters elect three potential candidates for the Lebanese to decide later on one.
-    Submission of official candidacies accompanied by the required documentation to Parliament.
-    Considering Parliament to be dissolved if it fails to fill the vacant presidential seat within a six-month period. This punitive measure may serve as a lesson urging MPs to live up to their responsibilities instead of lying in wait for foreign and external inspiration.