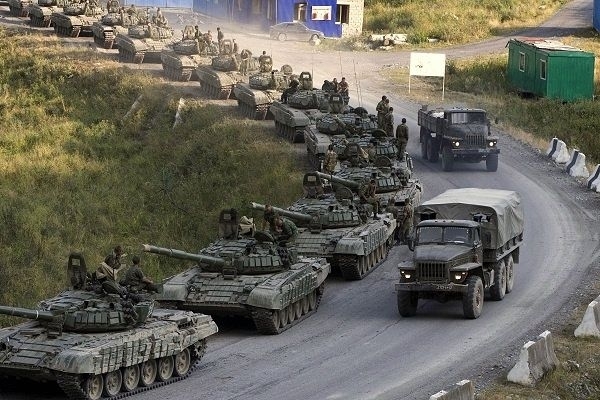 Reality
In the wake of the 1969 Cairo Agreement signed between Lebanon and the Palestine Liberation Organization, the southern Lebanese towns and villages bordering Israel were transformed into strongholds for the operations launched by Palestinian organizations against Israel. Following the 1975 Civil War and the decline in State authority, the military presence of the Palestinians escalated and Palestinian organizations exercised substitute authority in different areas, specifically in South Lebanon, where they would fire shells at Israeli settlements and incur Israeli retaliations that not only targeted South Lebanon, but also Lebanese towns and villages beyond the southern area.

Against the deterioration of the situation and the growing threat of Palestinian organizations, Israel resolved to order a military operation against them, code-named Operation Litani, with the aim of forcing them away from its borderline up to the Litani River.

Trigger
On March 11, 1978, an armed Fatah group led by female Dalal Mughrabi sneaked from South Lebanon into Israel and hijacked two buses carrying Israeli passengers. After a lengthy chase and shootout, 37 Israeli civilians were killed and 76 wounded. This massacre was the proximate cause of the Israeli Operation Litani.

Operation
On the night of 14/15 March 1978, three days after the Fatah operation, the Israeli army mobilized more than 25,000 troops and launched a massive attack against Lebanon. The operation, which lasted seven days, resulted in the displacement of roughly 300,000 Lebanese and the death of 1500. 2500 residential units were demolished and another 650 sustained severe damage. Hundreds of businesses- commercial and industrial shops- were disrupted and more than 150,000 trees were burned. Israel invaded 1100 square kilometers of Lebanese territory, including 358 cities and towns in the Qada’as of Jbeil, Marjeyoun, Nabatieh, Hasbaya and Tyre.

Resolutions 425 and 426
After five days of fighting and in response to the complaint lodged by Lebanon at the UN Security Council, the council convened and decided to issue Resolution 425 on March 19, 1978. Pursuant to this resolution, the Security Council:
-    Urged strict respect for the territorial integrity, sovereignty and political independence of Lebanon within its internationally recognized boundaries;

-    Decided, in the light of the request by the Government of Lebanon, to establish immediately under its authority a United Nations interim force for Southern Lebanon for the purpose of confirming the withdrawal of Israeli forces, restoring international peace and security and assisting the Government of Lebanon in ensuring the return of its effective authority in the area, the Force to be composed of personnel drawn from Member States;
The resolution was adopted by 12 votes to none, with two abstentions (Czechoslovakia, Union of Soviet Socialist Republics).

Resolution 425 paved way for Resolution 426, which stipulated the establishment of a United Nations Interim Force in Lebanon consisting of 4000 troops and mandated for an original period of six months that could be extended after consultation.

The Security Council later issued Resolution 427 on May 5, 1978 increasing the strength of UNIFIL from 4,000 to 6,000 troops and requesting Israel to complete its withdrawal.

New facts
The first UNIFIL troops arrived in the area on March 23, 1978. Israel started its withdrawal in April but maintained control over a 700 kilometer long border strip including 46 towns and cities under the command of Major Saad Haddad. It was decided that the Lebanese Army should be deployed in this area, but the opposition of the PLO backed by different Lebanese political forces, particularly the Jumblat-led PSP, hampered army deployment. Jumblat argued that the existing Lebanese Army formations were not qualified to handle any security responsibilities as they did not observe the real national balance in the country.

The zone remained under the command of the Israel-backed Saad Haddad who later declared the establishment of the Free Lebanon State in the Southern areas he controlled. This zone expanded after the 1982 invasion and Resolution 425 remained unimplemented until 2000 when Israeli forces finally withdrew from South Lebanon. The Sheba’a Farms, a disputed small piece of territory at the junction of Lebanon, Israel and Syria border, remained a subject of controversy inside Lebanon and between Lebanon and Israel.

Border strip
After the withdrawal of Israeli forces in 1978, 46 towns and villages remained under disguised Israeli occupation through the Lebanese Major Saad Haddad. This area was known as the border strip and consisted of the following towns:

This strip expanded after the 1982 invasion, stretching along 900 kilometers and covering 165 towns and villages. The resistance led by Hezbollah guaranteed the withdrawal of Israel from this zone in 2000 when all Israeli units were pulled back to Israeli territories.