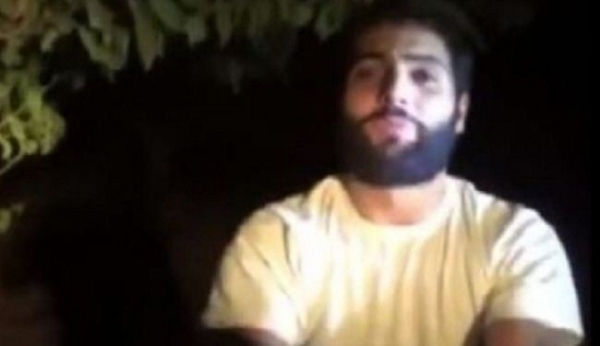 December 13
A delegation of the families of the kidnapped soldiers and policemen visits MP Walid Jumblat and designates him to speak in its name in the negotiations to be held to release the captives.
Head of the Phalanges Party, Amine Gemayel, visits Marjeyoun to inaugurate the party’s bureau in the area. Minister of Finance Ali Hassan Khalil hosts a lunch at his residence bringing together all the prominent figures of the area, including MP Ali Fayad, to honor Gemayel. In his speech, Gemayel lauds the resistance for liberating South Lebanon in 2000.

December 14
Delegations stand in solidarity with the families of the captives in Riad Solh Square and the mother of martyr Ali Al-Bazzal calls on the crowd to allow the Free Patriotic Movement MP Naji Gharios to give the speech.
An-Nusra Front tasks Sheikh Wissam Al-Masri with carrying out the negotiations with the Lebanese state.
The Lebanese Army releases Sheikh Hossam al-Ghali on parole after having arrested him on an army checkpoint as he was heading to the outskirts of the northeastern border town of Ersal along with four Syrian gunmen, one of whom one was carrying an explosive belt. Ghali was reportedly seeking to hold talks with the kidnappers of the Lebanese soldiers and policemen, upon instructions from a Lebanese security apparatus.
The Lebanese Forces leader Samir Geagea arrives in Saudi Arabia on an official visit.

December 15
Families of the kidnapped soldiers and policemen burn tires in front of the Grand Serail following statements by the Islamic State threatening to execute the troops. The families later visit the former President Amine Gemayel.
The Lebanese Forces leader Samir Geagea meets Crown Prince Moqren Bin Abdul Aziz in Saudi Arabia and commends the Saudi support of Lebanon.
Deputy Secretary-General of the United Nations Jan Eliasson arrives in Lebanon to participate in the launch of the Lebanon Crisis Response Plan at the Grand Serail and stresses that “Lebanon should not pay a disproportionate price for another country’s conflict.”
The Special Tribunal for Lebanon adjourns its sessions until January 5, 2015.
Beirut’s Investigative Judge issues an indictment in the lawsuit filed by MP Walid Jumblat, preventing the trial of Bahij Abou Hamzeh for lack of evidence.

December 16
The Lebanese Forces leader Samir Geagea continues his visit to Saudi Arabia and meets former PM Saad Hariri and a number of Saudi officials including the head of the Saudi Intelligence and Prince Moutaib Bin Abdullah. The Lebanese embassy in KSA hosts a reception ceremony in his honor.
The Lebanese Forces party suspends its participation in the work of the committee tasked with preparing a new electoral law until a plenary session is scheduled to vote on the law.
Minister of the Interior and Municipalities Nouhad Mashnouq denies the claims attributed to him, suggesting that the captives should be considered war martyrs and the case should be closed.

December 17
Speaker Nabih Berri quoted as saying that no electoral law will be approved before the election of a new president, for he should also have a say in it.  Berri adds that the dialogue between Hezbollah and the Future Movement will take place between Christmas and the New Year.
Families of the kidnapped soldiers and policemen visit General Michel Aoun who stresses that the release of the captives comes at a price and that he is not against swapping them with Islamist detainees in Roumieh as long as it is within the law.
Minister of Finance Ali Hassan Khalil heads to the Justice Palace and hands the officials a number of files exposing the theft of communal pieces of land altogether stretching across 93 million square meters in several Lebanese towns.
A number of Future Movement leaders including former PM Fouad Seniora, Minister Nouhad Mashnouq and Nader Hariri, leave for Riyadh to meet former PM Saad Hariri and discuss the anticipated dialogue with Hezbollah.

December 18
The Cabinet convenes to discuss the case of the captives and adjourns discussions over solid waste and licensing new colleges and universities until later.
Sheikh Wissam Al-Masri meets the families of the captives after returning from Ersal and reassures that he met seven of the troops abducted by the Islamic State. Al-Masri notes that the Lebanese state did not assign him to negotiate with the kidnappers.
A Hezbollah delegation extends condolences to former President Michel Suleiman over the death of his mother after a rift between the parties.
The Special Tribunal for Lebanon schedules the trial of the contempt case against Al-Jadeed for April 16, 2015.
The General Security denies the rumors about potential terrorist attacks against Rafik Hariri’s International Airport.
Minister of Public Health Wael Abou Faour exposes the violations from another list of restaurants and shops, emphasizing that the wheat silos at the Port of Beirut lack the required health specifications.

December 19
Speaker Nabih Berri receives a delegation of the families of captives and reiterates ongoing efforts to release their sons, urging secrecy to bring negotiations to fruition.
PM Tamam Salam chairs a ministerial and administrative meeting to discuss the oil topic and issue the decrees that would help launching exploration works.
The United Nations issues a non-binding resolution urging Israel to repay Lebanon USD 860 million as compensation for the oil slick it caused during the July 2006 war.
PM Tamam Salam declares a day of mourning for the 21 victims of the Algerian plane crash, concurrently with the arrival of their bodies at Beirut’s Airport.

December 20
Ahmed Fleiti, deputy head of the municipality of Ersal, announces that Health Minister Wael Abou Faour, upon instructions from Jumblat, has tasked him with mediating in the case of the servicemen who were taken hostage and assures that the kidnappers have accepted his designation.
Former French PM Francois Fillon arrives in Lebanon and drops by a number of Lebanese officials.

December 21
Grand Mufti Abdul Latif Deryan arrives in Saudi Arania for an official visit.
A plane carrying the bodies of the 19 Lebanese killed in the Algerian jet crash in July arrives at Beirut’s Rafik Hariri International Airport. The coffins were received in a solemn ceremony at the airport, attended by a large number of relatives and top state officials.

December 22
President of the Italian Senate Pietro Grasso holds a meeting with Lebanese officials during his trip to Lebanon and reiterates that Italy will continue to support Lebanon.
Iranian Parliament Speaker Ali Larijani arrives in Lebanon and holds talks with a number of Lebanese officials. He also delivers a speech at the Lebanese University commending the dialogue between Hezbollah and the Future Movement.

December 23
The Cabinet adjourns discussion of solid waste dossier until January 8, 2015.
The Hezbollah-Future Movement dialogue kicks off at the residence of Speaker Nabih Berri in Ain Al-Tineh in the presence of Finance Minister Ali Hassan Al-Khalil. The Future Movement delegation, chaired by Nader Hariri, consists of Minister Nouhad Mashnouq and MP Samir Jisr while Hezbollah’s delegation consists of Minister Hussein Hajj Hassan and MP Hassan Fadlallah and is headed by Hussein Khalil.
Families of the kidnapped soldiers and policemen reopen the Riad As-Solh road as a gesture of good will before the holidays and a sign of appreciation for PM Tamam Salam.
Hezbollah’s deputy Secretary-General Sheikh Naim Qassem receives a delegation of the families of the kidnapped soldiers and policemen and promises to exert all efforts possible to release the captives.
Iranian Parliament Speaker Ali Larijani meets Hezbollah’s Secretary-General Sayyed Hassan Nasrallah and a number of officials before leaving for Iraq.

December 24
PM Tamam Salam visits Bkerki and extends his wishes to Patriarch al-Rai for the holiday season. Salam notes that the situation is precarious and there does not seem to be a détente in the near future.
“Lebanon needs a president known for his history and for his detachment from his personal interests,” says Patriarch al-Rai in his message for Christmas.

December 25
Bkerke abuzz with visitors extending wishes and greetings for the holiday season and Patriarch al-Rai calls on General Michel Aoun not to downplay the role of the president in the presence of former President Amine Gemayel. Well-wishers include MP Walid Jumblat, a Hezbollah delegation and Nader Hariri.

December 26
After talks with a delegation from Zahle, Lebanese Forces leader Samir Geagea urges the Ministry of Industry to withdraw the license awarded to a cement factory in Zahle. Geagea also receives a delegation of the families of the captives.
The government decrees the appointment of six judges in courts of cassation.

December 27
The Future Movement commemorates Mohammad Shatah on the first anniversary of his death in a ceremony held at the site where he was killed and names the area after him. Former PM Fouad Seniora hopes that the dialogue experience with Hezbollah will be genuine and fruitful.

December 28
Patriarch al-Rai extends his condolences to the families of the troops killed by the Islamic State in Beqa’a, then expresses sympathy to the Fakhri family in Btedai.
Speaker Nabih Berri receives PM Tamam Salam who reiterates that the election of a president is the most urgent priority.
Roads blocked in the Chtoura-Masnaa area, Teenayel and near Zahle in protest of the killing of Hassan Ureibi in the hands of people from Zahle.

December 29
The Lebanese Army reinforces security measures to separate the outskirts of Ersal from the town and a number of residents try to raid army checkpoints in Wadi Hmid in protest of the measures taken, which results in the death of three among them. A delegation of Beqa’a MPs visits PM Tamam Salam and requests him to reconcile between security obligations and the interest of the residents living in the outskirts of the town.
The Presidential Palace hosts a ceremony in Baabda despite the absence of a President.
The young suspects accused of killing Hassan Ureibi in a clash in a nightclub turn themselves in.

December 30
Sheikh Wissam Al-Massri announces after meeting the kidnappers linked to the Islamic State in the outskirts of Ersal that their demand is to find a neutral demilitarized zone between Ersal and Toufail in order to protect Syrian refugees from Hezbollah and to provide hospitalization for the injured as well as to release the Syrian women.
Ministers of Agriculture and Public Health make a tour in the wheat silos at the Port of Beirut and unveil the presence of rats and pigeons near the wheat warehouse.

December 31
The Lebanese Forces and the Free Patriotic Movement issue two separate statements announcing termination of all judicial proceedings between the two parties. The number of lawsuits between the two is estimated at 100.
Speaker Nabih Berri quoted as saying after Wednesday’s meeting that the Rent Act is no longer applicable after the decision of the constitutional Council.
Minister of Public Health Wael Bou Faour states that some of the ministry’s financial statements have been tampered with, in a bid to cover up the financial scandals.
Former PM Omar Karami dies at the age of 80.