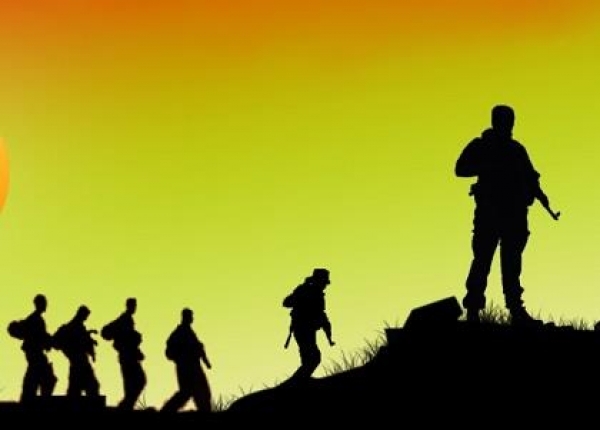 ​Following the assassination of Rafik Hariri, the withdrawal of the Syrian troops and the May 7 events in 2008, internal dissenting voices grew louder as the resistance used its weaponry to target Lebanese groups.
Thus, the disarmament of the resistance became a pressing demand for many Lebanese, while other segments continued to sanctify the weaponry, clinging to it tightly until the very last drop of blood. Below are some of the conflicting opinions regarding Hezbollah’s resistance:
“…The obscure “Army-People-Resistance” slogan can no longer persist at the expense of the state, the army, the security, the economy and the future”
(statement by Walid Jumblat during an Iftar in Semqaniyyeh in August 2012)

“…The resistance is a must as long as Lebanon is threatened by the Israeli enemy. (Salim Hoss in April 2010) ”

“…The resistance is “a Lebanese right”…that should come from within the state. It is unacceptable to violate the constitution and threaten the Lebanese  and thwart democracy under the pretext of resistance”
(statement by Saad Hariri during a BIEL celebration in April 2011)

“…The illegitimate weapons have become a national problem par excellence. The dominance of weaponry is obstructing the normality of public life in our country”
(statement by Saad Hariri in March 2011)

“…Our prime concern is the illegitimate weaponry, starting with the weapons of Hezbollah. The Army-People-Resistance formula is a flagrant heresy causing divides on the national levels”
(statement by Amine Gemayel in August 2012)

“… If they wish to attack the resistance and change the identity of Lebanon, let them do it by force, not peacefully”
(statement by MP Suleiman Frangieh in May 2011)