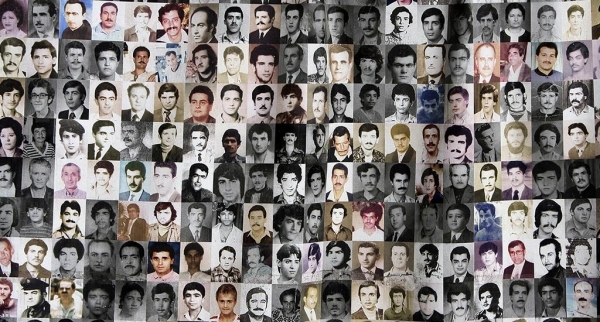 ​This problem of missing persons and detainees has been exacerbated since May 2012 when members of the Syrian opposition abducted 11 Lebanese people near Aleppo on their way back from Iran, traveling through Turkey and Syria (two of the kidnapped were later released). This development made the plight of those detained in Syria a national cause after it had previously been an issue concerning only those who are anti-Syrian, with those who were pro-Syrian avoiding it.
The Lebanese consensus on the necessity of finding a solution to this problem- be it positive or negative- and on unmasking the fate of those abducted and detained has not yet led to any results. This cause is still prominent today, along with the psychological toll it bears on families, and the legal obstacles it puts forth.
“I demand the Lebanese government to form a ministerial committee to follow up on the hundreds of Lebanese people detained in Syrian prisons; much like the committee tasked with pursuing the case of the 11 Lebanese kidnapped around 3 months ago in Ezaz, Syria”.
(Statement by Lebanese Forces leader Samir Geagea- August 2012)
“If you were champions of freedom then release the detainees, and if you were demanding justice then do not oppress them. As for this attempt to coerce, it will not lead to any results”.
(Television interview with Hassan Nasrallah, Secretary General of Hezbollah- September 2012)
“The humanitarian file has been drained, and needs to be pulled out of this political bazaar. The party will not stall in determining the fate of any Lebanese citizen wherever he might be, in realization of our moral and national obligations, and without the expectation of any political gains”.
(Interview with Ghaleb Abou Zeinab, Hezbollah official in charge of the case of detained persons within the party- September 2011)
“I will strive to make the issue of the missing Lebanese one of the main clauses in the mission of the observers that the Arab League will send to Syria”.
(Statement made by Phalange party president Amin Gemayel- November 2011).
“Work should be done to solve the problem of those missing in Syria, but I am wondering why this humanitarian case was not investigated 20 years ago. It is the responsibility of whoever was in power during the past years, and I will put an effort into raising awareness and solving this issue”.
(Statement by General Michel Aoun- December 2008)
“Syria does not admit to having any Lebanese national detained within its land, and demands the release of a thousand Syrians detained in Lebanon”.
(Statement made by former minister of Justice Ibrahim Najjar after visiting Syria as part of a ministerial delegation- July 2010).
“Demanding the committee concerned with the detainees to complete the task assigned to it as soon as possible and to issue a report about its procedures would help finalize this case”.
(From the closing statement made by former Prime Minister Rafic Hariri after visiting Syria and meeting with President Assad- July 2010).
Meanwhile the cries of the families of those detained echo on: “if they are alive we want them back, and if they are dead we want their remains”.