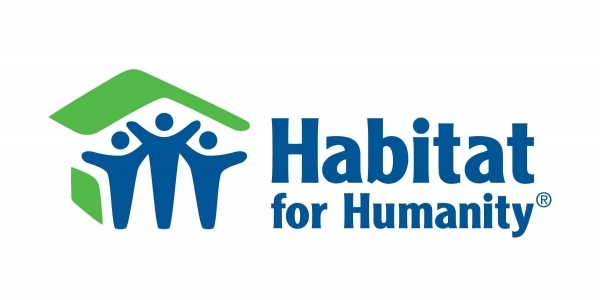 Establishment
Anchored by the conviction that all men have the right to a decent and an independent dwelling to shelter them and protect their families from the evils of the outside world, Bishop Salim Ghazal, along with David Haskell and Dani El Tayar, took up the initiative to start Habitat for Humanity Lebanon in 2001. The organization, which officially began its work in 2003, operates under the umbrella of Habitat for Humanity International, a non-profit non-sectarian housing charity with more than 70 branches around the world. It aims to provide adequate shelter to those in need and create a spirit of solidarity and cooperation in the process of rebuilding and renovating houses.
HFHL’s initial groundwork suggested forming a committee for each three or four towns that was well-acquainted with the downtrodden families in the area and could guarantee their repayment of the housing loan they would be given in cooperation with the “Circle of Dialogue and Development” within a three-year period, thus allowing other towns and families an equal opportunity to benefit from HFHL’s programs. The villages and towns of Eastern Saida were targeted first as the organization facilitated the return of the displaced Christians to their towns and houses. Work expanded and ramified gradually reaching most of Lebanon’s regions and covering to date 798 towns and 5499 families with a budget of roughly USD 8,326,000.
Accomplishments
During Israel’s attack on Lebanon in 2006, otherwise known as the July War, HFHL was one of four organizations selected to devise a work mechanism for what could be done once the conflict had ended. Indeed, the day after the cessation of hostilities, the organizations headed to South Lebanon and returned with a working paper that they filed to the Prime Minister’s office. This paper was later adopted by donors as their action plan.
HFHL reached out to several southern villages and towns where it implemented its “core house program”, providing families with funds to build their own core house,  a permanent structure of one room, a kitchen and a toilet, built on the site of the destroyed home. It also handed each family a map of the constructed site signed by professional architects along with the amounts of the material used in construction, which allows families to expand their home according to their specifications over time. 1663 families were served under this program. In the Southern Suburbs of Beirut, 12 buildings were insulated to prevent water from leaking inside them.
By the end of 2008, HFHL launched the Orphans and Vulnerable Group Program to address the housing problems of the poor and the most marginalized families. SOS Children’s Village teamed up with HFHL to finance the repairs, renovation, expansion and refurbishing of houses of those families headed by widows or single parents or having members with special needs. House repairs varied and the beneficiaries served have so far totaled 177 families in 86 towns. It is noteworthy that families repay up to one third of the loan over three years with repayment schedules adjusted to their financial circumstances.
The organization has conducted several sessions on saving, debt management and other topics geared towards improving the above families’ financial literacy and ability to manage their daily living. 531 participants so far have attended the sessions.
Responding to the much-needed yet unmet demand of low-income families for facilitated housing loans, HFHL launched its Housing Microfinance program in partnership with Al-Majmoua to offer the underprivileged the chance to invest their earnings into life-changing improvements to their homes. The program has so far served close to 2620 families across 644 towns and non-defaulting families have increased their chance of qualifying to yet bigger loans in the future.
Future plans
The influx of Syrian refugees in Lebanon resulted in the deterioration of economic conditions, especially in the Palestinian camps that suffer from overpopulation and inadequate housing conditions. HFHL therefore launched a new program targeting those Palestinian families living in poor housing. The project’s budget will allow housing support over the next two years. In the first year, the program will target 120 families all over the country. Work has already started in refugee camps in Burj Al-Barajne, Shatila, Tyre and Ein El-Helwe. Next year, the program will continue serving 15 Palestinian families on average each month.
The organization also hopes to get involved in preventing injustice against former or current tenants, particularly tenants who are not aware of their legal rights. HFHL wishes to promote the use of solar energy, for example to heat water so as to minimize inflated electricity bills. Expanding its circle of activities to reach as many families as possible is one of the goals that HFHL hopes to achieve.
Challenges
HFHL’s officials reported that one of the major obstacles currently is to maintain a sufficient level of fund-raising and to achieve financial self-sufficiency through local fundraising so that projects can be expanded and new ones can be initiated. They noted that local institutions are inconsistent in their donations, and are struggling to respond adequately to the refugee crisis. On top of this, donors are allocating aid to other sectors in need, such as health, education and women’s rights. All these obstacles make the expansion of the base of beneficiaries a challenging task.