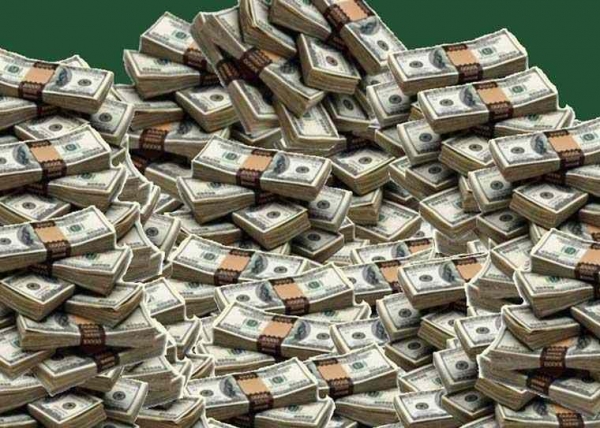 ​Birth
Henry Eddé was born in Cairo on January 10, 1923. His father, Kamil Eddé, is the cousin of President of the Republic Emille Eddé. His mother is named Isabelle.
Education
Henry Eddé pursued his studies in Cairo and later in Beirut where he enrolled at the Saint Joseph School before it was graced with the title of ‘university’. He majored in architecture at the university’s Higher Institute for Engineering and graduated as architect in 1946.
Professional life
Henry Eddé made a go at running architectural works. His successes and growing fame enabled him to expand and grow in both Lebanon and the region.  He was elected Head of the Order of Engineers and Architects in Beirut in 1961 and was later elected Secretary General of the International Union of Architects in 1967 during a conference held in Argentina.
Government and political work
His accomplishments, coupled with his descent from a political family and his friendship with his kinsman Raymond Eddé, Head of the Lebanese National Bloc, facilitated his engagement in politics and his assumption of ministerial posts. In October 1970, he was appointed Minister of Public Works and Transport in the youth government which was formed of non-politicians and non-parliamentarians by Saeb Salam under the presidential term of Suleiman Frangieh.
Eddé recounts that he was initially assigned to the Ministry of Water and Electrical Resources and that Minister Jaafar Sharafeddine (Shia’a) was in charge of the Ministry of Public Works and Transport, but the two agreed to switch portfolios, knowing that the portfolio entrusted to each of them was within the specialty of the other. His works at the Ministry were centered on improving road maintenance, keeping closer watch over the executive council responsible for major projects, approving a new construction law, establishing a new administration for civil aviation and expanding the airport.
His resignation from his post came during the draft budget deliberations in the Cabinet, when he quarreled with Minister of Finance Elias Saba over the reduction of his ministry’s budget, which crippled the possibility of him carrying out his agenda. He returned to the government as acting Minister of Education and Fine Arts representing the Lebanese National Bloc, following the resignation of Education Minister Edward Hnein. Again, his stay at the ministry was a short one, lasting only two months from August to October 1972. This time, Eddé was dismissed from his position for locking horns with the government over the general education policy that should have been put in place. He was the first-ever minister to be dismissed in the history of Lebanon. Years later, Frangieh stated that he regretted having discharged Henry Eddé.

If Money were to Rule
Architect Henry Eddé was the first to devise preliminary plans for the reconstruction of Downtown, Beirut, based on a modern architectural vision combining heritage character to urban modernity. However, Eddé abandoned his project when he realized that the decision-makers wanted the reconstruction to be a personal enrichment venture at the expense of public interest. All Prints Distributors and Publishers published the book he wrote, If Money were to Rule, in 1997 after it was translated from French. In his book, Eddé reveals that a few weeks before the referral of the city center’s master plan to the Cabinet, which convened its session prior to the elections of October 1992, Rafik Hariri who would later rise to premiership, interfered several times, which led to raising the exploitation coefficient to 20%. Eddé had estimated the worth of the state’s reclaimed area at roughly USD 400 million while Hariri, as reported by Eddé, did not want it to exceed USD 60 million.

“Ever since money has become the main driver, if not the sole driver, of political life, the great and the powerful have been looking forward to get their share of it. Experience, everywhere, even in the most civilized countries, has shown that concessions are subject to pressures of every kind and are a source of flagrant scandals. How can we fail to point here to the lack of transparency, which has become an absolute rule to exercising power and signing official deals? How many projects of substantial cost were carried to the Cabinet without being on its agenda, and even without the knowledge of the minister in question? Neither rotations were organized, nor consultations sought nor information disclosed. All the decisions concerned with large-scale works were made in narrow private circles surrounded by the Prime Minister in person,” he wrote.
Eddé challenged the foreign acquisition of land in Lebanon and made that clear in his book saying:

“For quite some time now, the government has been divulging its intention to authorize foreign acquisition of real estate properties, particularly for Arabs from the Gulf. Betting on both the profits that the landowners willing to sell their properties would make and a flow of buyers free from any obstacle or obligation, the government believes it can easily obtain from Parliament an amendment of the law in force and cancel all the limitations on the acquisition of agricultural lands and those ready for construction. Despite the current legislation, the real estate deals signed by the Arab buyers, directly or indirectly (when they exceed the authorized area), are still increasing at alarming rates. Thus, the Prime Minister who has ensured himself a huge bequest under favorable conditions may reckon that the time has come to increase the value of his investments. He, influenced by models seen in Monaco, Hong Kong and Riyadh, probably believes that a real estate speculation would contribute, along with the personal profit it would bring him, to a parallel economic development. But the geography of Lebanon as well as its distinctive features and the traditions of its people are unsuited for such models. The prices are already high and cannot afford extra increases not to mention that Beirut is in too critical a financial decision to attract further mafias and become a venue for their money laundering. Citizens, however depleted their resources become, should be able to acquire land and social and cultural equipment and agricultural investments as well as their offices, shops and factories at prices matching their means. Ignorance of these self-evident facts usurps the future irrevocably.”

Family
Henry Eddé married Miss Roseline Maqsoud in 1946 and had three children with her.


Clarification and correction
It has come to the attention of The Monthly magazine that a minor statement in the article featuring the biography of Antoun Saad, Head of the Deuxième Bureau, in the issue of June 2014, is false.
Mr. Hanna Saad contacted us by email, notifying us that Antoun Saad had 6 children not 4 as reported in the article. His children were Bassam, Hanna, Elias, Noha, Rita and Fouad.
Assuming that Mr. Hanna Saad is the son of Antoun Saad, we have trusted his input and corrected this error accordingly. Please accept our apologies for any inconvenience caused.