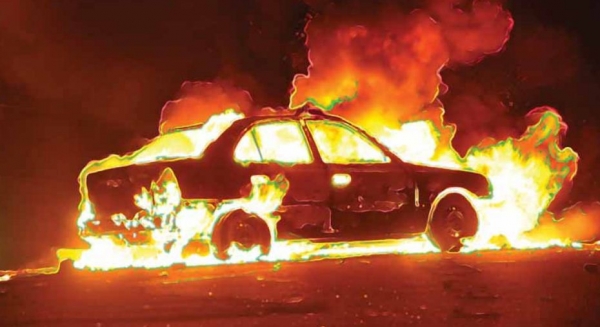 Criminals Slay and the Lebanese Pay
Since the attempt on MP Marwan Hamadeh’s life in early October 2004 and the assassination of Rafic Hariri on February 14, 2005, Lebanon has once again become a stage for security tensions and unrest. With car bombs targeting both political figures and civilians and against the backdrop of armed clashes among groups belonging to or backed by deeply polarized political parties, fatalities, injuries and severe damages have been sustained to both public and private property. Instead of coercing fighters or those backing them to compensate for the damage they have caused, especially in those cases where both the perpetrators and instigators have been identified, the Lebanese state has failed to bring them to accountability. Thus the Lebanese ended up bearing themselves the cost of damage caused by sectarian violence through the transfers channeled from the Treasury to the Higher Relief Committee.
The compensatory amounts paid from 2004 to date stand at LBP 174 billion as illustrated in Table 2. Given the quasi sectarian balance observed in the attacks- some of them targeting Sunni areas (Tripoli and Saida) and others aimed at Shia’a strongholds (Southern Suburbs and Beqa’a), the Higher Relief Committee used to release the funds unrestrainedly and without objections
While Tripoli was awarded LBP 94 billion, thus accounting for 54% of the total amount paid by the Higher Relief Committee, the compensations distributed to the Southern Suburb stood at roughly LBP 20 billion. NB: other amounts paid in compensation for damage from other explosions such as the bombing that targeted Brigadier General in Ashrafieh in October 2012 are not included in the above table.