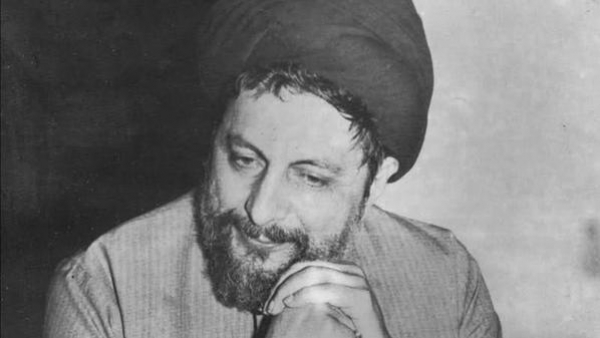 The Trip
During his visit to Algeria between July 16 and 18, 1978, Imam Moussa Sadr met Algerian President Houari Boumediene who encouraged him to visit Libya to discuss the Lebanese situation with Libyan officials amid escalating violence in Lebanon. To this end, Issam Makki, representing Imam Moussa Sadr, contacted the Libyan embassy in Algeria to relay the Imam’s wish to visit the Libyan Arab Republic. The visit approval was communicated the very next day but the Imam opted to postpone it until August 25 and the Libyan embassy in Beirut undertook the arrangement of the visit. On August 25, Imam Moussa Sadr and his two companions arrived in Tripoli-West, news that was ignored by the Libyan media, which usually covered the arrival of official visitors of a far lower standing than that of Imam Sadr. None of the Lebanese present in Libya at the time to participate in the festivities of Al-Fateh Revolution- the coup that yielded the rise of Muammar Gaddafi to power- sighted the Imam and his companions after August 31.

Libya’s position
The Libyan authorities responded to the statement on the disappearance of the Imam issued by the Higher Islamic Shia’a Council by remaining silent for five consecutive days, after which they made an official announcement stating that ‘Imam Moussa Sadr who is a prominent Muslim figure and the head of the Shia’a community in Lebanon maintains close ties with the Libyan Arab Republic and has visited it several times before.’ The statement added that Imam Moussa Sadr had arrived in Tripoli on August 25, 1978 and had taken the Flight 881 to Rome on August 31.

The facts
The investigations carried out by the Lebanese and Italian authorities into the case concluded with the following findings:
On August 25, 1978, Imam Moussa Sadr and his two companions arrived in Libya and stayed at the Al-Shate’e Hotel in Tripoli-West, the capital of Libya.

Imam Moussa Sadr met a number of those Lebanese figures who had been invited to participate in the festivities of Al-Fateh Revolution scheduled for September 1, including Talal Salman, Monah Solh, Bechara Merhej, Asaad Al-Mouqaddam, Mohammad Qabbani and Bilal Al-Hassan.

Remarkably, the Libyan media did not report the visit and the Lebanese chargé d’affaires, Nizar Farhat, did not find out about the arrival of Imam Moussa Sadr and his two companions until three days later thanks to the call he received from Abbas Badreddine on August 28, 1978.

On August 28, 1978, Nizar Farhat visited Imam Moussa Sadr who informed him that his stay in Libya was subject to the scheduling of some meetings and that he would leave if no such meetings were arranged.

On August 29, 1978, Muammar Gaddafi chaired a meeting on his Green Book attended by a number of Lebanese invitees, excluding the Imam and his two companions. The meeting went on past midnight after which invitees learned that Gaddafi had scheduled an appointment to see Imam Moussa Sadr that same night but had cancelled it at midnight and asked the Imam to wait until another appointment had been arranged.

On August 30, 1978, the Lebanese chargé d’affaires, Nizar Farhat, held an Iftar in honor of the Imam, his two companions and a number of invitees. At the end of the banquet, the Imam excused himself and took a taxi back to the hotel, saying that he might receive any moment the phone calls and invitations he was expecting from the Libyan authorities. The Imam seemed annoyed that five days had passed by without him being able to meet Gaddafi.

On August 31, 1978, Imam Moussa Sadr informed journalist Asaad Al-Mouqaddam that he was leaving the country as the promised meeting had not take place.
However, at noon, Al-Mouqaddam caught sight of Imam Sadr and his companions leaving the hotel and inferred from Abbas Badreddine’s words that they were on their way to meet Gaddafi. That was the last time he saw them. It transpired that the Imam and his companions did meet the Libyan president in the afternoon of August 31 and that what was supposed to be a friendly meeting turned into a stormy exchange of opposing political and religious views, which led Gaddafi to order his bodyguards to escort the three men out. From that moment, all traces of the Imam and his companions vanished.

In the afternoon of August 31, 1978, Nizar Farhat dropped by the hotel to check on the Imam and his two companions but could not find them. He returned at night and attempted to call them in their rooms but to no avail.

On September 1, 1978, he tried to contact the Imam and his two companions again by phone but learned from the hotel staff that they had checked out.

Contrary to the norm, the Higher Islamic Shia’a Council did not hear from the Imam despite a lapse of five days since his departure from Lebanon, which gave the impression that something had gone wrong. Subsequently, the council contacted the President of the Republic Elias Sarkis and the PM Salim Hoss to brief them on the matter.

As his recurrent attempts to call Gaddafi were futile, President Elias Sarkis decided to dispatch the Cabinet’s Secretary General Omar Msaykeh and two officers of the 2nd Division, the then Major Nabih Farhat and Lieutenant Nasouh Mere’eb to Libya.

The Libyan chargé d’affaires Mahmoud Bin Koura was dilatory in granting the delegation entry visas to Libya and ended up approving the visa for Omar Msaykeh alone. On September 19, 1978, Msaykeh travelled to Libya and met a number of Libyan officials while Libyan PM Abdul Salam Jalloud kept deferring their encounter. Infuriated by the stalling, Msaykeh threatened to leave Libya, thus forcing the arrangement for an appointment. Jalloud discredited the potential abduction of Imam Moussa Sadr and his companions and vowed to exert all efforts necessary to get to the bottom of the matter. He then informed Msaykeh that the Imam and his two companions had left for Italy aboard Flight  881 on August 31, 1978 at 8:30 in the morning, adding that their trip was so sudden that none of the official Libyan authorities had been notified about it.

Simultaneously, as the Libyan chargé d’affaires declined the visas of Major Nabih Farhat and Lieutenant Nasouh Mere’eb, the two officers headed for Italy to follow up on the investigation that began on September 20, 1978 and continued in its second phase later on September 23, 1981. Conversely, the Libyan authorities did not open an investigation into the disappearance until after over a year, on November 3, 1979.

The two judiciary investigations held into the case in Italy revealed that the Imam and his companions had never arrived in Rome and that three people had impersonated them dressed in their clothes and using their passports.

Details of the Italian investigation
Probe held at the hotel on September 1, 1978:
Two people, one of them clad in a religious habit, walked into the Holiday Inn Hotel and introduced themselves as Imam Moussa Sadr and Sheikh Mohammad Yaacoub. They occupied neighboring rooms 701 and 702 and paid their one-week stay in advance. They went to their rooms for ten minutes, then left the hotel, never to return. Staff at the hotel noted that the man who entered wearing religious garments walked out in civil outfits, with no beard or a moustache.

When shown the photographs of the Imam and his companion, the hotel staff reported that they were incompatible with the description, because of the height of those men they had observed at the hotel lobby and on their way to the rooms.

The plane crew also denied anyone fitting the description of the Imam having boarded its Flight 881 from Tripoli-West to Rome on August 31, 1978. Two other passengers on the same flight denied having seen the Imam look-alike on the plane.


Investigation with the General Security at Rome’s Airport
Passport control officers on duty on August 31, 1978 denied any similarity between the photographs of the Imam and his two companions and the people whose passports were checked that night. It also turned out that someone had impersonated Abbas Badreddine by using his passport before the General Security at 23:35 pm on August 31, 1978 and declaring that he would check in at Sunlight Hotel. There was no evidence whatsoever to suggest that he had gone to the hotel.

Later, staff at the Holiday Inn found the passports of the Imam and his two companions in one of the two rooms and it turned out that the Imam’s diplomatic passport had been distorted. Baggage checks also revealed that that some of the Imam’s documents, clothes and personal belongings were intermixed with his companions’ and that strangers’ clothing were tucked into their bags.  In one of the bags, the Imam’s wrist watch was found with a broken case and without its strap.