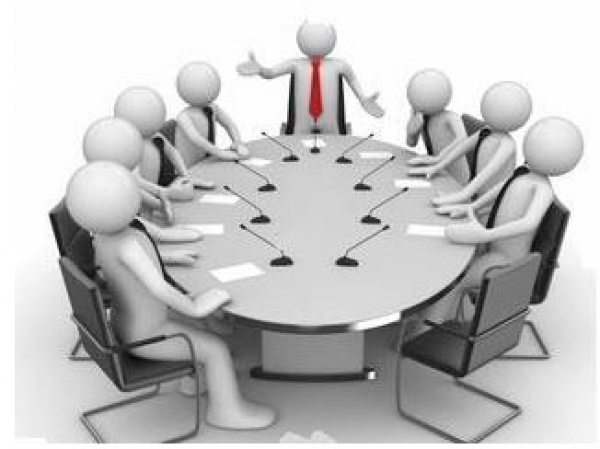 When was the Civic Influence Hub established and what were its main objectives?
The Civic Influence Hub is a lobbying body that emerged in April 2012. It works towards unifying the Lebanese over exemplary social and economic plans under the ‘federative economy’ umbrella. The hub consists of 35 founding members and 400 activists, both male and female, from all sectors. It is a self-financing entity that accepts no donations or grants and lives solely off the contributions of its trustees. The CIH’s structure is far from the traditional civil society. Neither the Board of Trustees, nor the Board of Directors or the team, has a Chairman. Likewise, members of the Board of Trustees are not only fund providers, but active people that are keen on presiding committees. We work with decision makers to help provide both holistic and sustainable policies, beginning with the technical and scientific, proceeding to the administrative and institutional, the legal, the legislative and the financial and ending at the service of the citizen. On the other hand, we urge the public to participate in shaping such policies.

What do you mean by ‘federative economy’?
Federative economy is a philosophy designed to transcend mere theorization through practical exemplary plans. It is rooted in five primary principles, at the forefront of which is the dire need to mobilize all the Lebanese around the central issues affecting their day-to-day lives  despite their steep vertical and horizontal divisions with a view to lift them up from the worries of narrow politics to the rewards of large-scale national policies. This mobilization can only be achieved through socio-economic plans starting with infrastructure and ending with labor and social protection policies. Third among these principles is the necessity to build a solid partnership between public and private sectors in order to make these plans a success. The investment capacity of the Lebanese state is only 3% while the remaining 97% of the public budget is allocated for salaries and debt servicing. Hence, there is an urgent need to involve the private sector in the making of policies for partnership purposes, not for ambitions of privatization.

Fully aware of the importance of engaging all the Lebanese in the planning, thinking and execution through their participation in the bodies that would surface to regulate the relevant sectors, the ‘federative economy’ espoused the expansion of the public-private partnership to include citizens as well. Finally, the success of a certain sector is a function of close scrutiny and supervision and knowing that Lebanon lacks the culture of accountability, we deemed it fit to transform the civil society from a desperate watcher on the sidelines into not only an active player in planning but also a watchdog for monitoring execution.

Why did you put the water sector specifically in your sights?
Actually, Blue Gold is the first initiative of the CIH and we are now in the process of preparing a plan for transportation.The political and media platforms abounded in the past three years with talks and debates on gas and oil. The Civic Influence Hub opted for another area that had never obtained its due share of attention: water. Hence, we embarked on the five-year Blue Gold plan designed to manage the water sector, holding to an unwavering belief that water is Lebanon’s primary and most vital resource. We collected all the water-related studies conducted since 1877 to date and formed a team consisting of 40 experts, from both public and private sectors as well as from the civil society. After a year and a half of ongoing efforts, experts came up with a fully-fledged plan based on 3 fives: a five year plan between 2015 and 2020, a cost amounting to USD 5 billion and an expected surplus of 500 million m3 by 2020.

How real is the severity of the current alleged water crisis in Lebanon?
Lebanon’s water resources are not in crisis. The real crisis lies in water management, or rather in the lack thereof. The decline in rainfall recorded in the winter of 2014 does not sound the alarm about a water crisis. Rainfall has had normal averages between 1943 and 2014 but we have not exploited them as a preventive measure that would spare us the repercussions of rain scarcity if and when it occurs. What we are facing is a water shortage, if I may say. Blue Gold experts report that, considering its underground water, surface freshwater and sub-marine springs, Lebanon is seen as a country with an immense wealth of water.

It is true that we do not possess the same quantities of water we had twenty years ago, because several socio-demographic and climate changes have come into play. Yet, all these factors do not justify the current calls for water importation nor do they warrant the persistent wastage and the poor management in the sector. To say that we do not have water is highly inaccurate and this is best evidenced by the fact that water tanks are delivered to the household or the workplace within a maximum of ten minutes. Today, the population pressure imposed by the massive influx of Syrian refugees, coupled with the changes in climate, should be a real opportunity to devise a serious water policy in Lebanon.

Today, I would like to put the projected surplus for 2020 aside and focus on our priority, i.e. how to achieve self-sufficiency. Is anyone aware that the leakages in our domestic water networks are as high as 45% and the percentage of water wasted in agricultural irrigation is 65%? There is no water rationalization in the industrial and tourist sectors and generally the culture of water is lacking. Lebanon makes use of 17% of its rainfall, which means only 1.8 billion m3 out of 9 billion m3.

People mistakenly think that the shortage is due to scarcity in rainfall at a time when only mismanagement and the absence of a national water policy should be held responsible. Unfortunately, the Lebanese still suffer huge burdens as far as water and food bills are concerned because water security affects both food safety and public health.

What is the content of your plan?
Our plan is based on a simple slogan: “Water is neither a need nor a commodity. It is a national wealth that should be preserved and properly managed.” The plan tapped into all areas: the traditional irrigation practices responsible for water wastage in the agricultural sector, the maintenance of water networks in a bid to address leakages rationalization of water. The Civic Influence Hub proposed a slew of rapid measures to fix the problem including the exploitation of the Al-Assi and Al-Damour rivers, the rationalization of water starting with new drop-irrigation models, reforestation, the management of artesian wells, the majority of which- 60% to 70%- are either licensed with a political cover or unlicensed and the preparation of a master plan that determines the most suited areas for drilling and how to put these wells to good use.

The logistic possibility of exploiting under sea springs has also been a focal point in our plan and cooperation with the Lebanese Army Command is under way to explore this option. Along the same vein, it turned out that roughly 138,000 m3 can be pumped from Chekka alone on a daily basis. Municipal unions are invited to organize meetings and deliver water instructions to all sectors working under their scope and pilot plans are being discussed with the Municipality of Naqoura and the Byblos Municipal Union as well the Rayhan Municipal Union. Water rationalization is an urgent need that must be addressed, not only through awareness campaigns on radio and TV but also through tangible measures taken by local authorities and the sectors operating under their scope.

What is your next step?
We are working at three main levels. First, we believe that the execution of an active water policy cannot materialize unless the power to decide in water-related matters is vested in one single authority. Therefore, we have suggested the formation of a Water National Council and endeavors are under way to devise a draft law that would result in the creation of this entity. The council will revolutionize the traditional criteria established for previous councils in Lebanon, thus presenting a modern example based on a participatory approach including public-private-citizen partnership. Experts are working with the bar association in Lebanon to finalize this draft law. We are working towards the formation of small council whose CEO and board members are specialists in the field.  Channels of communication are open with decision-makers and we are pushing effectively yet calmly towards changing their mindset. The possibility of failure cannot be ruled out but neither can that of success and we have the right to choose the latter. We will campaign in the media and exert all pressures necessary on both decision makers and the public to pull off this project. Voting allows people to support Blue Gold and remains a mean to gauge the attitudes of people towards similar issues. We have visited a number of universities in Lebanon and we are reflecting on how to cooperate with the Universities’ Association of Lebanon to increase awareness and widen the debate on water policies, thus engaging the academia in shaping water policies as well.  To sum it up, we are active on three major fronts: legislative, operational and a third related to the level of awareness.

How do you respond to the critics who have accused you of attempting to privatize the sector and put it in the grip of capitalists?
The criticism we have received was given in good faith and is therefore deemed friendly, for it has paved way for earnest debate on issues of major concern in the country, such as privatization. We are clearly talking about a public-private-citizen-partnership. This vital sector, water, shall remain in the possession of the state and the engagement of the private sector is only aimed at improveing the service and the productivity and to create a competitive climate that would eventually result in lower costs. The chapter assigned for the socio-economic impacts of Blue Gold forecasts 4000 permanent jobs and 400,000 seasonal jobs. The plan is also expected to generate a return on investment of 12% for the private sector, 12% for citizens who would be working as partners in the sector and 23.5% for the state. No privatization whatsoever is in our mind and mismanagement is the sole monopolizing factor in the equation.

We are not a water group to begin with and we will not have a hand in the investment or the execution of Blue Gold. We are a lobbying group that has raised the debate on a public affairs’ issue across all sectors and we continue our legislative activity to finalize it. The CIH will not partake in execution but will instead act as watchdog policing the entire process.

Would you like to add any final words?
Our initiative was never a reaction to the current water scarcity. The CIH had detected the looming   danger before it materialized and had therefore embarked on devising the Blue Gold plan as a proactive and preventive measure that revived the role and the status of one of our most fundamental resources. This is part of the strategic planning that should dominate all sectors, from water to electricity to transportation to salary policies. The vision, coupled with the will and the competencies, can work miracles.