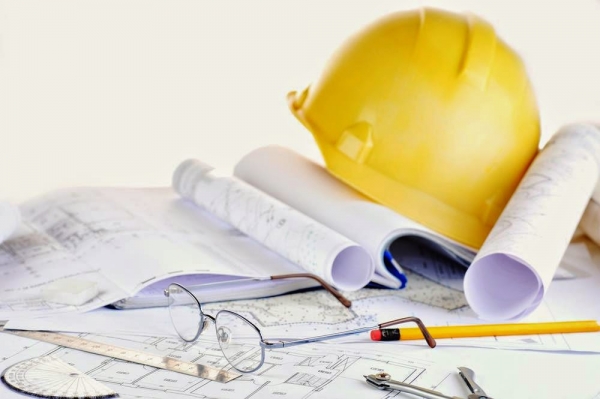 Birth and upbringing
Mohammad Mounir Najib Khatib, son of Adelle Khatib, was born in the town of Mazboud,  Eqlim El-Kharroub,  in the Shouf Qada’a in 1927.
Education
Mounir Khatib obtained pre-university education at the Frères Maristes College in Saida, and later at Makassed.  He dreamed of becoming an aeronautical engineer but opted eventually for civil engineering. He  joined the University of Michigan in the United States where he graduated with a Bachelor’s degree in Civil Engineering in 1953 and with a Masters degree in Structural Civil Engineering in 1955.  He worked as a Structural Engineer  for two years in the US before returning to Beirut in 1957 to pursue his  goal of establishing an  Engineering firm  from his homeland, Lebanon and make it grow throughout the Arab world and beyond.
Career
In 1959,  Mounir Khatib founded the Consolidated Engineering Company, whose name was transformed four years later  to ‘Consolidated Engineering Company - Khatib and Alami’- more  commonly known today as K&A- when Dr.  Zuheir Alami partnered with Mounir Khatib in 1963.

The lack of consulting engineering firms at the time made Khatib and Alami a pioneer in the realm of engineering. Soon, the new partnership between the two founders yielded one of the largest and  most trusted consultancy firms in the Arab Region and  throughout the world.

Khatib and Alami’s commitment  towards the highest standards of excellence and ethical and professional practice has elevated the business to rank among the top 50 international design firms.  Motivated by the diligence and dedication of its founder who not only acted as  President and Chairman of the Board, but also maintained a very close relationship with the company’s  technical advancement , the firm was able to deliver visionary engineering projects and consulting services.  The mega infrastructure projects, iconic buildings, neighborhoods and cities designed and built throughout the Arab World are evidence of the unparalleled accomplishments of the firm and its state-of-the-art expertise.
“The principles he upheld and lived by continue to inspire generations to value the true meaning of dedication and determination“
Today, Khatib and Alami operates in several countries around the world including Saudi Arabia,  UAE, Oman, Qatar, Kuwait, Bahrain, Iraq, Syria, Palestine, Jordan, Egypt, Libya, Algeria, Morocco, Sudan, Ethiopia, Nigeria, Gabon, Kazakhstan, Belgium and the USA. Its multi-national  and multi-disciplinary staff of over 5000 engineers, technicians and administrators have enabled the company to continuously rank among the top 100 international design firms as published by the Engineering News Record (ENR).
Positions
His success in the private sector  made him in demand for work in the public domain. Between 1967 and 1977, he served as Chairman of the Board of Management of the National Authority for Reconstruction, which was in charge of reconstructing those towns and villages hit by the 1956 earthquake. . He was also appointed as a five-year member in the Board of Directors of the Council for South Lebanon upon its formation.
In, 1991 Mounir Khatib was elected Head of the Lebanese Order of Engineers and Architects. His influence was not only felt through his restoration of Bayt al-Mouhandes (Engineer’s House), damaged and set ablaze during the war, and his establishment of registration system for building, but was also manifested in the bylaws he drafted to reactivate the role and significance of the Order of Engineers and regulating the profession.  His contributions in promoting and supporting laws and regulations related to the construction and building industry are too many to list.
Mounir Khatib’s engagement in private and public affairs did not reduce  his passion for knowledge, teaching and interacting with high-achieving students. The dedicated teacher continued to lecture as Associate Professor at the American University of Beirut, between 1957 and 1973 and later between 1982 and 1986. “Despite the international success of my company, I still cherish my days as a professor at the  AUB as the best in my life,” said Professor Khatib during a celebration held by the Faculty of Engineering to honor Mounir Khatib and Zuheir Alami on September 2009.
Professor Khatib received the Bestowal of Honors from the International Engineering Alumni Chapter. He was also honored in 2003 with the Order of Cedars, officer rank.
Family
He married his relative Jamila Khatib, daughter of the late minister and MP Anwar Khatib and sister of former minister and MP Zaher Khatib. They had four children: Adelle, Samar, Rima and Najib. Lebanon bid farewell to Mounir Khatib on September 23, 2010. His -83 year abundant journey teemed with work and leadership and demonstrated what it is like to be a self-made and visionary man. The principles he upheld and lived by continue to inspire generations to value the true meaning of dedication and determination.
Paying tribute to the memory of Mounir Khatib, his family established a scholarship in his name to educate bright underprivileged students in Engineering at the Lebanese American University.