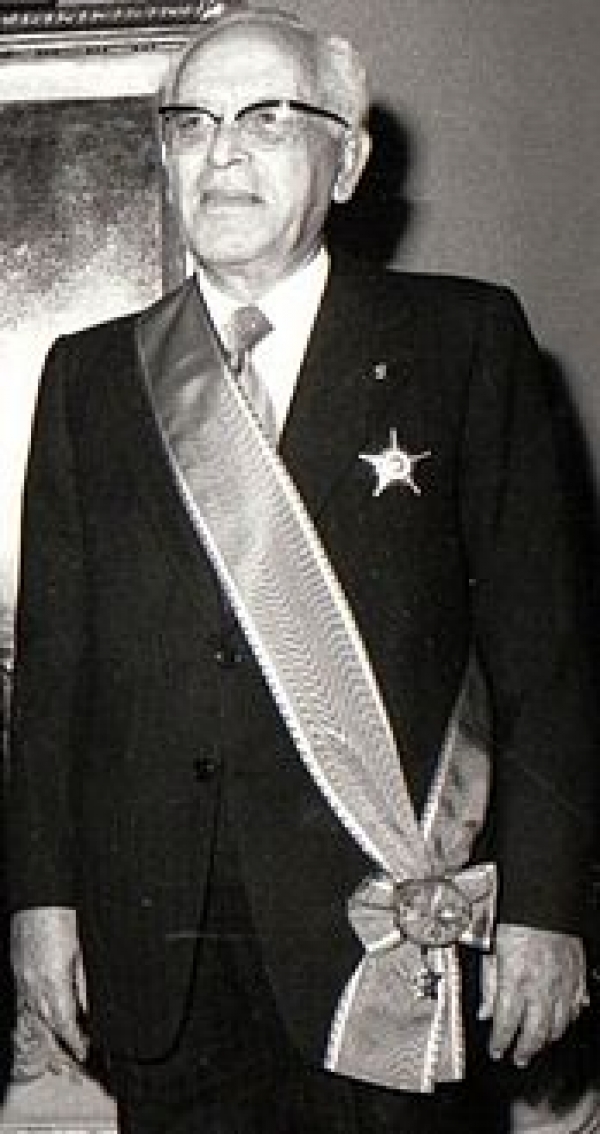 The presidential elections of 1970 were affected directly by a number of preceding events including the following:

1. The parliamentary elections held between March and April 1968 which were divided between Chehabism and the Tripartite Alliance. Chehabism was a movement supportive of former President Fouad Chehab, the Army and the Deuxième Bureau, while the Tripartite Alliance comprised former President Camille Chamoun, Sheikh Pierre Gemayel and Raymond Eddé. The fierce electoral battle resulted in the victory of the Tripartite Alliance, particularly in three Christian Qada’as of Mount Lebanon: Baabda, Matn and Kessrouan, which was deemed a discouraging prelude for the Chehabists to the presidential battle that was two years away.

2. The Soviet attempt to hijack a Lebanese Air Force Mirage in September 1969 by luring Pilot Mahmoud Mattar, which the Lebanese Army intelligence thwarted by setting up a trap for the Soviet Secret Service, and thus infuriating Egyptian President Jamal Abdul Nasser and Moscow’s ally, Kamal Jumblat.

3. The Cairo Agreement signed in November 1969, which resulted in the expansion of the armed Palestinian presence in Lebanon as well as their gradual interference in the country’s domestic affairs, thus arousing the rancor of Christians. The dismissal of Army Commander General Emile Boustany who drafted the accord in Cairo raised the ire of Egyptian President Jamal Abdul Nasser who reportedly wished to see Boustany in the presidential seat.

Numerous names were on the table: Fouad Chehab, Camille Chamoun, Raymond Eddé, Pierre Gemayel, Abdul Aziz Chehab, Farid Dahdah, Suleiman Frangieh and Jamil Lahhoud. The actual electoral battle began at a meeting held at the Carlton Hotel in Beirut when the 19 attendees decided to nominate Fouad Chehab for presidency, a move that was deemed both a challenge and a provocation to Chehab’s opponents. In response, President Camille Chamoun and MP Raymond Eddé, at the forefront of other Chehabi rivals, espoused the nomination of Sheikh Pierre Gemayel for presidency in order for him not to support the Chehabi candidate. Speaker Sabri Hamadeh set July 30 as the date for the election but then adjourned it on July 28, two days before the set date. However, in view of the numerous developments that had arisen in Lebanon and the region in the past few years and after two major Lebanese leaders, Kamal Jumblat and Pierre Gemayel, turned away from him, Fouad Chehab announced that he would not run as candidate reportedly saying: “people expect miracles from me at a time when miracles have become impossible. They will not demand the same from Elias Sarkis and they will help him out.”

The Deuxième Bureau men were thus instructed to get ready for the battle. MP Kamal Jumblat had nominated Major General Jamil Lahhoud, father of the former President of the Republic Emille Lahhoud, for president, without demonstrating opposition to Suleiman Frangieh, who was Minister of National Economy upon his election, nor to Jean Aziz should the Centrist Bloc decide to nominate any of them. Camille Chamoun voiced support to Frangieh as did Raymond Eddé, leaving open the possibility of agreeing over the candidate approved by the Centrist Bloc.

PM Rashid Karami headed for Cairo to gauge the position of President Jamal Abdul Nasser on the elections as did Kamal Jumblat who was inclined not to vote for Elias Sarkis in reprisal for the Deuxième Bureau’s reaction to the Mirage incident, which had offended the Soviet Union.

Egyptian President Jamal Abdul Nasse was an advocate of Chehabism and had great influence on a number of Lebanese MPs and politicians. He was not thrilled about the nomination of Sarkis and told Sami Khatib upon his visit to Egypt to seek support for Sarkis “I do not know the man and I prefer if Chehab himself would go back to the presidency given the cruciality of the stage,” adding that eventually he would rather maintain neutrality in these elections.

At 5:00 pm on August 17, the security forces blocked all the roads leading to Parliament. Captain Antoine Saadeh, who was in charge of security oversight, allowed hundreds of gunmen coming from Zgharta, both his and Frangieh’s hometown, to access Parliament vicinity. Some accounts suggest that they even reached the premises of Parliament.

All 99 MPs attended the session in the first round of elections which yielded 45 votes for Elias Sarkis, 38 for Suleiman Frangieh, 10 and 5 votes for Pierre Gemayel and Jamil Lahhoud respectively and one vote for Adnan Al-Hakim. Given that none of the candidates received a majority of votes in the first round, a second electoral round was held. 100 votes were cast, exceeding the number of MPs by one. Some reported that Zgharta’s pro-Sarkis MP, René Mouawwad, cast two votes in order to spoil the electoral process and repeat the election thus improving the winning prospects of Sarkis. Others suspected that Raymond Eddé had cast the two votes.

A third round was thus scheduled and concluded with 50 votes for Frangieh against 49 for Sarkis. Speaker Sabri Hamadeh deemed the election illegal as none of the candidates had gained a majority of votes and decided to adjourn the session to hold deliberations, at which point Frangieh stood up and waved threateningly at Hamadeh saying “I am the President of the Republic whether you like it or not.” As Parliament’s security guards drew their guns to defend Hamadeh, Zgharta’s gunmen showed up and encircled them and the mounting tension was about to culminate in a massacre. It was reported that Hamadeh quickly called former President Fouad Chehab who asked him to announce the results. Frangieh thus became President of the Lebanese Republic by a margin of one vote.