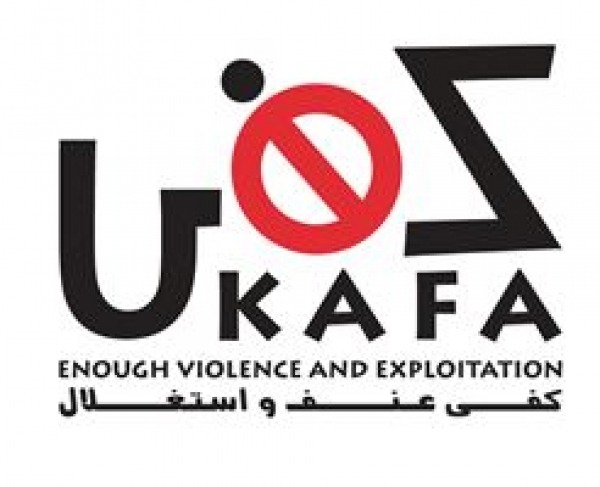 Women’s rights organization KAFA endeavored to put the Protection of Women from Domestic Violence Act on the agenda of the joint parliamentary committees. After this laborious path, are you satisfied with the final form in which the law was approved of?

Upon ratification of the Act in Parliament and later upon by the President of the Republic signing it, we were disappointed especially that the President had heard our outcry. We expected him to send the Act back to Parliament or at least not to sign it in order to express his reserves. Prior to that, we were also shocked at the MPs’ failure to live up to their commitment. We communicated with all parliamentary blocs, including 71 MPs who advocated both the amendments we proposed to the law and the objections we raised and acknowledged the need to incorporate them in the final draft. Much to our surprise, the MPs did not keep their word in Parliament nor did they even fight to adopt the amendments, and in addition the Act was not given the attention it deserved during the parliamentary discussions.

What are the major amendments you proposed but were not considered?

As far as the amendments are concerned, our propositions paid close attention to the details in order to obtain the optimal and most equitable act once and for all. When life-threatening violence occurs, female victims usually report it to the Public Prosecutor’s Office- directly or indirectly through police stations- seeking protection measures. This entity is authorized to detain the abuser for two or at most four days, but lack the jurisdiction to issue a protection order for a longer period and the woman is therefore referred to the Judge of Summary Matters to obtain it. Any delay in issuing the said order puts women at risk of escalating violence because in the meantime the abuser will be at large, not to mention the financial burdens that the appointment of a lawyer entails. In order to facilitate and simplify the mechanism thus sparing women both the hassle and the risks, we requested that the Public Prosecution be vested with issuing protection orders instead of granting this power to the Judge of Summary Matters exclusively.

Furthermore, the Act does not criminalize all types of acts of violence in the household. Undoubtedly, I think it is only fair to extend gratitude to the judges for the notable jurisprudence developed in this context. However, the Act still lacks a lucid enumeration of all types of the acts of violence such as the deprivation of liberty, verbal abuse, humiliation, etc.

Our third amendment addressed marital rape. In 2011, Dal El-Fatwa, followed by the Higher Shia’a Council, viewed that there was no such thing as marital rape and thus refused to recognize it as a form of abuse. KAFA urged the criminalization of non-consensual spousal intercourse and called on amending the term “with the intent of redeeming spousal rights” mentioned in the text. This term justifies the use of violence on the grounds that intercourse is a mandatory spousal duty. They forced the religious concept of “spousal rights” into a civil act and applied it to everyone, which is unacceptable, let alone that the law punishes the abuser for the misdemeanor, i.e. it punishes him for the physical abuse he causes during rape rather than for the act of rape itself.

Fourth, the law stipulates that the restraining order shall include the victim and those assisting or living with her if they, too, are exposed to danger. Children under the legal age of custody shall also benefit from the order. However, since one can only speak of custody in the case of divorce, we protested over the custody concept. Secondly, the age of custody differs from one sect to another and sometimes even between girls and boys within the same sect. The insertion of the custody concept thus discriminates among child victims because it covers some and excludes others, not to mention that the woman will be reluctant to report the violence for fear that the protection order might not necessarily shield her children from danger.

Finally, we drafted the protection measures in the bill based on our practical experience with abused women, but MPs chose to standardize the measures and apply them to all family members.

How do you plan to continue what you started towards the approval of the law to which you aspire and which guarantees full protection for women?

The law has entered into force and we are currently implementing it. Despite the loopholes, it would be unfair to negate the achievements we have made with respect in particular to protection measures, especially that a specialized Internal Security Forces division will soon come into being to tackle complaints and take action. We will certainly persist in our endeavor to push through the amendments we raised either through a draft law presented by a Member of Parliament or by redrafting the bill anew when a more favorable environment allows it: at the moment the current presidential vacuum has paralyzed the country.

Who would you hold primarily accountable for the domestic violence phenomenon: the judiciary for failure to acknowledge the rights of women and to do them justice? The indifference of law makers towards domestic violence ? The lack of transparency in the collection of forensic evidence? The patriarchal society which continues to find excuses to justify the injustice befalling women?

You cannot blame it on one party and spare the others. I believe that the patriarchal concepts inculcated in the minds of our male-dominated community remain the festering tumor that gnaws at the mindset of MPs, parents and society at large. All of these have a responsibility to make a difference. Neighbors should not be afraid to report suspected cases of abuse; parents should stand by their daughter and encourage her to break the silence and MPs should live up to their legislative responsibilities and approach the case of domestic violence more seriously. Justice remains the only recourse that can bring satisfaction to victims and their families and we have recently seen some promising and advanced orders such as the order issued by Mount Lebanon’s Investigative Judge against Roy for driving Christel Abou Chacra to commit suicide.

Have the legal reforms proved useful in preventing the violence phenomenon and is legislation enough in a male-dominated eastern culture that justifies killing women under the pretense of restoring the family’s honor? Are there official statistics on this subject?

It was hard to obtain such statistics in the past. However, after institutionalizing the work, we now hope that we will be able to obtain much more accurate numbers through files and documentation. A few years back, KAFA did not receive 5 or 6 calls daily or 2600 calls annually as is the case today. This is proof that women have become more likely to speak up and seek help. We have assisted in the release of three protection orders in one month. We do realize that legislation alone does not solve the problem. There is a pressing need for strict implementation and for radical transformation of the deep-seated patriarchal norms but in the presence of entities keen on raising awareness, following-up the cases and bringing culprits to accountability, law can and will ensure a certain degree of justice.

We are fully aware that what we aim to achieve will not be easy or without obstacles. We are trying to penetrate a static male-dominated system, embedded in our social fabric for thousands of years. But we will persist in our pursuit to change and break the rigidity of these anti-woman archaic models.

How do you assess the support of social media to your cause?

Our goal is not to advertise the name of the association. Communicating our message is what we want to achieve above all. We look at media outlets as our partner. Like all social segments, the media is concerned with our cause as much as we are and we consider it part of our team. Media campaigns have certainly helped us shed more light on violence and make our voice heard more rapidly. They have also constituted a lobbying force both on law and decision makers and we owe them gratitude for their support and coverage of our cause.

Do you have any final words to say to those women who are afraid of reporting domestic violence and to their families?

I would like to reassure Lebanese women that violence against women is a global controversy and they are not alone in this. This knowledge alone should create solidarity among them and empower them to surmount their fears. I urge every female who is being victimized in any way possible to call the nearest police station immediately and report the abuse or to contact us at our hotline 03-018 019.